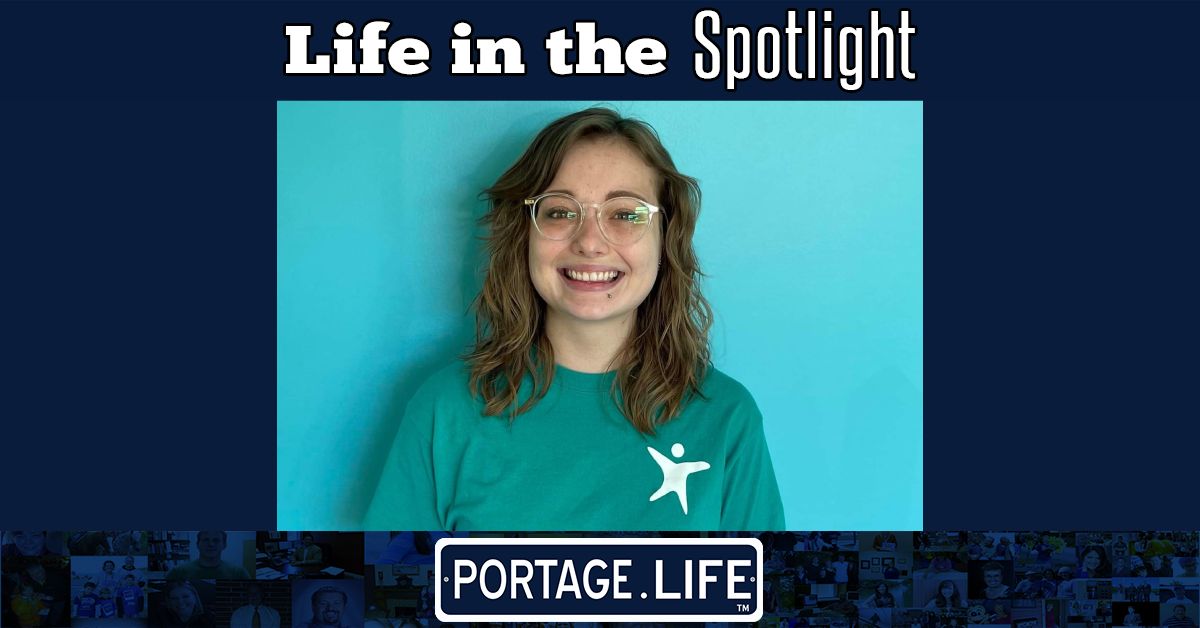 Kind-hearted people like Ryan Dempsay help make the world a better place one child at a time. Dempsay may have started out her career pursuing something completely different from where she’s ended up, but life led her down the path she was meant to follow, and she’s made an irrevocable difference in the Northwest Indiana community.

Dempsay grew up in Chesterton, Ind. and graduated from Chesterton High School. She started her college journey at Valparaiso University and transferred to Indiana University Northwest to earn her bachelor's degree in psychology.

Because mental well-being has always been important to Dempsay, she thought going into the mental health field would be the perfect fit. However, after working in the industry for a while, she realized she needed a change.

“I enjoyed it for a while, but it was just a little bit too intense for me, especially having my own mental health issues. I was just not in the space to do that type of work with teenagers. I just wanted to move on to something a little bit different,” said Dempsay.

Dempsay started job searching and stumbled upon an Indeed job listing for a Registered Behavior Technician (RBT). She had never worked with kids with disabilities before but decided to give it a shot. It didn’t take long for her to completely fall in love with the work. She worked as an RBT until last October when she accepted a therapist position at Lighthouse Autism Center, and was recently promoted to Senior Therapist. Dempsay is thankful for the path life has led her down.

“It's definitely a unique field that I had never really known existed before I stumbled on Indeed and found the posting for it, so it's just one of those things. It's funny how things work out, and I'm super glad I came upon it,” said Dempsay.

Dempsay loves Lighthouse and the work she’s doing so much that she’s working on going to graduate school to get her master’s degree in Applied Behavior Analysis. She’s already completed one semester and is working on finishing her schooling.

Dempsay feels that the best part of her job is getting to work with the children. She loves that she gets to help them and see their progress every single day. She is so proud of the kids and how awesome they are.

“They're amazing. They constantly just amaze me with their skills and their abilities. Sometimes, I work with nonverbal kids and I work with kids who don't know how to express their emotions and things like that, but just seeing the things they are capable of, and they're all so smart and they just don't always express it the same ways that neurotypical people do. The kids are just remarkable,” said Dempsay.

If there’s one thing that Dempsay would like people to know about ABA therapy and the work she does for Lighthouse, it’s that ABA therapy is extremely beneficial to kids. There are many misconceptions about ABA therapy—many people believe that it is harmful to children or that it tries to change who a child is, but that just isn’t true.

“We're not trying to change the individual, but we are trying to change some of the behaviors that are maybe maladaptive, or are harmful to the kids and other people. Also, we're not just trying to do behavior change, but we're also trying to teach them life skills and different skills that will help them be more independent and help them communicate with us,” said Dempsay.

Dempsay hopes that more people will do deeper research on ABA and talk to people in the field about what ABA actually is because she knows how beneficial ABA can be for children with autism.

“I've seen the improvements in the kids firsthand,” said Dempsay. “It's really remarkable.”

Dempsay is grateful for all her program managers at Lighthouse for being such great leaders and role models. She’s especially thankful to her direct manager Megan Davis for being such a wonderful mentor.

“She is just super knowledgeable. She really knows what she's doing. I love seeing her interact with the kids. She's always on top of all her stuff, and she's a great model for how to do therapy. I definitely look up to her,” said Dempsay.

Family is also very important to Dempsay. Her parents and sister have been a huge support system in her life, and she doesn’t know what she would do without them.

“They've always been super supportive. I know not everybody has that in their family, so I definitely really appreciate all they do for me,” said Dempsay.

In her free time, Dempsay loves to indulge her creative side. She enjoys photography, painting, and writing poetry. She’s proud to live in Northwest Indiana where there is so much support for the creative community and people pursuing their dreams.

“I think people are super passionate around here. There are a lot of people starting their own businesses, there are a lot of small local businesses that are super amazing, and I love the community support that everybody seems to have. There's a lot that goes on. Everybody kind of jokes saying, 'Oh, I want to get out of Indiana,' but I think we forget about the value of the things we have here,” said Dempsay.

Ryan Dempsay's story just goes to show that sometimes life, and a bit of luck, leads a person down the most rewarding paths. Dempsay is proud of all the work she and her coworkers have done at Lighthouse to improve children’s lives, and she’s excited to see how Lighthouse will continue to make a difference in the Midwest.