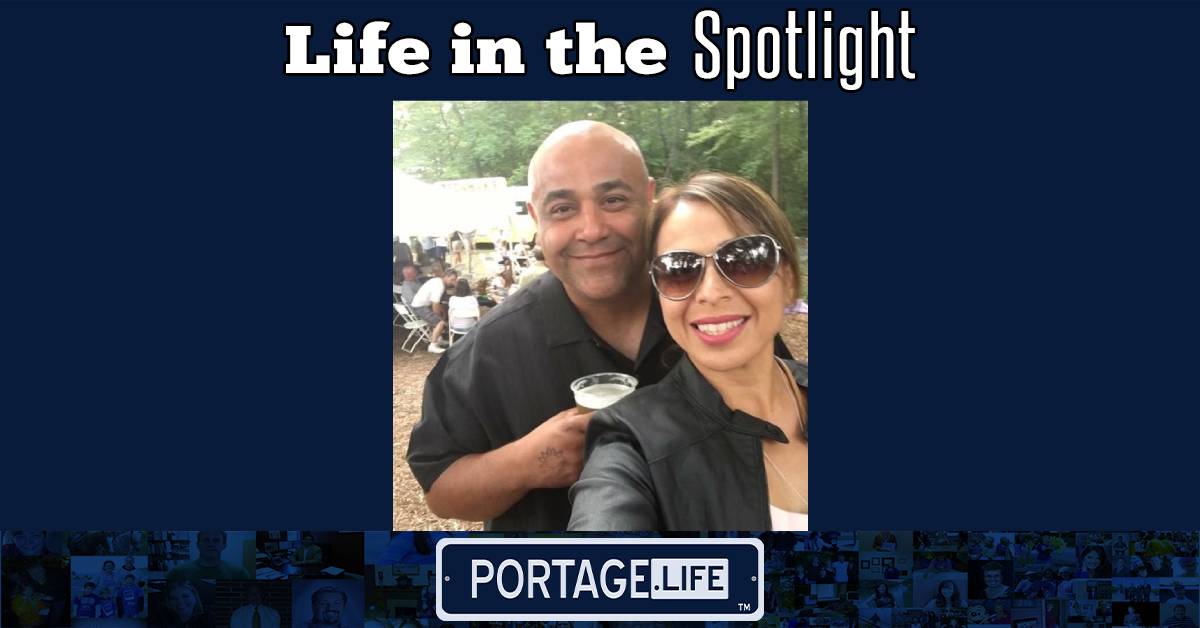 “You can’t tell anyone this. It’s a little embarrassing. But it’s kind of funny,” said Rolando “Roly” Martinez about what inspired him to be in the business of making people happy.

So, of course, we’re going to reveal.

The 1970s pop idol and younger brother of the famed Bee Gees was the first concert Martinez attended. He was nine years old. His older sister begged to go see the show, and Martinez’s parents obliged, as long as she took her younger brother.

“I got a chance to jump on the side of the stage, and I stared down at the audience, I saw a sea of people crying and just in complete ecstasy – so much happiness and so much joy - and I think that’s why I got into the business.”

By age 15 in his lower west side Chicago Pilsen neighborhood, Martinez, a musician, decided he was going to be a star.

“In 1984, just about every banquet or church hall in the Chicagoland area had a Saturday night dance. I was trying so hard to get booked at them, but nobody would book me,” Martinez said. “My mom told me it was probably because I was so young, and nobody was taking me seriously. She told me I should try to hold my own dance, so I did.”

Martinez scraped up some money and within a month, rented a banquet hall and booked his bandmates to play the gig. He was expecting 200, maybe 300 people tops. But 1,800 people showed up at $3 a head, and a young businessman was born.

“I found myself renting that facility for the next seven years every Friday and Saturday nights,” he said.

Over the years, his business progressed from banquet halls to larger venues and night clubs. Martinez was a full-fledged concert promoter.

By age 18, the love of his life delivered more motivational news. Martinez was going to be a father.

“I decided right there and then that I was going to flip this city upside down if I had to, to provide for my family.”

He toiled for the better part of a couple decades as a concert promoter, vinyl record store owner, CD store owner, and musician, at one time operating up to 16 CD stores in the Chicagoland area.

“I came home to my wife after a stressful day one day and said: ‘Let’s get out of here,’” Martinez recalled. It was time for a change. The family scouted the Region, bought a lot in Portage, built a house, and moved in the day after their fourth child was born in 2004.

It’s been quite a journey. Building on his knowledge of the entertainment business, Martinez started an entertainment publication that promoted the vibrant music scene in Northwest Indiana.

“There weren’t a lot of concert halls – just Star Plaza Theatre, really – but there were hundreds of bars and everyone had live music and entertainment,” Martinez said.

He slowly transitioned out of that over the years, and today Northwest Indiana knows Roly Martinez as the friendly owner/operator of Gastro 49 Pub & Eatery in Chesterton, and Big Time Burgers & Brews in Portage. At the end of October, he and his partners will open Barque Barbeque and Bourbon in Portage as well.

Martinez started in restaurants by opening a pizza joint first. The transition into the restaurant industry wasn’t difficult, but he is one of those hands-on owners/operators involved in every part of his restaurants’ operations. He works hard.

Martinez was inspired to open Gastro 49 when he saw the budding craft beer industry in the Region.

“I had business owners telling me, ‘Nobody’s going to pay $5 for a beer around here. It’s just not going to happen,’” Martinez said. “But I knew there was an opportunity, and I wanted to open a restaurant that would support our local breweries and give them a place to showcase their products.” Both Gastro 49 and Big Time Burgers & Brews feature local craft beer.

Martinez has a strong conviction for supporting the local community that has been so supportive of him and his family.

“When I moved here, I took a big step. But I always found Portage to have a strong sense of community,” he said. “When we were having our house built, I was at a gas station in Portage getting a gallon of milk. I started talking to the lady in front of me and mentioned that I just moved from Chicago. She smiled big and said, ‘Welcome to Portage,’ and I was like – wow. This place is my home.”

It's the reason he continues to invest in his community.

“I thought I wanted to be an entertainer, but I turned out to be the person who just wants to bring people joy. To this day, I’m still looking for that. When someone stops me and tells me their burger is delicious – I get goosebumps. It’s about making people happy, giving people good jobs, paying them well,” he said.

Martinez also is committed to guiding others to success.

‘Everything I have ever done and probably will ever do is because someone was nice enough to take me by the hand and tell me, ‘Do it like this. This is the way it works.’ So I do that with everyone who works for me, as much as I can.”

When Martinez meets with his partners, sure, they talk about business and money. But mostly – it’s about people.

“It’s all about making sure we keep inspiring our people. Let’s teach people how to be entrepreneurs. You can’t hold on to people like they’re plaques on the wall. You have to bring them in, inspire them, challenge them, change some beliefs, and let them succeed.”

For all it’s worth, Martinez said every ounce of his personal and professional success is due to his wife’s unwavering support.

“If it weren’t for my wife (Lynda), we’d be living in a cardboard box. Every time I have failed, she has stood by me, in front of me, and told me, ‘Shake it off. Keep going,’” Martinez said.

So how does he keep going?

“I think a lot of people say they want to be happy, but what they really want is peace. And peace comes with someone leading you and giving you that sense of satisfaction, and convincing you that you matter and are making a difference. My customers have no clue how much they matter to me.”

Martinez said his three grown sons, teenage daughter, wife, and everyone around him – business partners, customers, employees, friends – keep him grounded in a community he loves, so he can just keep doing what he loves to do: make people happy.