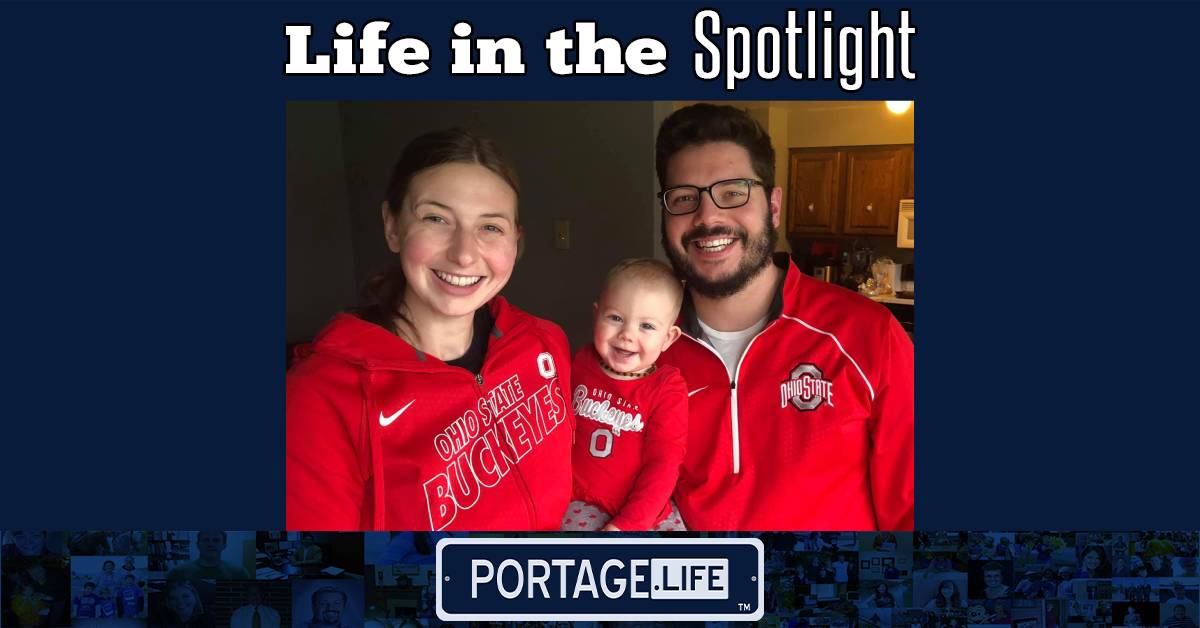 Reed Sapp is the former Youth Ministry Pastor at Real Life Community Church and is known for his passion and love for kids and young leaders in the community. Although he is moving to Cincinnati, his impact on the youth in Portage will stick around for years to come.

Growing up in Ohio, Sapp learned the fundamentals of leadership and teamwork through his involvement in sports like football and baseball. As a pastor’s son, his faith has always been an integral part of his life and eventually lead him to accept his calling as a youth pastor his freshman year in high school.

“For me, I just want students to know that they’re so incredibly unique and valuable because that’s something Jesus teaches,” said Sapp. “Their skill set is wired to who they are, and they can make a giant impact on the world around them if they tapped into that.”

Sapp majored in Youth Ministry at Olivet Nazarene University where he met his wife, Ariel. There, he was part of a student group that travelled around to churches in the Midwest to gain public speaking and teaching experience.

“Ministry is like any other profession where you get book knowledge but as far as real world experience, you don’t get it until you do it,” said Sapp. “It’s a totally different side of learning experience and preaching is no different.”

It was that group that led him to Portage Grace before he knew Portage was even on the table for him. A short time later when Sapp was looking for a new job, the head pastor at Portage Grace threw his name out and Real Life reached out with an offer for Sapp to impact students.

“We try to break the mold of what church looks like,” said Sapp. “I feel like a lot of kids have a negative connotation of what church is, and we want kids to show up and know that they belong here.”

One of the biggest challenges Sapp sees is that current leaders are failing to build up future leaders, that they are losing the relational aspect.

“I think we lose out on a lot of leaders because we don’t effectively build them up and encourage them,” said Sapp. “That’s what Christianity is; it’s not about rules it’s about that relational love that Jesus talks about.”

Sapp wants leaders to see that if they stopped to learn about the younger generations and aided them in search of what they need while trying to understand their culture, then those generations could change their entire city or even the world.

“Gen Z is the most technologically savvy culture ever, but also the most depressed,” said Sapp. “If we stopped complaining about who they were and started investing in and building them up and tried to understand what they wanted and needed as a culture, it would change everything.”

But most importantly, it’s about giving everyone a place to belong and a family to come to and invest in. Sapp’s passion for building and investing in leaders has allowed him to be a part of some of the most important parts of students' lives and watch them grow up. It’s also led him to his dream job in Cincinnati.

“This new position is still in student ministry, but it’s on a bigger scale. I get to invest and build up professional leaders,” said Sapp. “I get a little bit more needed resources, and this is an opportunity that I’ve always kind of dreamed of.”

Anywhere he goes, Sapp always shares his passion and impacts those of everyone around him. Portage will miss him and his family greatly, but their impact in Cincinnati will be much greater.