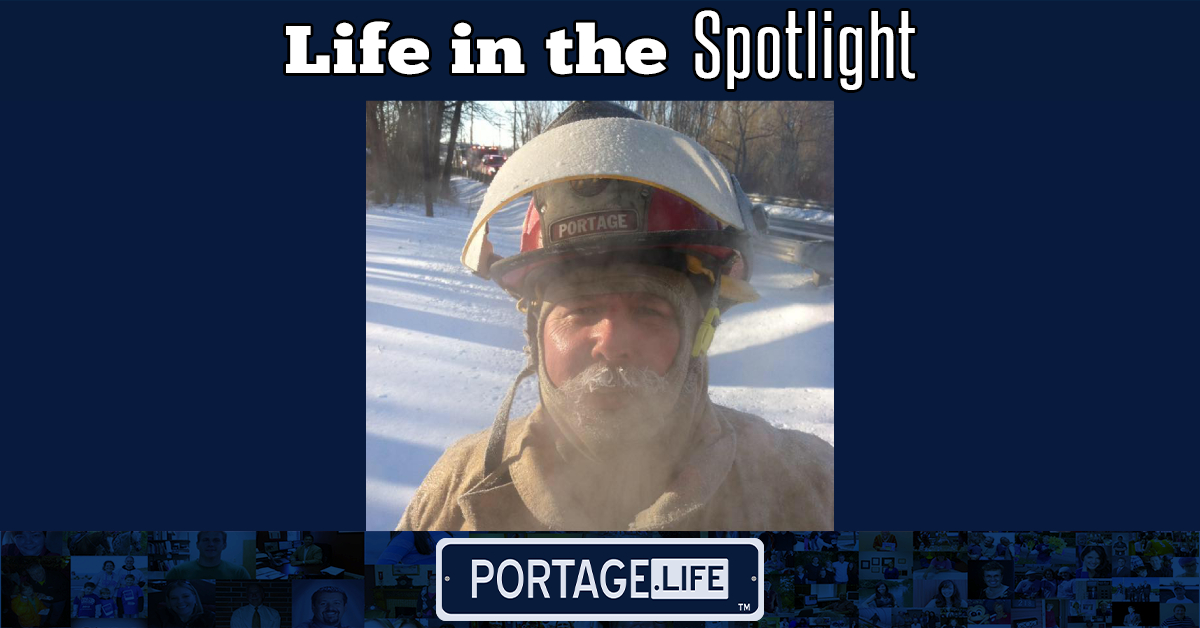 Protecting and serving the community is one of the most important things a public servant can do. Fire captain Randy Wilkening serves his community with a smile and seemingly endless hours of hard work.

Coming to Portage in 1990 from Merrillville, Wilkening has spent the last 33 years as a firefighter, 25 of those at the Portage Fire Department. But his desire to help the community was rooted at a young age.

“My mother was a nurse, and I have two uncles who were also firefighters, so I come from a long line of firefighters,” he said. “ I am now a Captain, and that alone has put me in the spotlight of the community, but I’ve been involved in it since I was 25 years old.”

The life of a firefighter is never easy, but Wilkening has great friends both at work and in the community who he can decompress with after a stressful shift. He also enjoys spending time with his family, including wife Robin, his two sons, and granddaughters.

“My biggest props go to my wife. If it wasn’t for her, my community involvement may have been only so-so. She’s a dynamo,” he said.

Wilkening said the rewards of the stressful work always outweigh the difficult cases as a firefighter and paramedic.

“It’s really nice when you save someone and then later one day you see them walking down the street, and you get to say ‘hi’ to them.”

And then there’s the age-old, albeit friendly-in-the-end police/fire rivalry. Wilkening said the members of the Portage Police and Fire departments have their jokes, but in the end, they’re all in it for the same reason: to help people, and to save them.

In fact, he’s been on the other end of that.

“I’ve actually had a fairly significant experience in this realm. A combination of police and fire work saved my life,” he said. “I went into cardiac arrest last year. My wife started CPR on me, then a buddy of mine who’s also a fireman and lived two houses down took over. A police officer showed up and had an AED (automated external defibrillator), they defibrillated me, and I woke up. If it wasn’t for that combo of wife, fireman, and off-duty police officer, I wouldn’t be alive,” he said.

Wilkening weathers the friendly rivalry well, also because he’s on the Portage Swat Team as a paramedic, so he works with officers regularly.

His favorite humorous story: when one of the police officers joked about starting a dumpster fire to give Wilkening something to do for a change.

“A little while later, we got a call to a dumpster fire, and he pulled up almost in a panic, telling us he swore he didn’t start it,” Wilkening laughed. “It’s a good rivalry and when it comes down to it, we all have the same job to do, and I think we get that done well.”

Wilkening’s public service goes beyond his job. He volunteers with the Portage Family YMCA, First United Methodist Church, Sons of American Legion, and is a CPR instructor.

Wilkening said one of his proudest accomplishments so far in the community has been his work with the Portage Park Foundation, helping build Hannah’s Hope Playground. The playground is all-inclusive for children with disabilities, and one of the largest of its kind in the Midwest.

“I think it’s neat to watch the overall growth and see all of the new things that are coming into the Portage community,” he said. “Getting to see the playground being built is a wonderful thing for the kids. There isn’t another special needs park for miles. It was so great to see the community come together to help build it.”

When not working within the community, Wilkening likes to get on the golf course or head to the bowling alley, where he sports a respectable 214 average. The most unique of all his hobbies, though, would be his ability to play the bagpipes - a skill he learned 15 years ago from the Hammond firefighters band.

“I know it doesn’t fit - a German bagpipe player sporting a kilt - it doesn’t match, but I love it,” he laughed.

Wilkening knows that the grind never stops to make Portage a better community and he encourages everyone to find some way to get involved.

“Come to an event and volunteer, and talk to someone. Pretty soon you’ll be involved in everything,” he said. ”We have so many organizations doing great things, and the more people that get involved the more they see how much fun the city is.”

For his granddaughters, who could carry the torch with community involvement wherever they grow roots, he has one solid piece of advice:

“Learn as much as you can, and always listen.”