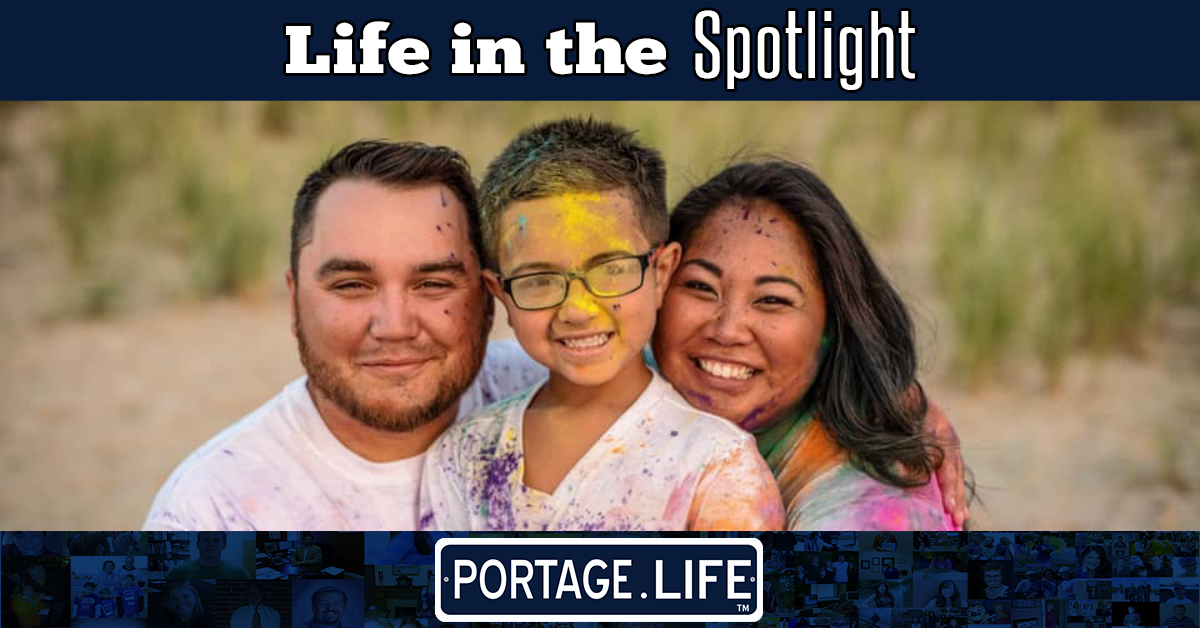 The face of a school tends to be its teachers, but there’s a whole crew of talented and passionate individuals that help keep the classrooms running. Nathan Ramian, Web Coordinator for Portage Township Schools, is one of those people.

Ramian is a lifelong Region resident. He grew up in South Haven, with his whole family living just blocks from each other. He credits that family as his biggest influence, and biggest supporter in getting him to where he is now.

“I have a huge family and they work extremely hard, they’re everything to me,” Ramian said. “They’ve always been so supportive of what I’ve done in my life. Most of my family works in education, so that helps too.”

Working in the same school system he graduated from is a special experience for Ramian. Especially considering Tim Kunstek, a big personal role model for him, still works at Portage High School as Dean of Students.

“When I was in high school, I was Mr. Kunstek’s teacher assistant,” Ramian said. “Mr. K’s been there for me my whole life and has helped me through a lot.”

Having Kunstek as a role model, and so much of his family working in education, helped Ramian know what he wanted to do early after finishing school. From there, his own personal interest in technology helped him focus in on his ideal position.

“I love technology and how it works,” he said. “I feel the youth need to know all about tech, and how it could affect them. It’s important to give back to the community that helped me get to where I am now, and to help younger generations get to where they need.”

Outside of his work as a web developer, Ramian is also a JV baseball and JV girls basketball coach.

“There’s really no down season for me,” he said. “As soon as basketball ends in February, it’s off to baseball workouts.”

Coaching kind of runs in the blood. His dad, grandfather, uncle and uncle’s wife all coach basketball in the Region. His wife used to coach softball at Portage and is still a middle school basketball coach in Chesterton. He sees it as another way of giving back to the community that he came from.

“I value giving back as much as possible,” he said. “If it’s not helping a neighbor out with something or a community organization’s fundraiser, I’ll look for anything to help better our family and community.”

When he’s not working or coaching, Ramian enjoys time with his wife Joylyn, and son Jayden. He also takes part in competitive slow-pitch softball during the summer and enjoys a getaway to Florida with his wife each September.