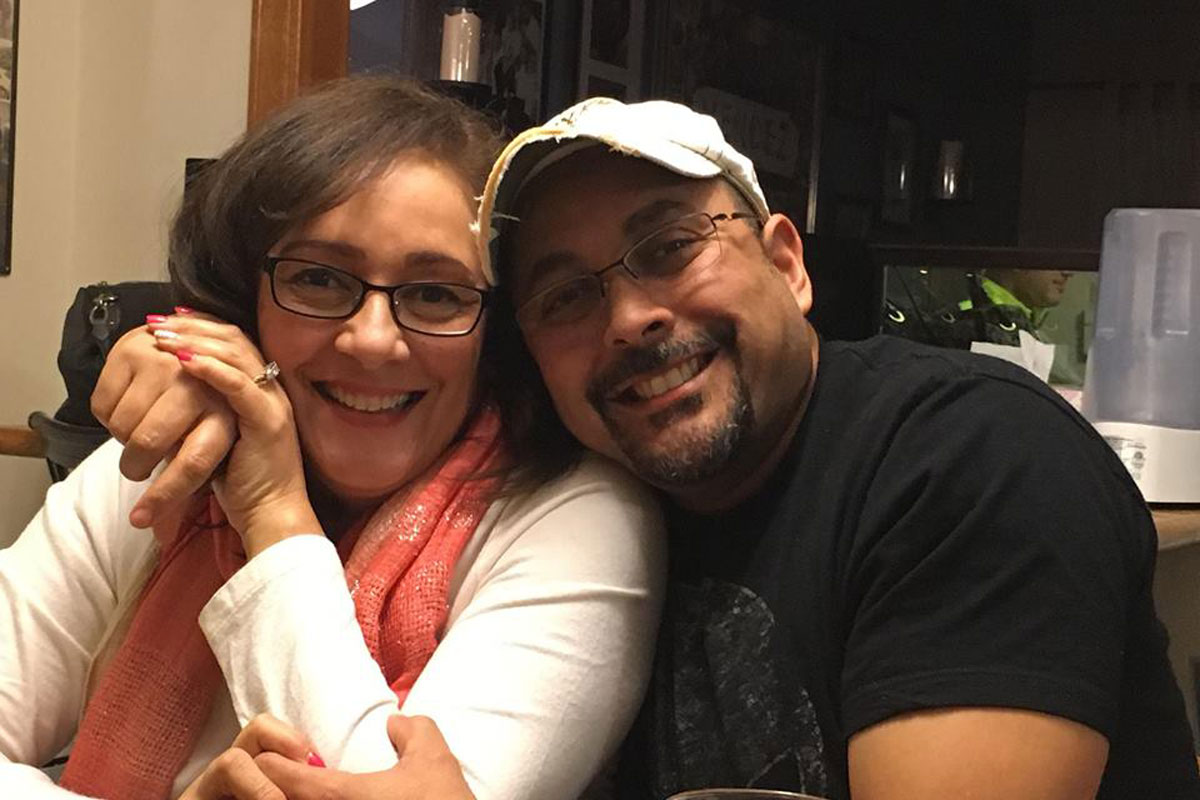 Nancy Mendez-Lopez, Assistant Vice President and Branch Manager for Centier, has always worked hard, for not only a community she loves, but also her family she would do anything for.

She was born in Gary, Indiana, but spent her adolescence in Lake Station, where she attended River Forest High School. During her high school career, she was a member of the National Honors Society, Pep Club, and the Majorettes, while also working in the school office.

After graduating from River Forest, Mendez-Lopez attended IUPUI in Indianapolis, where her college career took a slightly different path one may expect.

“I was a non-traditional student,” Mendez-Lopez said. “I went to school full-time for a year, but then I had some life changes. So, I decided to go to school part-time and work full-time, and I did that for the next eleven years, until I finally got my degree.”

Mendez-Lopez received her Bachelors in Business with a focus in Finance from IUPUI. Her path to her degree may have been a little longer than others, but it always had the same destination from a young age.

“My parents were from Puerto Rico, and I was the only child that wasn’t born in Puerto Rico,” Mendez-Lopez said. “They really pushed me to go to school, to get a degree, and I think that was a really big driving force for me.”

Business always interested Mendez-Lopez, so when she graduated from college, she went into a few different industries, including sales and banking. She eventually started at Bank One, where she began as the assistant manager and worked her way up to manager during the four and a half years she worked there. That’s when an opportunity with Centier opened that she couldn’t turn down.

“A former co-worker from Bank One had called me and told me there was a job opening at Centier in Portage,” Mendez-Lopez said. “I had just bought my house in Portage in December of 1995, and by April of 1996, I was working for Centier and have been for 21 years now.”

As Assistant Vice President and branch Manager, Mendez-Lopez runs the day-to-day operations for the branch, doing loans, opening new accounts; essentially, she is responsible for the growth of the branch.

“It doesn’t seem like a job that is different every day, but it is,” she explained. “I love the variety in this job. I’m also a people person, so I get to work with some many different people from different walks of life.”

During her free time, Mendez-Lopez loves to camp with her family and scroll through Pinterest looking for healthy recipes for her and her family. She also takes part in a bowling league, something she has always wanted to do.

“When my husband was going back to school, I remember thinking to myself that I’m not just going to sit at home alone when he was in class!” she said. “So I went to the bowling alley and signed up for a league, even though I didn’t know anyone! But by the end of the season, I was friends with everyone.”

Mendez-Lopez has been married to her husband, Jay, for 10 years and has three children: Jonathon, Jazmine, and Matthew, who, when he was 18-years old, passed away.

“I’ve seen a lot of adversary in life,” Mendez-Lopez said. “But I always try to stay positive and happy.”

The adversary in Mendez-Lopez’s life has been plentiful, but the Gary native uses that adversary to her advantage and pushes herself forward.

She uses that philosophy to help those who need it. When her husband was diagnosed with cancer years ago, she stood by his side; Mendez-Lopez and her husband, now a five-year cancer survivor, take part in the annual Relay For Life to raise money for cancer research, something that even 10 years ago was non-existent.

“I remember sitting in the doctor’s office with my husband and the doctor said something that has stuck with me,” Mendez-Lopez explained. “He told us that if this was 10 years ago, we wouldn’t be going over a treatment plan, we would be going over funeral plans. Cancer research is so important so that’s why we have started taking part in Relay For Life.”

This is just one of the ways that Mendez-Lopez has been a part of her community. From her time at Centier, to her new role as the Treasurer for Portage’s Rotary Club, to her volunteer work for her community and family, Nancy Mendez-Lopez has done so much for Northwest Indiana and without a doubt, will continue to do so.