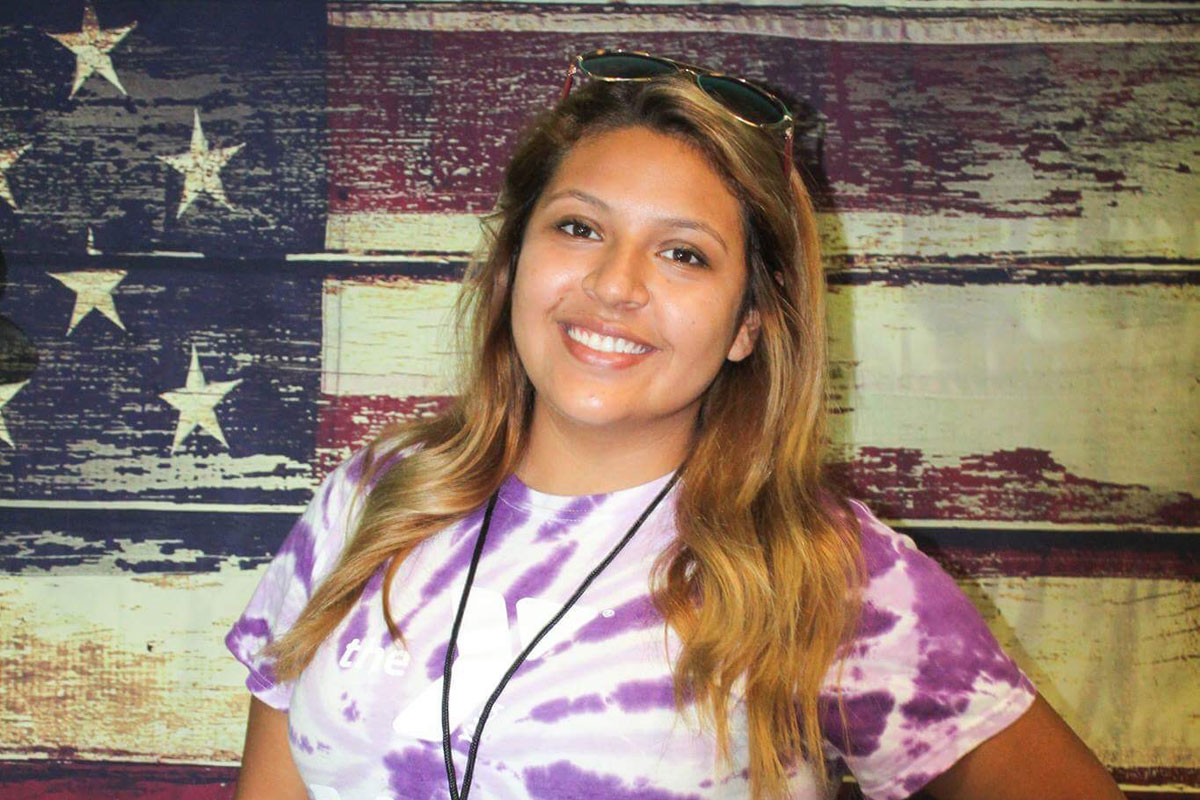 Melani Candia, former SACC Coordinator for the Portage Township YMCA and current University of Central Florida student, has always had a passion for working with kids. As the SACC Coordinator and now a student studying Special Education at UCF, Candia is following her mother’s footsteps in a tradition of teaching excellence.

Born in Bolivia, South America, Candia moved to Southern Florida at a young age. She attended Piper High School and graduated in 2011. She didn’t participate in many after school activities growing up as she watched over her sisters after school. But thanks to the Portage Township YMCA, Candia was able to make up for that.

“I had to watch over my sisters a lot, but I think I made up for that now,” Candia explained. “My position at the YMCA was, ironically, coordinating the after school programs.”

After graduating from high school and taking a few years off to work, Candia received her general Associates degree in Arts before making the move from Florida to Northwest Indiana in July of 2016. It was a big move, but an exciting one for Candia, who was looking for a fresh start.

“I was looking for a chance to grow as a person and I definitely got that in Portage,” she explained. “I was very welcomed into the community and it kind of ingrained that sense of community into me that Florida never did.”

Within a few days of making the move from Florida, Candia began working for the Portage Township YMCA as the SACC Coordinator. In this position, Candia was tasked with overseeing the before and after school programs and the summer camps.

“To sum it up in one word, children,” she explained. “The way that I explained the job to people who thought it was kind of a mouthful was that I kind of saw myself as a principal. I tried to lead my staff and my counselors, and I try to interact with the children as much as possible, especially when it comes to times when I could mediate.”

The Portage Township YMCA works hard to provide a fun and welcoming environment for members, employees, and the entire community. And as a new community member, Candia felt that sense of family right away.

“If it wasn’t for the Portage Township YMCA and me working there, I think I would have hightailed it back to Florida!” Candia explained. “Everybody was incredibly welcoming and it made me feel that I had my YMCA family. I think of them all very dearly and they instilled that sense of community in me; my coworkers and the children as well.”

Candia recently left her position at the Portage Township YMCA in order to continue her education at the University of Central Florida. There, she is planning to study Special Education and continue in her mother’s footsteps.

“Honestly, it’s stayed with me since I was in seventh grade,” she said. “My mom was a teacher before me in Bolivia, and I think it has trickled down through the genes, because I haven’t pictured myself doing anything else.”

When Candia isn’t working with kids or studying to become a teacher, she loves to run and misses the trails Portage had to offer. She also is an artsy person and loves to make crafts.

“I like to think I am an artsy and crafty person,” she said. “That definitely came in handy during camp when something would fail epically and I would have to come up with something for the kids to do.”

Candia also loves to spend time with her family, who she has missed during the year she has been away.

“I will say that my year away from them has definitely made me realize how important they are to me,” Candia said. “I think we all can sometimes take family for granted, and I definitely don’t any more. I miss them dearly and they are what makes me a better person to be around and to work with.”

For more information about the Portage Township YMCA, go to www.ymcaofportage.org.