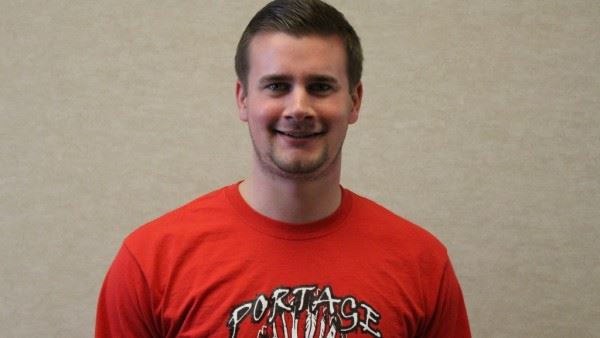 Matt Plawecki has always loved soccer. He played on the pitch in middle school, in high school and in college. But now, his favorite sport has offered him a new adventure.

Plawecki will take over as the Portage varsity girl’s soccer coach this year. Last year, he taught biology classes at Portage, but the sparkling Warpath will be brand-new territory for him.

“I am ready to get started,” he said. “I don’t even know what words I can use to describe how excited I am to begin this season.”

Plawecki graduated from Griffith in 2010 and attended Calumet College of St. Joseph in Whiting. He served as the boy’s junior varsity soccer coach at Griffith for two years. He said he will miss the memories his alma mater gave him.

Plawecki said he could not pass up the opportunity when the Portage job opened. The Indians will offer a new set of challenges.

“When you are coaching girls, it’s a whole new ballgame,” he said. “It is a much different style of coaching. You are dealing with way different personalities.”

The girls originally formed small cliques, but Plawecki has noticed the teammates bond as the season inched closer. He said he believes their camaraderie will be vital to the team’s success in the Duneland Athletic Conference.

“It is cool to see them come together as a team,” he said. “They appear to have broken apart from their previous groups, and I really like that.”

The new coach is not going to pull any punches. Plawecki said he is ready to get down to business immediately. He also said he has instilled a new culture in the program by training the girls in the weight room.

“My style is not like those of the past,” he said. “I expect more out of the girls. I want to make sure they have personal discipline, and I truly believe they can be competitive in each game.”

Plawecki said he is ready to tackle the new conference. The DAC will present its unique set of obstacles. He said he aims to compete with what he calls the “big four”: Lake Central, Crown Point, Chesterton and Valparaiso.

“If we look at the DAC, it is very competitive,” he said. “Winning against Merrillville, La Porte and Michigan City will definitely be big for the program. But if we can stay around that top four area, I will be very happy.”

Though Plawecki has not called Portage home for long, he has felt the spirit surge throughout the campus.

“The atmosphere is completely different,” he said. “The student body gets along so well with each other and works with each other. It is great to be around teams who support you.”

Plawecki plans to do his part to keep the Portage pride going.

“It is a unified student body, and I really appreciate that,” he said. “There is always something going on. I will encourage the girls to go to boy’s soccer games, football games and other events.”

“We scrimmaged Griffith a while back,” he said. “It was weird to be going against the black and gold and not wearing it. I am ready to wear the red and white now.”