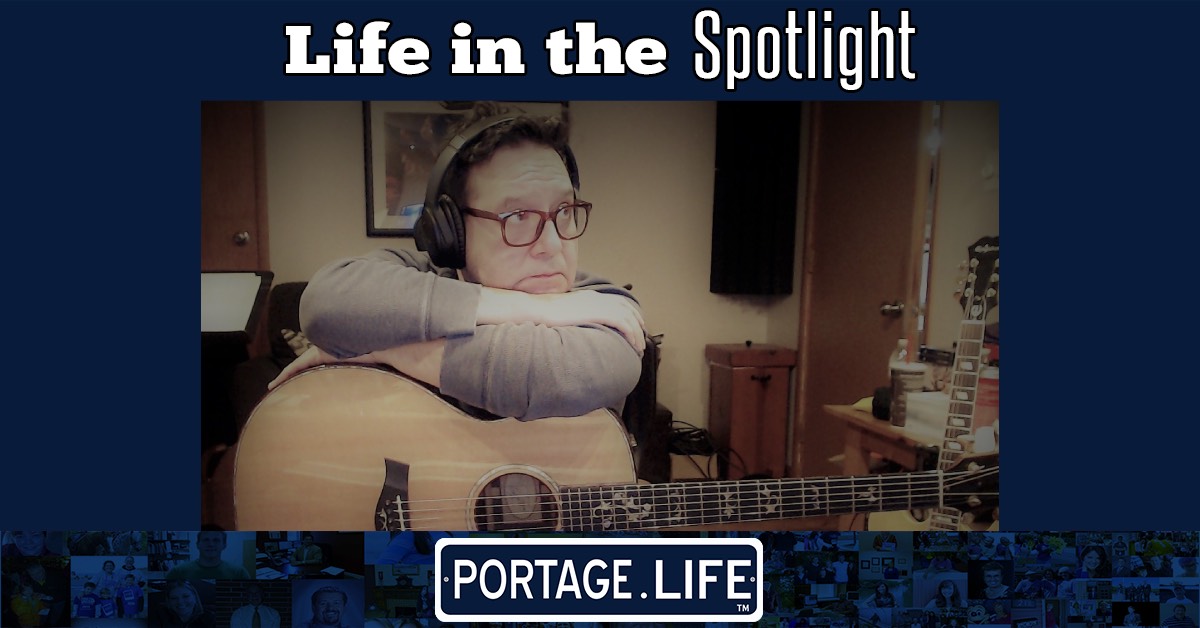 The Region is full of talented people actively pursuing their dreams. For some people, that means working multiple jobs, and for others, that means doing what they love on the side. However, for Lou Samaniego Jr., a local musician, songwriter, and producer, it means taking a risk and giving his musical dreams his all.

Samaniego grew up in Portage, Indiana. He went to Nativity of Our Savior for elementary school and graduated from Andrean High School. Music had always been Samaniego’s passion, and after graduating, he wanted to do whatever would help him fulfill his dreams. So, he decided to head out to Brown Institute in Minnesota and study studio engineering.

“At that time, studios weren't like they are today where you could just kind of work on your computer and get away with something fairly cheap. Back then, a studio was expensive to go to. I'd gone to a couple of studios in high school, and I’d blow like three months' worth of salary just in a couple of days in the studio. So, I thought, well, maybe I'll learn how to work in the studio and then be able to get my studio time for free,” said Samaniego.

After college, Samaniego joined a band and did some touring for a while, but it didn’t take long for him to start a family. Wanting to do what was best for his family, he put his musical dreams on hold and worked in a tire garage. However, as the years passed, Samaniego knew his heart just wasn’t in it - he needed music.

“It was good for a little while, but my heart was just always in music. So, I had to find a way to get back,” said Samaniego.

Samaniego talked with his wife and with her blessing decided to go back to music full-time. He’s been pursuing music ever since. Currently, he does a wide variety of things to scratch his musical itch. He does acoustic gigs with his friend Chris in all kinds of places. He’s a part of the MegaBeatles, which is a band in Northwest Indiana that recreates the music of the Beatles. He’s part of a John Mellencamp tribute band. He even has a studio in his basement and helps people produce their own music!

Samaniego’s advice to anyone with big dreams is to just go for them. There will never be the right time or the perfect place, so you just have to take the leap and try.

“Try to be as true to yourself as you can. You have to do what feels right, and then worry about the money later. Especially if you're a young person. If you're young, try not to worry too much about finances early on. Just try and do what you love, and then as you grow, your finances will grow with you. You just have to be brave and jump. Just do it,” said Samaniego.

Samaniego couldn’t be more grateful for his family being so supportive of him and his dreams. He’s especially thankful to his uncle for facilitating his love of music.

“His downstairs was like a bar essentially, and I learned how to play everything down there: bass, drums, piano, guitars, vocals, everything. So, that’s just a great experience that I have had because of my uncle,” said Samaniego.

Samaniego is also endlessly grateful to his wife for having his back when he decided to pursue his heart. He couldn’t do it without her.

“She lets me be the crazy dreamer that I am,” said Samaniego.

Samaniego’s story goes to show that sometimes taking a risk and putting your all into something truly pays off. Even if he sometimes feels like a vampire recording in his basement studio late into the night, he knows that it is completely worth it and couldn’t be happier.