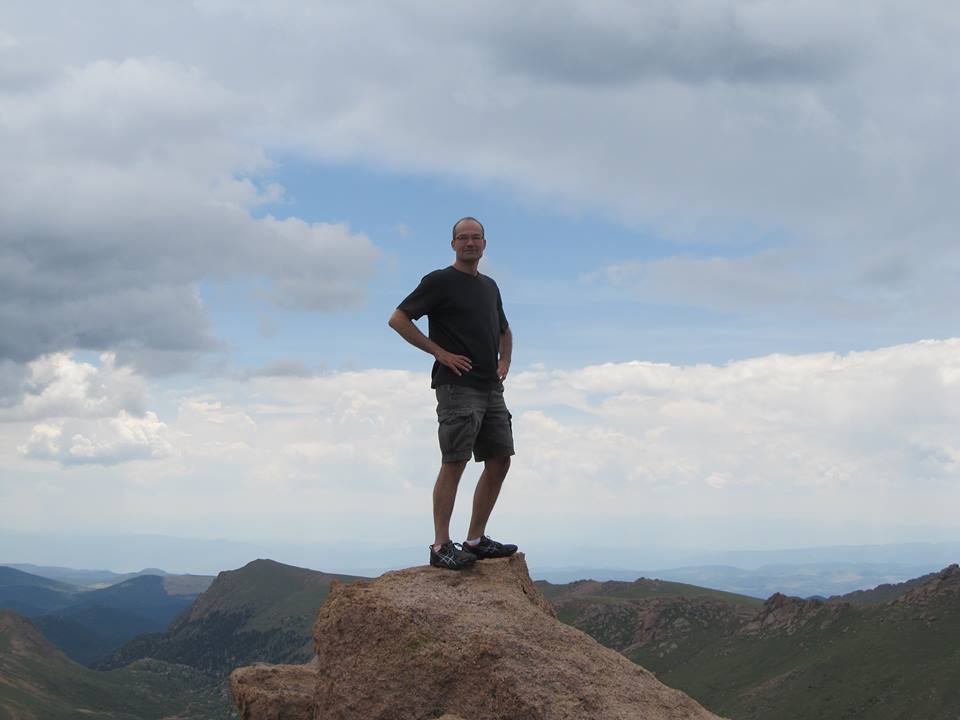 This week’s Life in the Spotlight inspires kids every day to achieve their goals and aspirations. As the Portage High School volleyball coach and teacher in the career and technical trade school, Kevin Bontrager lives and breathes inspiration, helping kids achieve their best every single day.

Kevin grew up in Middlebury, Indiana, and met his wife at Purdue Lafayette. In 2000, the couple moved to the Portage area to be closer to her parents. At the time, Kevin worked in the building and construction industry. For eighteen years, Kevin worked for general contractors.

Harboring a passion for volleyball throughout his life, Kevin began coaching at junior high and club level early on. He did this alongside his career in building until three years ago, when he changed careers and became a teacher.

In his classes, Kevin teaches students important skills in the building industry. Students work alongside Kevin at a construction site, taking part in the building of a house that is eventually sold after completion. The students earn valuable experience and often are able to find work as union apprentices immediately after graduation as a result.

“Having these kids go into something that will allow them a good living right after high school is pretty cool,” Kevin explains.

Once Kevin had been teaching for a while, he was asked to fill the newly vacant position of head volleyball coach. “I became a teacher because I really liked coaching,” he says, “and then I became a coach because they liked how I taught.”

Kevin has four daughters of his own, and they have definitely played a role in his career choices. “As I coached and as my kids grew up the rewards from both ultimately led to my becoming a teacher,” he smiles. “I learned a lot of life lessons. This was supposed to work out this way. I know I will never do anything other than teach for the rest of my life.”

Of all the aspects of Kevin’s job, his favorite is being able to share experiences with his students that help them to become better adults. “That’s a lot of fun,” he says, “That’s where it’s at.”

Volleyball in particular is important to Kevin and the values he instills in his students. “It’s the best sport because you have to have such a tight team,” he states. “You need everyone. Everyone needs to buy into their roles because it takes the whole entire team every time, and that’s why I like it.”

Currently, this year’s team is challenged with ramping up to varsity speed. It’s the team’s goal to have a winning year, and they aim to win at least four or five games in conference. “We have a really athletic team,” Kevin says. “They’re on board with this year’s goal. We’ll get it soon.”

This year, Kevin’s team will face his daughter’s at Valparaiso High School on more than one occasion. He is looking forward to this, interested in seeing the outcome of the games.

As for Kevin’s inspiration, the students he works with motivate him every day. “Hanging out with the kids is my inspiration, as are my wife and kids.”

The reason behind Kevin’s success is simple. “It’s about not being afraid to try something new,” he states. “Always be willing to make a mistake. That’s how you learn and grow.”

Of his successes, Kevin is most proud of raising his daughters. “Raising independent daughters that can take care of themselves is a big success,” he says. Kevin adds that “helping kids do more than they thought they could” in class and on the volleyball court is a meaningful success in his life as well.

In his free time, Kevin spends quality time with his family. His wife and his four daughters all enjoy volleyball, and the family often plays the sport together. A family man with deep values and a truly wonderful heart and spirit, Kevin is making a huge positive impact on the Portage community, positively impacting the lives of students every day.