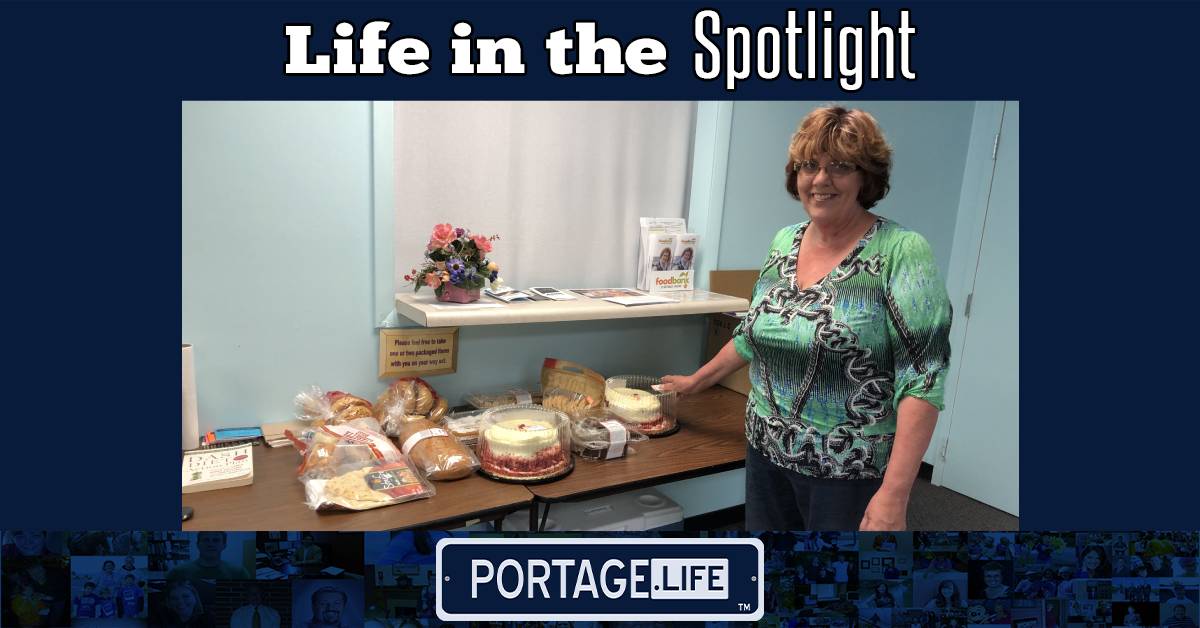 After a tragic car accident , Kathy Conn’s world was forever changed, affecting her mobility, career, and lifestyle. Her broken back was always in pain and there was little to be done about the discomfort. Conn, determined to regain mobility, practiced walking to a nearby lake to feed the fish. The hobby proved to Conn that even though life was different, she could still feed her fish friends.

Conn visited Strack & Van Til Food Market and asked to purchase day-old bread. Stracks told her they could not sell her the bread, but they would donate it to her, free of charge. When Conn realized how much of the perfectly edible bread would go to waste, she decided to distribute it to the community.

Nowadays, Conn is known around Northwest Indiana as “The Goody Lady”, and is famous for her food deliveries. She donates to places like Hilltop, Porter County Aging and Community Services, Housing Opportunities, Respite, Boys & Girls Club of Greater Northwest Indiana, and Alice’s House. Her list is always growing.

“This whole thing started with a loaf of bread,” Conn said. “I keep doing it because there are so many hungry people and so much wasted food. There is a huge disconnect.”

Conn is not part of a group or organization; she manages all of the donations and deliveries herself. It is difficult with her disabilities, but she powers through the pain.

According to Conn, she receives a lot of donations because she knows who needs it. She acts quickly to find homes for food that will expire, like fruit and vegetables. In fact, she recently distributed hundreds of apples around the Region.

“If someone on the street tells me that someone is hungry, I will go there,” Conn said. “I try to make sure people are taken care of. It was the way I was raised.”

Conn knows what hunger looks like. In her years before her accident, she was a social worker. She saw how food insecurity affects families with children, even when both parents are employed. Conn also observed what it was like to be working poor within her own family. Her grandfather was a migrant worker. Although he could not read or write, he worked hard to provide for his family. Sadly, such back-breaking labor was not enough. Through it all, he remained gentle and kind. Conn admires her grandfather’s spirit and understands the struggles of the poor.

“My grandmother also redistributed wasted food, and I have had a lot of positive influences like her that make me want to give back,” Conn said. “It’s therapeutic for me.”

Conn hopes for a day where food is not wasted and people get enough to eat. As it stands, there are barriers that prevent stores from donating expired food, even if the food is completely safe and edible. It breaks Conn’s heart to know there are hungry people, but she plans to be a part of the solution for as long as possible.

“I’m funny about food,” Conn said. “I’ll feed anyone that is hungry.”

Conn encourages anyone to pick one thing to make society better. It is the little things that add up to make a lasting impact and anyone can help. She also inspires others not to waste food, with advice like, wilted vegetables can be added to your compost pile and expired items might still be edible.

“This whole operation snowballed from that loaf of bread,” Conn said. “Now I just do what I can and try to teach others how to pay it forward.”