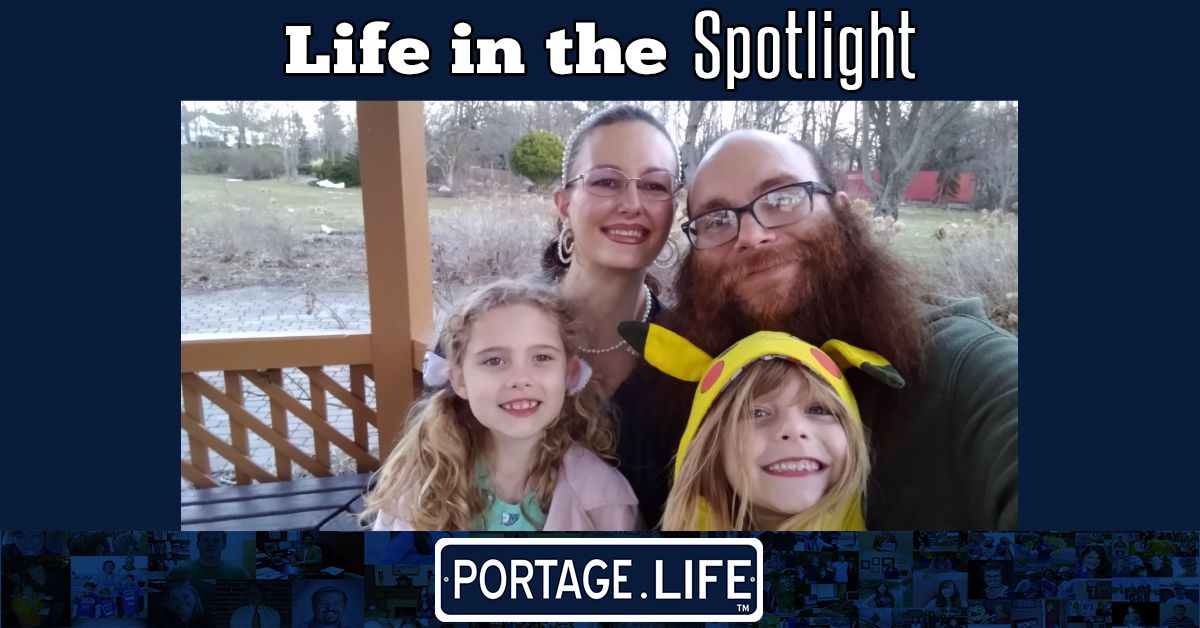 As an English teacher at Portage High School, Joshua Keirn feels like it has been a personal journey as he gets to live thousands of lives through the experience of literature.

Studying English was not his original intent, though, as he went back and forth trying to figure out what he wanted to do with his life. Then, Keirn had an epiphany late at night while watching a spoken word poetry video – “What Teachers Make” by Taylor Mali on YouTube – and realized he wanted to go get his teaching license. This encouraged him to go to Indiana State University to become an English teacher.

Keirn changed his major several times. When he was in undergrad, he originally planned on doing art education because he was inspired by his art teacher in high school. The summer before his freshman year of college, he realized art education was not for him, so while he took general education classes, he declared English education as his major, but a year later switched again to construction management.

So now Keirn has a bachelor's degree in English and an associate's degree in architectural and construction technology. Although he believes he likely will not use his associate’s degree professionally, he plans to take the skills he learned in that area and apply them to other areas in his life.

“I was burnt out after not studying literature for a year, and then I realized how much I missed it,” said Keirn.

Even though he loved building, he felt a passion for helping kids connect with literature, explaining ideologies, and helping people understand and find answers. Keirn started teaching at Portage High School in 2014.

At Portage, Keirn teaches mainly juniors and seniors, but he also has some dual-credit honors classes such as his college freshmen writing course where the students are able to obtain an Indiana University credit.

“We're engaging with different kinds of readings at some different levels, but all for the same purpose of enlightening education and sharpening skills, Keirn.

While in his classroom, you can catch Keirn teaching “The Glass Castle,” a memoir by Jeannette Walls, to his seniors. Keirn continuously teaches this book because it ends up being a lot of students' favorite book they read in his class. In some instances, students end up relating to the book on a personal level.

One year, a student approached Keirn and thanked him for introducing him to this book because while reading about the relationship between the character, Jeanette, and her father, it helped the student understand his own relationship with his father.

“Through this book, a student is understanding something about this deep, important, and interpersonal relationship,” said Keirn. “That's why I teach that book every time I can.”

The COVID-19 pandemic led Keirn to make huge adjustments in his teaching. If he had a choice between reading something digitally versus reading a printed copy of something, he would go with the print copy. Not being able to hold a book in his hands was a harder adjustment than he originally thought it would be.

Going through a semester on Zoom has made it clear that the momentum in the classroom comes from having people there and having those little, nonverbal reactions.

Teaching students on Zoom has been a whole different realm for Keirn as it is challenging to know whether or not a student is actively engaged in what he is teaching.

“I realized how much of my teaching came from the bouncing energy back and forth between students, and when they are not there you don't have that,” said Keirn. “I missed being in a classroom; it wasn't the desks and the chalkboard, it was the interpersonal interactions and relationships.”

Keirn spends much of his spare time investing in creative pursuits as he loves learning new things and picking up new hobbies. Keirn spends a lot of time outside hiking or camping with his partner and two daughters. He would describe his hobbies as a mindfulness exercise.

As an English teacher, Keirn naturally writes a lot, but he also plays music. Playing the ukulele is something Keirn knows how to do but mainly for humor as he finds it to be “great visual comedy” to be a 6'8” giant holding a tiny guitar.

“I play music, but I'm not a musician. I'm learning to knit, but I'm not a knitter. I love baking bread, but I'm not a baker,” said Keirn. “Regardless of how perfect or far from perfect, it turns out there's some kind of result, even if it's a bookshelf that falls apart that I put back together.”

Studying history, social sciences, and art in a casual sense is something Kerin enjoys. There have been times when he questioned what he wanted to pursue as he is interested in so much, but it helps when he thinks everything is interconnected in some way.

What he loves about his life is the bizarre twists and turns that his life path has gone on as he believes ithas been enriching and rewarding to have all these pieces stitched together.

“We look at the characters in a book and question their motives and worldviews in a really direct and honest way that we're never really willing to do to ourselves,” said Keirn. “If I'm questioning my own beliefs and worldviews and realize I got an offer of a better system, then I have to make a big change.”