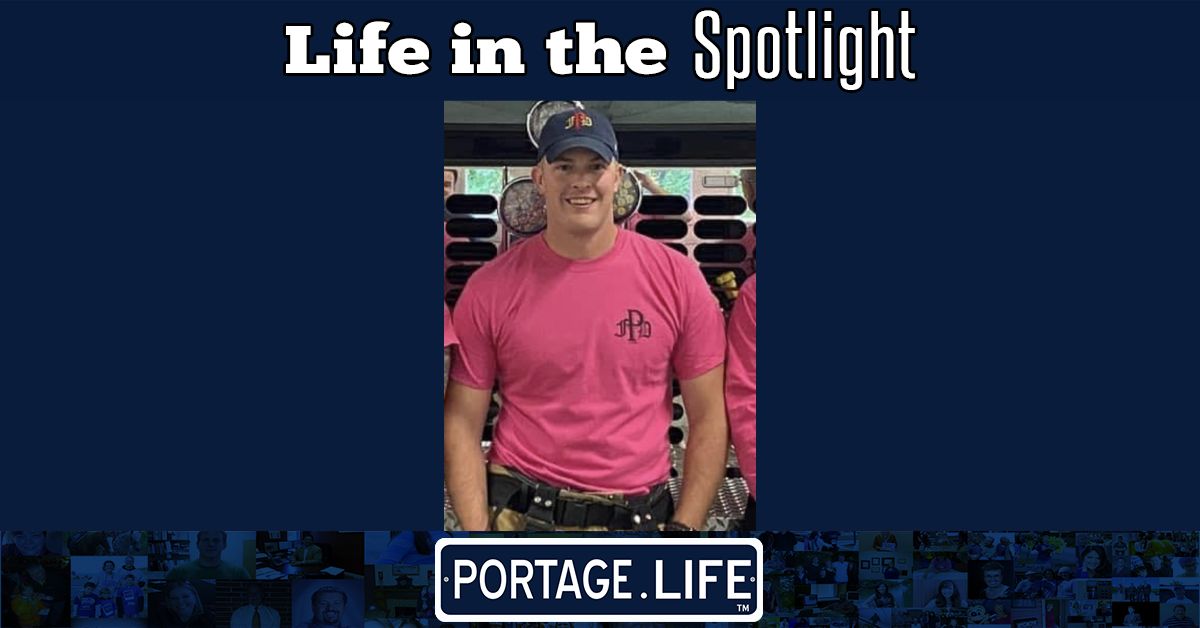 Jordan Bucy’s lifestyle is a challenging but important one: saving people in need in times of crisis. After working as a firefighter/paramedic at the Portage Fire Department for eight years, Bucy knows how vital safety is for the community. He is fully devoted to serving the community in a variety of ways.

Bucy was introduced to the firefighter lifestyle early on in his life. His father worked in the fire department during his career and retired in 2010, where he later moved to Washington and took on a fire chief role. When Bucy was younger, he would help his father with tasks like photography.

After deciding firefighting was the path for him, Bucy went through the testing process for the Portage Fire Department and was hired in November 2012. Bucy states that he has a lot of responsibilities in the department, such as helping with a lot of training and public relations work around the department.

“I would go with my dad to all sorts of firefighter-related events, so over time, being around that environment sparked my determination to join the fire department,” said Bucy. “Ever since I joined, it’s been an incredible and life-changing ride. It also helps that Portage is such an interesting and diverse environment that offers such a wide range of experiences. It’s always a thrill.”

Bucy stated that being a firefighter/paramedic means having the potential to initiate change in peoples’ lives. He and his co-workers see people on their best and worst days, and he stated that having a positive and forward-thinking mindset helps them go throughout the day. In addition, having an open mind about learning new things is important in this role.

“There’s always something going on that’s going to make you more knowledgeable,” said Bucy. “That is the foundation of improving yourself as a person. These experiences will help you steel your strengths and recognize your weaknesses.”

Bucy then explained that his role has taught him that the world is bigger than he is and that peoples’ lives are always hanging in the balance. He states that his whole experience as a firefighter/paramedic has been incredibly humbling and that the role gives him the chance to do what he can to help others.

“I am really fortunate to have a job that gives me the opportunity to do something meaningful for the community,” said Bucy. “That feeling you get when someone tells you that you saved their life is something special. It helps that I have a whole team of fellow co-workers who have my back and are willing to work together to protect this community.”