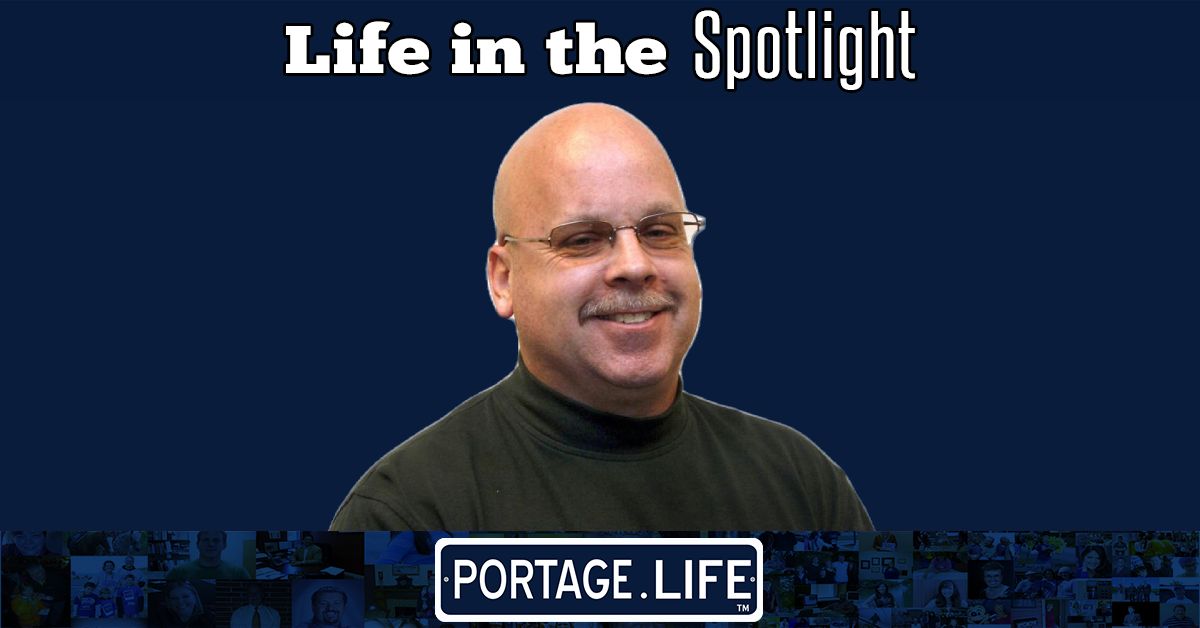 Everyone knows that doing what you love can be difficult. No one knows that better than Jim Peters, a lifelong sports writer. After losing his job due to the pandemic, Peters was literally days away from having to get a job at a grocery store. However, he pushed through and stuck with his passion, and things started to get better. He could’ve given up, but he didn’t.

Peters grew up in Hobart and went to Andrean High School. After graduating, he went to Purdue University and studied Mass Communications. Not completely sure what he wanted to end up doing, he let life lead the way.

“I never had any plans to be a sports writer. I went to college without much clue of really anything, and then it just kind of evolved my sophomore year. One thing led to another, and I started to write for the campus newspaper, the 'Exponent,' and now 40 years later, here we are,” said Peters.

Fresh out of college, Peters started writing for the Herald News Group, where he covered sports for six different high schools. He stuck with that for a while before switching over to the Times of Northwest Indiana in 1998. 20 years went by, and in 2018, Peters started working for the News Dispatch Herald Argus. During the pandemic, Peters was out of work for five months before the paper, now the Herald-Dispatch, brought him back.

One of Peter’s favorite parts of sports writing is feeling like he doesn’t have a “real'' job. Every day, he gets to meet new people and do what he loves–it doesn’t feel like work.

“Sports consumes my life both personally and professionally. If I'm not working, I’m watching a game or following a game, so that is definitely one of the best parts,” said Peters.

The part of Peters’ work that brings him the most joy is touching people’s lives and bringing young kids and their families a bit of happiness.

“Just feeling like you’ve made a little bit of a positive impact is awesome. You write something that might be small and insignificant in the grand scheme of things, but at that moment, it makes a huge impact. It might be the one time a kid will ever have their name in a newspaper. Every once in a while I’ll have someone come up to me and say, ‘Hey, you talked to me when I was in high school. I still have that article,’” said Peters.

Whenever he’s not running around La Porte County covering sports, Peters loves to write on his own website, Jim Peters Preps. With the encouragement of his wife, he started the website during the pandemic to give him something to do and give him an outlet for his writing. Now that he’s working again, he still keeps up with it on the side for fun.

“It helps keep me in touch with an audience that I’ve gotten to know living in Portage all these years. I happen to do most of my work in La Porte County, but my roots are still over on this side of the area. So, it’s nice to be able to still do that,” said Peters.

Even with local newspapers becoming a more unstable industry, Peters couldn’t be happier with the work he does. He’s proud to be a local sports writer, covering high school sports where the kids are giving it their all on the field.

“We’re dinosaurs, those of us who are primarily high school sports writers. The few of us that are still around are pretty rare because we've either gotten out of the business or the business has knocked us out,” said Peters. “It's tough, but it makes you appreciate every year you get to do it, especially after thinking I wasn't going to be brought back.”

Peters is endlessly grateful to his wife for always having his back and letting him pursue his passions.

“She has sacrificed a tremendous amount over the years personally and professionally just so I could continue to do what I love. She’s been a rock and an anchor, and I wouldn’t be able to do what I do without her. She’s the star–I’m just somebody with a pen and a notepad,” said Peters.

Even with just a pen and a notepad, it’s easy to say that without Peters and the pursuit of his passions, Northwest Indiana wouldn’t be the same.