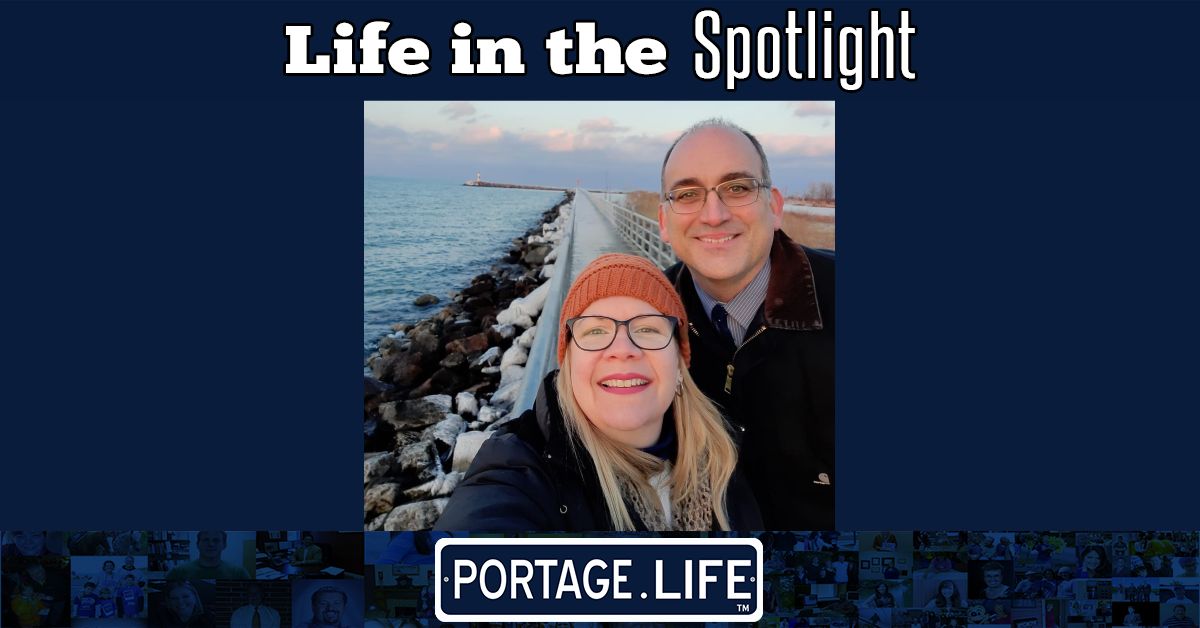 here are so many beautiful things about the Region–the Dunes, the lake, the trails–but perhaps what’s even more beautiful are the connections being formed between one another every single day. Jerry Czarnecki may be a new face in Northwest Indiana, but he’s already had an incredible impact by helping people form new connections within their community.

After graduating from school, Czarnecki worked as a teacher for 27 years. In 2017, he decided he needed a change and retired from teaching to go into municipal government where he was the City Manager for five years.

Czarnecki has two kids, one of which lives in La Porte, so when he decided it was time to change jobs again, he and his wife decided to move to Northwest Indiana so they could be closer to their daughter.

Now, Czarnecki has been living in Northwest Indiana for just over a year, and he couldn’t be more content. He worked with Neighbors Educational Opportunity for a while before starting at the Portage YMCA and Family Promise of Porter County this past July. At the YMCA, he is a talent and community engagement specialist, and at Family Promise, he is the executive director.

“If you go back through all the jobs that I’ve had, there's always been some kind of servant component to it, helping others and trying to make their lives better so they can move forward and achieve whatever their goals are. I was really looking for something where I could make an impact on the community,” said Czarnecki.

In his two positions, Czarnecki works to connect people to different community resources. Whether he’s connecting someone to a job skill service, connecting a family in need to a service to receive financial assistance, or even just connecting two people with one another to engage, Czarnecki’s goal is to make the community a better place.

“It’s just nice that I have the ability to build connections in the community so that I can be a resource for the people that I work with and the people that I communicate with. I'm a big believer that you can create a bunch of dots, initially not be sure how they're going to connect, and then all of a sudden something comes up and you find a reason to connect two dots. That's what I enjoy the most about these two roles–that I’m able to connect people and create connections that maybe people didn't think of,” said Czarnecki.

If Czarnecki could tell anyone anything, it would be that there are so many services out there to help them and that it’s okay to ask for help.

“I wish people would be willing to say, ‘Hey, I need help,’ and realize that there are people out there that are waiting to help. There's a wide variety of people out there, and they're all doing great things. We just have to be willing to admit that we need some help. It's tough to do it on your own,” said Czarnecki.

Moving forwards, Czarnecki’s main goal is to continue to be that helping hand in the community and get people in touch with the resources they need to be successful.

“I want to continue to grow into the position that I have here. It's a new position, so I get to create it as I go along, but I’d like to grow into it. I want to be a resource to the community so that people can reach out. Even if I can't directly help them, I’ll know somebody who can,” said Czarnecki.

Even though he and his wife have only lived in Northwest Indiana for a short time, they’ve already made it their home. They love exploring all the different restaurants and being so close to the dunes, but what Czarnecki really loves is the community itself.

“We've been in the community for just over a year and the Northwest Indiana area is just a great place to be. I've really enjoyed getting to know the people and the organizations. They do wonderful things. There's so much that's provided for the residents here in Northwest Indiana–we just have to find ways to connect people with what's there,” said Czarnecki.

In his free time, Czarnecki loves to be outdoors, spend time with his family, and volunteer. He even does news anchoring for Adams Radio Group when they need somebody to fill in, which is something that’s always been on his bucket list.

There are so many people that Czarnecki is thankful for. He’s grateful to the Portage YMCA and Family Promise for giving him such a wonderful opportunity to help the community, he’s grateful for his family’s endless support, and he’s grateful for anyone who’s ever helped him get to where he is today.

“It’s impossible to list everybody and thank them because we stand on the shoulders of others to get to where we are. I just want to give a big shout-out to anybody who has supported me in some way in getting to this point,” said Czarnecki.