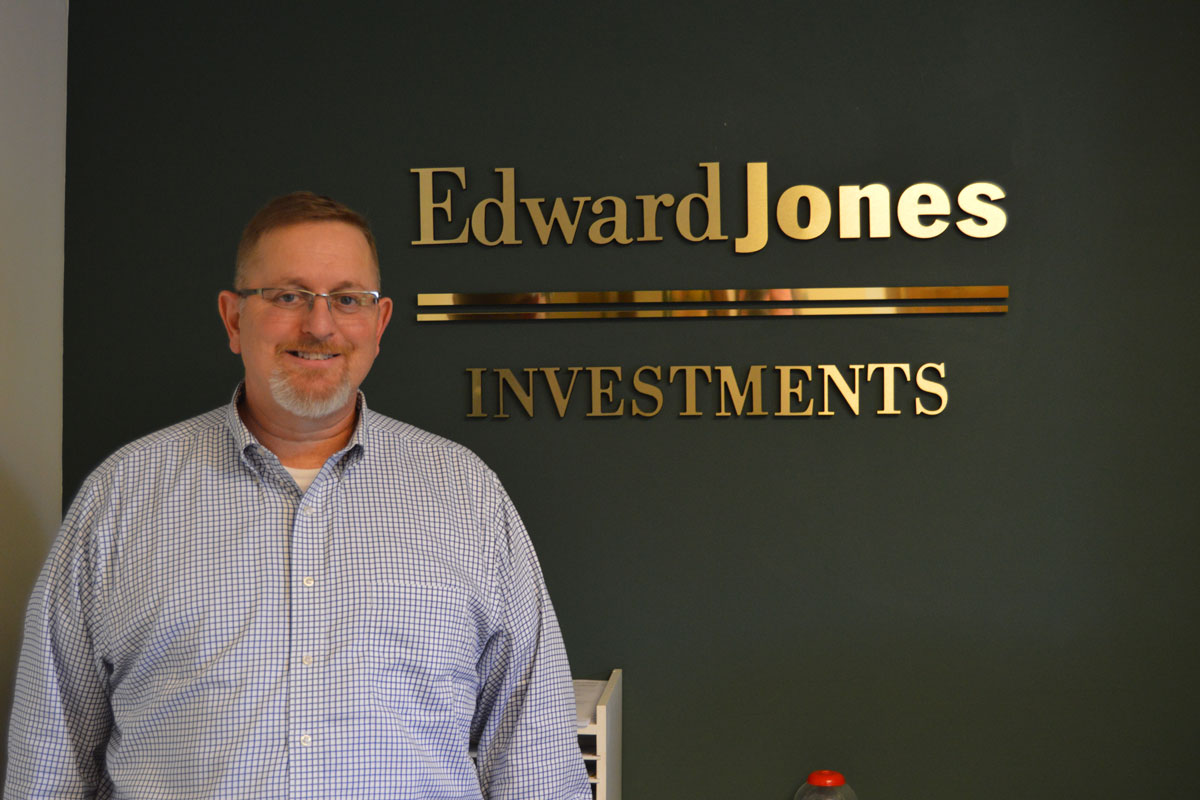 Life is full of ups and downs, and an important part of life is helping out our neighbors when they are down at those low points. This is how Portage’s Edward Jones financial advisor Jamie Lewis lives his life, both inside and outside of the office.

Lewis was born in southeastern Kentucky but relocated to Northwest Indiana with his family at a young age and has moved around to several different cities in the area. He attended Purdue University in West Lafayette for his first few college years, but later returned to Northwest Indiana to finish his engineering degree at Purdue’s Calumet campus.

Since then he has remained in the area and currently resides in Portage. He loves the area for it’s beautiful beaches and camping grounds and enjoys spending time outdoors, as well as for its close proximity to Chicago and all that the city has to offer.

“I grew up here,” he said. “I don’t know that I could live anywhere else. I don’t mind visiting other places, but this is home.”

Lewis worked as a project engineer for many years, but he had always been interested in investing, so he decided in 1999 that it was time to officially make the switch to financial advising. He has not looked back since, and he cannot even imagine himself doing anything else.

Lewis enjoys getting high school- and college-age kids involved and interested in their financial future, and he would love to work with kids at an even younger age, just to help them begin to increase their financial literacy.

He speaks very highly of Edward Jones and the ways in which they serve their clients, with special note to their flexibility when working around their clients’ busy schedules. They make a lot of evening appointments, and Lewis even travels down to Indianapolis every now and then to take care of his clients who live there.

“You really do get to help people in a unique way,” he said, “And you get to really know them. We call them family, because, in the end, that’s what they end up being.”

Lewis understands the importance of his position as a financial advisor, and he recalls that he gained a much deeper appreciation for the job during the 2008 financial crisis, when there were a lot of scared people to take care of.

Lewis is that “someone” for his clients. Both then and now, a lot of his job surrounds the task of helping people, especially when they are at low points in their lives. When a spouse dies and the widower or widow is not the one who usually took care of the money, for example, he walks that person through a process of understanding his or her finances and acts as a person he or she can talk to for some assistance and guidance.

“My dad has always said, ‘I think most people are just trying to do the best they can.’ You might not think that, but I do think they are, and I try not to judge the book by its cover. I’ve seen that in my business,” he said.

Lewis lives with this mindset of openness outside of his job too. He is involved with several local charities such as the Kiwanis Club and Rebuilding Together, because he appreciates the importance of helping others live the best lives that they possibly can.

Lewis is excited about his future, as well as for the future of his company. A second Portage location is in the works, which will allow him to serve even more people. He challenges everyone to two important responsibilities: to find a personal plan for the future and to try in everyday life to help out our fallen neighbors.