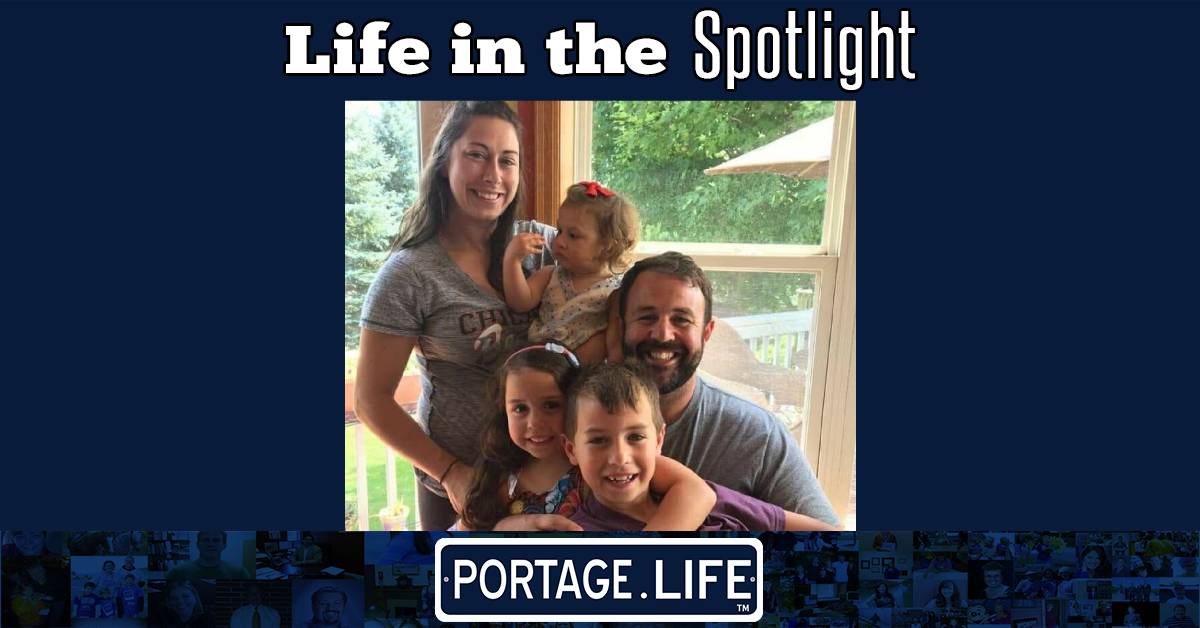 Born and raised in Portage, Jacob Cohen has been through many life experiences that ultimately led him to pursue education and impact the lives of young students.

After graduating from Portage High School in 2001, Cohen began pursuing his college education in Florida and moved to Las Vegas in 2007 after graduating. After about five years in Vegas, Cohen attended the University of Phoenix to pursue his undergrad in education and moved back to Indiana in 2015 where he received his master’s in education from Indiana University Northwest.

Originally, Cohen had no plans to move back to Indiana, but his mother was diagnosed with stage four cancer, and Cohen immediately decided to return home.

“I knew I had to go home. My family stayed behind in Vegas while I moved back to Indiana and got a job at a charter school in East Chicago,” Cohen said. “It was really difficult being away from my family, but I was able to have some much-needed time with my mom.”

At this point in Cohen’s life, he was trying to mend fences and become a better version of himself.

“I won’t lie, I’ve made poor decisions in my past, but after spending this bittersweet time with my mom, I decided it was time for a change,” Cohen said.

He also wanted to try his hand in changing some of the aspects of the education system. After watching the documentary “Waiting for “Superman” that investigates the public school system in the United States and uncovers the many ways in which education in America has declined, Cohen had a lightbulb moment.

Similar to the documentary, Cohen didn’t rely on statistics or expert opinions, but rather the lives and experiences of the students themselves. Cohen believed strongly in impacting not only students’ academic abilities, but also their personal lives.

“I wanted to bring schools back to the basics and bring educators closer to kids in order to build influential relationships,” Cohen said. “I believe that we need to continue to teach kids lessons that can’t be learned through a test – life lessons that they can carry with them forever.”

“How I’ve always viewed it, the interaction with the kids is most important. This view has a lot to do with my own past experiences which have helped me relate to many students and help them through certain decisions and hard times in their lives,” Cohen said.

After COVID-19 forced Portage High School to close its doors, Cohen has continued to work on building his relationships with PHS students. He has hand-delivered pizzas, made home visits, and initiated wellness check phone calls.

“One of my biggest fears in light of the shut down was wondering what our kids would be going through at home. For some, school is their safe place, where they get meals, see their friends, and create memories,” Cohen said. “I wanted our students to know that I was still there for them.”

Cohen hopes PHS will be back in the building come fall semester.

“I think virtual learning is a great substitute in times like this, but I the biggest part of learning and what truly helps kids is that face-to-face interaction with their educators,” Cohen said. “I pray that we can get back to this point, but if not, we have a plan and we are set to continue remotely.”

In his free time, Cohen enjoys spending time with his wife, watching his son play baseball and basketball, and watching his daughter compete in gymnastics.

In all aspects of his life, Cohen keeps with him one specific quote: “This too shall pass.”

“This is something I learned from one of my fellow administrators. We were talking with a student and he said this, and suddenly everything made sense,” Cohen said. “I’m not saying it’s easy, but in the end, there’s a light at the end of the tunnel.”