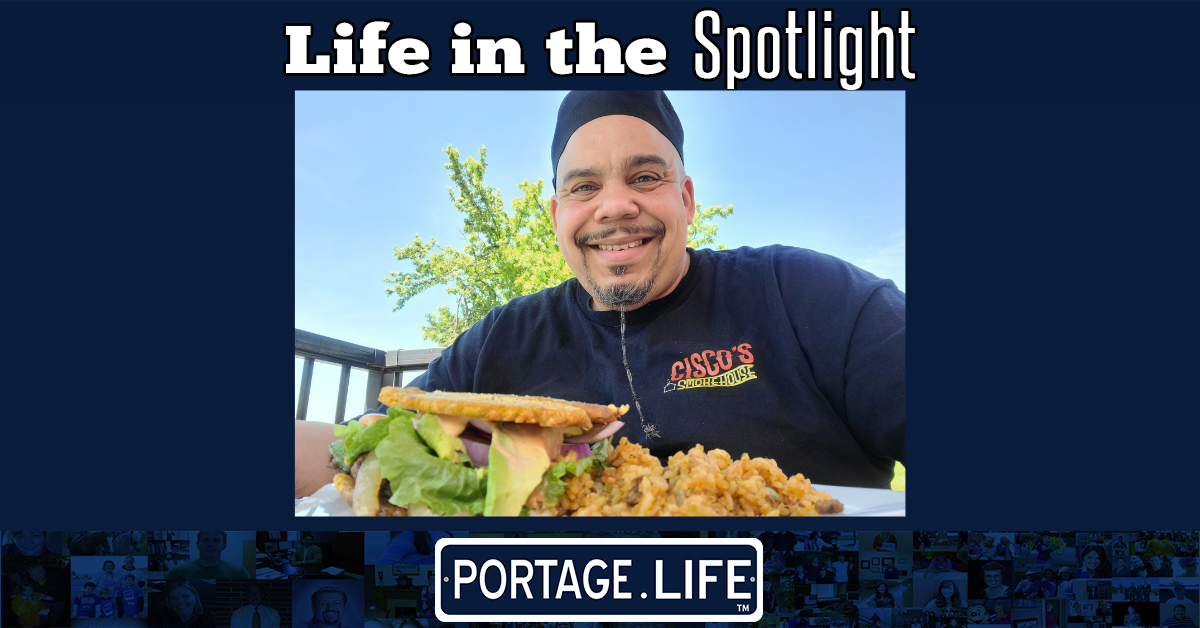 Like many wonderful chefs, Frank Cruz, the owner, and chef of Cisco’s Smokehouse in Portage did not intend to get into cooking. He was just good at it.

“I've always been the guy who had to get behind the grill. We have a pretty big family and we’re a pretty close family. We always get together in the summertime for barbecues, like all the time and I'm the grill guy,” said Cruz.

While working many different types of jobs just to make ends meet, Cruz dabbled in making and selling Coquito, a Puerto Rican alcoholic beverage, around Christmas time to make a bit of extra cash. Then one day, a cousin introduced him to the art of cold smoking.

The combination of Cruz’s skills at the grill, his new interest in cold smoking, and his desire to sell products to help support his family meant it was only a matter of time before he started cooking for people.

In March 2019, Cruz created Cisco’s Smokehouse LLC. He catered all through 2020, and then in 2021 Cruz started making fresh food for people at the Chesterton European Farmers Market. It didn’t take long for him to start racking in the business, and he quickly decided he needed to find a more permanent location. He partnered with a local building owner in Portage who wanted to start a restaurant but was lost on how to cook, and the rest has been history.

Cisco’s Smokehouse is inspired by the potluck-style food his family used to do at large family gatherings.

His family is Puerto Rican on both sides, but they are very multicultural. He loved having so many different cultures all on one plate.

The biggest message Cruz aims to send with his unique, fusion-style food is to not be limited. He believes that in society we spend too much time labeling ourselves which limits who we are and what we are capable of when really we should be pushing ourselves to be whoever and whatever we want to be.

“They say the sky's the limit, but that's not really true, because beyond the sky is the universe. So there's really no limit unless you put a limit,” said Cruz.

One of Cruz’s goals for the future is to, of course, keep growing his young business. He’s hopeful that as the city of Portage grows his restaurant will grow with it.

“Downtown Portage is up and coming. I'm always saying that they keep increasing and they keep doing more and all these homes are getting built and the downtown now is a presence and we're smack in the middle of down town. So I find that exciting because I feel that as long as we can stay open we're gonna be in a great place in the heart of Downtown Portage,” said Cruz.

However, Cruz’s ultimate goal is to someday take his company back to its roots and start selling products again. He explains that he would love to have his sauces, dry rubs, and even his cold-smoked meats available for purchase in grocery stores, that way people who like to make their own food could still enjoy his flavors.

Until this dream comes true, though, Cruz remains ambitious in growing his restaurant and truly enjoys the work he’s doing.

“Even on a crazy Saturday when it’s all said and done I’ll turn to my wife and say 'that was fun,'” said Cruz.

Cruz is grateful for his wife being so encouraging of his goals and helping support their family while he pursues his business.

“Without her, I wouldn't be where I am,” said Cruz.

Along with his wife, Cruz is equally grateful for the opportunity his business has given him to be a role model for his 20-year-old daughter. He’s proud that his hard work has shown her the value of commitment.

“She sees what I do and she sees what I've done. So, even though she's not sure what she wants to do with her life yet, at some point when she does, she says okay, this is what I’m going to do, she's going to keep driving towards it. She’ll never give up on it because she knows that I've never shown her giving up,” said Cruz.

All that said, Cruz is a testament to the fact that ambition and hard work pays off. It has not been easy for him to get where he is today, and he spends many long hours pouring himself into his work to keep his restaurant running, but he won’t stop until he has something to show for it. His drive is unmatched, and it’ll be exciting to see what he accomplishes in the future.

To learn more about Frank Cruz, his growing business, and his unique, potluck-inspired food, visit https://www.ciscossmokehouse.com/.