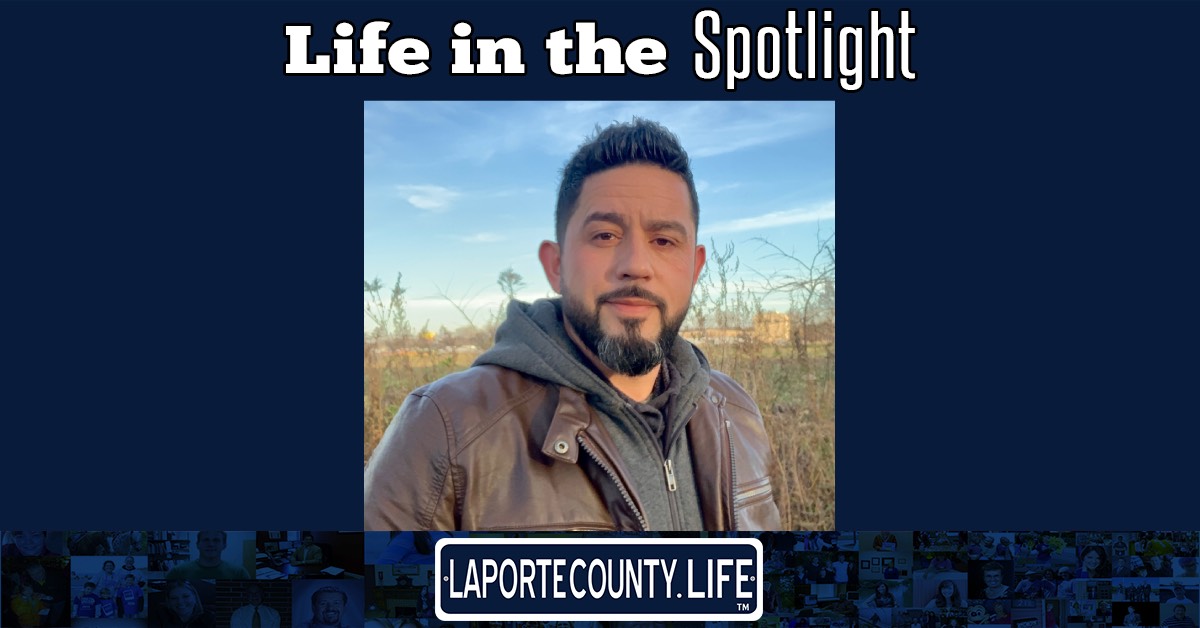 Life is full of curveballs, and sometimes the best thing a person can do is take a chance. Nobody knows this better than Fernando Lopez Jr., a graphic designer who forged his own path when faced with adversity.

Lopez’s early life was spent in the Northwest side of Chicago, but his family moved to Northwest Indiana when he was young, and he considers Lake Station to be his hometown. Art has always been one of Lopez’s biggest passions ever since he drew a picture of Snoopy for his mom when he was six. She framed his drawing and showed it off to everyone she knew, and her pride got him hooked.

After graduating from Lake Station High School, Lopez decided to pursue his love of art and went to Ray-Vogue College of Design which was part of the Chicago Art Institute. He spent about a year commuting to and from Chicago, but with a newborn baby at home and bills needing to be paid, college just wasn’t in the cards.

Lopez could have given up on his artistic dreams there and then, but life had other plans. Lopez’s graphic design professor saw how talented he was; he pushed Lopez to continue in graphic design and let Lopez use him as a reference at a graphic design company.

“I got really lucky. He knew my situation and he told me that I was good enough to make it even without a degree or experience. I’m really grateful,” said Lopez.

At the interview, Lopez almost didn’t get the job because most of his sample artwork was illustrations, not graphic designs. Determined to pursue his dream, however, Lopez took a chance and offered to work for free if they gave him the position. The company owner, impressed by his commitment, hired Lopez and let him work for minimum wage.

Lopez stayed with the company for several years until it was sold and he was left without a job. After that, he decided he wanted to take his future career into his own hands and started his own business completely from scratch.

“I decided to take a leap of faith. I took whatever money I had in the bank at the time, made sure I had all my bills covered, and then with what was left over I bought myself all the equipment I needed,” said Lopez. “I made a little room in my house my office, and I woke up every day like I was going to work and I just started hard calling people and asking if they needed any of my services whether it was a logo or a graphic on their vehicle.”

It was difficult, but Lopez stuck with it. Eventually, projects started coming in and his business took off.

“One of the first people to ever give me a shot was Resco Heating and Cooling,” Lopez said. “So, huge shout out to them. But, I just kept calling people until I got work, and then I would just keep doing that over and over until I was getting repeat clients.”

Lopez knows how intimidating it can be to pursue your dreams, but he tries to encourage others the way his professor encouraged him.

“Don’t be afraid to bet on yourself. If you're going to bet on anything, bet on your passions. If you’re doing the things that you love to do, you're not going to go wrong. I know plenty of people who are super talented, but all their talents are laying dormant. You don’t want to look back and wish you had done something different, so never give up on your dream,” said Lopez.

When Lopez isn’t busy working, he spends his time co-hosting a podcast called The Mental Edge. Lopez and his friend, Jay Wacasey, started the podcast a few years ago after Lopez read his friend’s inspiring book about how to be a better man. Lopez connected deeply with the book and decided that he and Wacasey should find a way to spread its message even further.

On the podcast, Lopez and Wacasey invite all kinds of different men from the community to discuss their lives and push each other to be better people. Lopez has loved being a part of the podcast and has found it very inspiring.

“I like knowing that what some of these men are doing in their lives is also possible for me to do in my life. These men show others that what they do is not far-fetched,”  said Lopez. “They show us that we can follow our dreams and that we can make those things happen.”

Along with the podcast, another inspiring force in Lopez’s life has been his mom and grandma. The two of them raised Lopez on their own and shaped him into the man he is today. They have both passed away, but Lopez is endlessly thankful for everything they’ve done for him.

“Even though they're not here with me physically, they're always with me in spirit. I feel like they wanted to raise a strong young man, but it can be difficult to do that when you’re a single mom. They poured into me, though, and taught me a lot of things, so shout out to them,” said Lopez.

Lopez’s story ultimately goes to show that passion and risk can take a person a long way, you just have to have the faith and perseverance to do it.