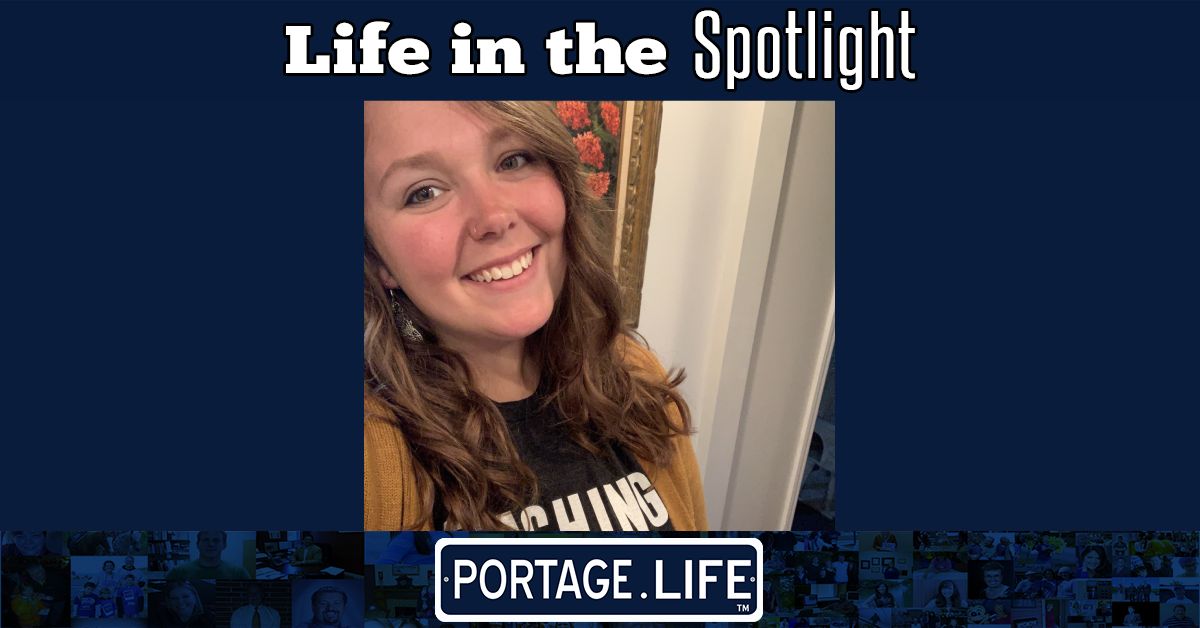 Faith Cooper makes it her mission to leave a lasting impression in people’s lives. As an English teacher at Portage High School, Cooper’s motivation in her life stems from making a difference in students’ lives and ensuring they are having incredibly life-changing experiences in her classroom.

Born and raised in Chesterton, Cooper attended college and majored in English with a teaching minor. She graduated with her teaching license and returned home shortly after graduating. Though she briefly attended DePaul University for graduate school, she stated that she was truly the happiest during her academic endeavors when she was student teaching.

She decided to take up a teaching position at Portage High School in 2018. She has taught English, yearbook, newspaper, journalism, and developmental reading, along with being in charge of both the Gender and Sexuality Alliance Club and Natural Helpers Club. In addition, Cooper is currently attending graduate school for social work.

Cooper stated that her grandfather passed away early in her college career, and she found out shortly afterward that he originally attended college to pursue an English degree. This revelation was incredibly assuring since she really looked up to him.

“What draws me to being a teacher are the interactions with students and having a crucial role in people’s lives,” Cooper said. “In the future, I want to be a social worker to maintain that service to my community.”

Cooper states that at the core of her teaching philosophy is the concept of service. She believes it is important to be seeing eye-to-eye with her students, and she strives to make her classes and lessons worthwhile in the long run.

“I see myself as being a servant of knowledge and guidance for my students,” Cooper explained. “I see my students as developing individuals, and I treat them as such. Being a teacher means aspiring to be a strong role model for them, as well as making sure their journey is prosperous. In my years of teaching, I have learned that the will and tenacity of the human spirit are unmatched.”

Cooper mentioned that the women in her life have been incredibly influential. She gave a shout-out to her mother, her grandmother, her many past teachers, and plenty of other role models throughout her life.

“After all that I have done throughout my life, I feel whole,” Cooper said. “I now know that I am strong enough. I have everything I need to survive and prosper. At the end of the day, I feel empowered.”