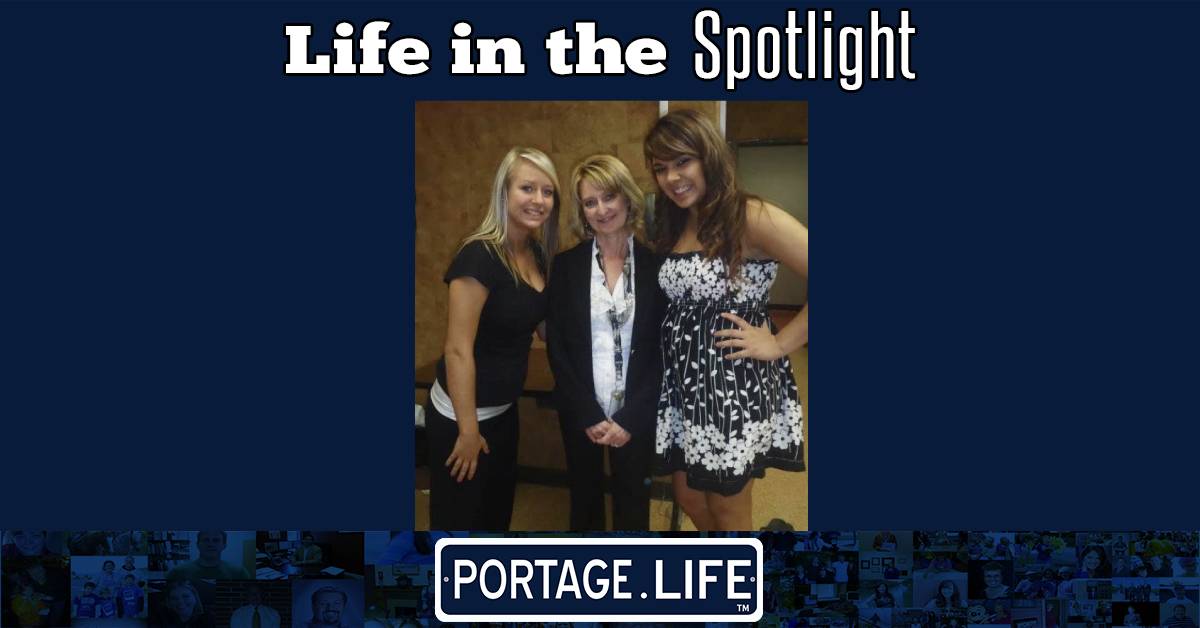 As an only child, it would have been safe for Deborah Gannon to assume she would grow up with fewer connections to other children than her peers who had siblings. However this assumption is far from the reality of Gannon’s childhood, because her grandmother fostered 32 children total, typically about four children at a time.

“I enjoyed it. I was an only child and I lived with my grandma until I was seven, so a lot of that time I was with her and the different children. It was nice to see her help kids who had a lot of problems,” Gannon said.

She credits her grandmother for initiating her enjoyment of spending time around children and helping them grow. This influenced her to become a teacher.

Gannon quickly immersed herself as an educator and began substitute teaching in 1994.

“I subbed at several schools and loved Portage because the kids were just so nice to me there. It has a family-like atmosphere,” Gannon said.

Based on her positive experiences as a substitute, Gannon applied to start teaching full-time at Portage High School, and began doing so in 1998.

She will teach two dual-credit business courses through Ivy Tech. While Gannon has enjoyed teaching family and consumer science, she looks forward to the switch.

“I’ve always loved teaching the fashion class, however, now marketing is one of my favorites. I really love that,” Gannon said.

She said that she most enjoys a hands-on approach to education and assigns her students lots of projects.

“Around the holidays, we would make things and take them over to the nursing home,” Gannon said. “We also did a project with the Sew Powerful Purse Project. We made purses and sent them to Zambia.”

Gannon and her students also provided girls with feminine hygiene products so that they can still attend school during their cycles.

Outside of teaching, Gannon has worked with students through Family, Career and Community Leaders of America (FCCLA), work-study programs, and theatre performances. She has worked with fundraising for FCCLA and has taken students camping in the past.

“I did the work-study program for three years and the students had jobs and I interacted with them at their jobs. I really enjoyed seeing them performing at the workplace and leading their adult lives,” she said.

Gannon said that she also sewed the dresses for one of the school’s theatre productions.

Whether it is inside or outside the classroom, Gannon’s favorite part of her job is working with students, seeing them do their best, and watching them grow.