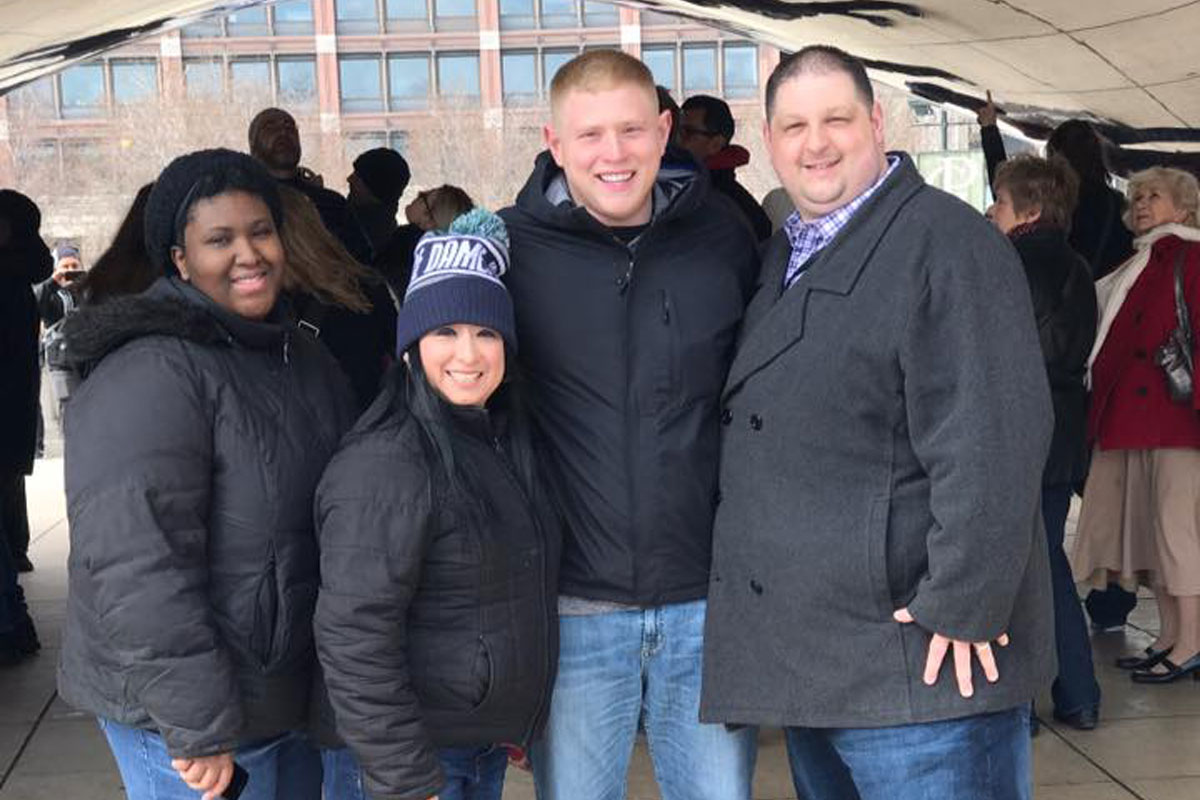 Caleb Hall, Program Director for the Dusty Rhodes Boys and Girls Club of Portage, is no stranger to the club’s influence on young minds and lives in Northwest Indiana. For most of his young life, Hall spent his time growing and learning at the club, and now, he’s giving the kids of Portage the same chance.

Born and raised in Valparaiso, Indiana, Hall attended Valparaiso High School, where he ran track for the high school’s team. That wasn’t the only after school activity he participated in, however.

The time Hall spent at the Valparaiso club grew into a passion for people, a passion for carrying on the mission of the Boys and Girls Club. Hall went on to study Sociology at Valparaiso University and graduated with a Bachelors degree, the first of his family to do so.

“Once I started researching degrees and what I was passionate about, Sociology was right up my alley,” Hall explained. “I’m a people person; I love interacting with people.”

Not only was Hall a life-long member of the Boys and Girls Club, he also began his career at the club in 2011 after graduating from high school. At one point however, his path changed, but quickly corrected itself not long after.

“I worked at the Porter County Juvenile Detention Center as a detention officer,” Hall explained. “I realized that wasn’t for me and I heard that a position had opened up here. So I applied, went through the entire process, was hired, and have been here ever since.”

Since stepping into the position in November of 2014, Hall has created a name for himself as someone who truly cares about not only the Boys and Girls Club, but also the influence he and staff have over all of the kids who walk through the doors every day. As Program Director, Hall oversees all of the programs, from athletic leagues, to summer camps, to arts and crafts, and so much more.

“Every person you ever talk to who has worked here will tell you that they love the kids,” Hall said. “In the short time that I have been here, I’ve seen kids go from elementary school to middle school, middle school to high school. You get to see that transition in how they grow up to be individuals. I think that’s really the most amazing part of the whole thing.”

As an individual who spent many days after school enjoying what the Boys and Girls Club has to offer, Hall has created a welcoming and exciting environment for kids not only to have a good time, but also to create lasting friendships and relationships with everyone they meet.

“You don’t realize how many lives you connect with in this job,” he said. “We have a bond with these kids and it’s awesome.”

Hall’s close relationships venture outside of his Boys and Girls Club family as well; his mother and sister have been with him every step of the way in shaping the person he is today.

“My mom was a single mom; my dad had passed away in a car crash when I was 12,” Hall explained. “So my mom worked to support me and my sister. I wouldn’t be the person I am today if it wasn’t for her showing me her resilience and seeing the work ethic she had.”

When Hall isn’t making a difference in the lives of Portage kids, one can find him in the great outdoors hiking, boating, bike riding, or riding his brand new motorcycle.

But his real passion can be found inside the Dusty Rhodes Boys and Girls Club of Portage. From the time he was in 2nd grade to his almost three year anniversary of working as the Program Director, Caleb Hall has shown not only the importance of clubs like the Boys and Girls Club, but also one person can go on to change the lives of everyone they meet.

For more information about the Boys and Girls Club, go to www.bgca.com.