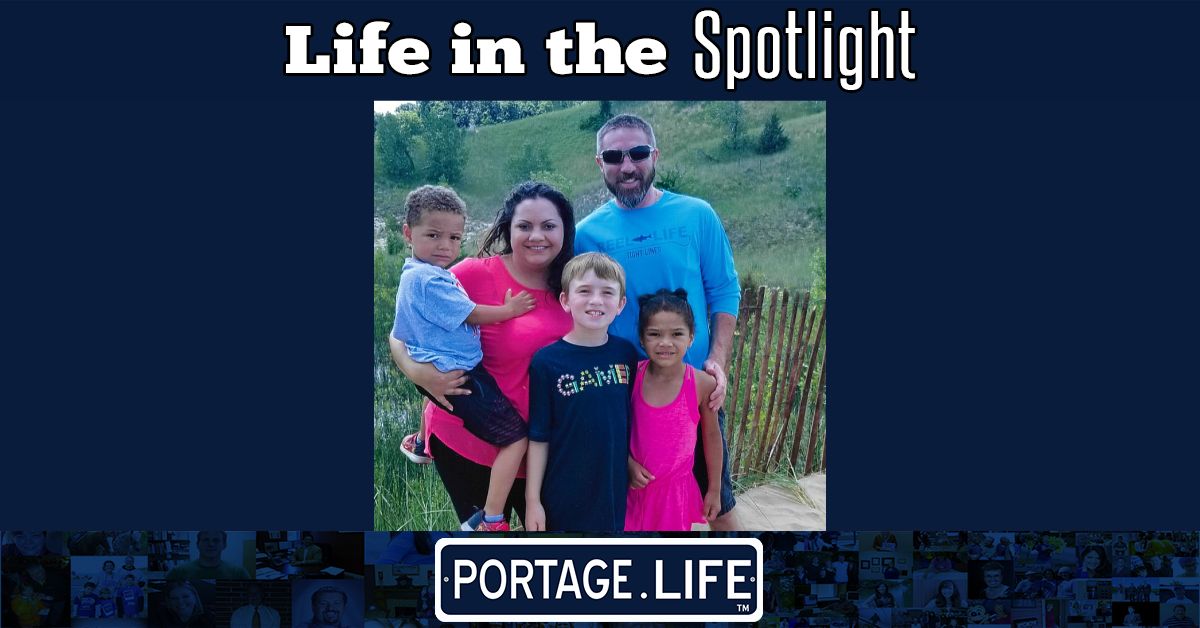 There are so many kindhearted people in the Region who give back to others and make their communities a better place. What’s really special, though, is when a person comes up with new and exciting ways to have an impact. Brandon Boyer, club director of the South Haven Boys and Girls Club, is one of those special people. Every day he brainstorms new ways to get kids engaged and every day he makes a difference in a child’s life.

Boyer grew up in Crown Point and graduated from Crown Point High School in 2002. Afterwards, he went to the University of Southern Indiana in Evansville, Indiana to study Elementary and Special Education.

Thanks to his mom and the work she did in the community, Boyer knew early on that he wanted to spend his life working with and helping kids.

“I grew up going to work with my mom, who worked for an adult day service program for people with disabilities. I ended up doing a lot of volunteer work with them for the Special Olympics for years and I just really enjoyed it,” said Boyer.

After earning his degree, Boyer spent some time working in Evansville. However, after a few years, he decided to come back to the place he’d always called home and began working for the same organization he used to volunteer at with his mom. Boyer stayed there for a couple of years, and somehow by chance ended up becoming the Club Director for the Portage Boys and Girls Club. Currently, he is the Club Director of the South Haven Boys and Girls Club, and he couldn’t be happier.

Boyer’s favorite part of his job is getting to impact kids’ lives, no matter how big or small.

“I tell myself all the time, we may not see a difference in a couple of days, but we may see a difference two years down the road. Some of those kids get older and come back and say, 'Hey, I really enjoyed coming here. I learned a lot from you' so, there's this feeling that I can make a difference in the kids’ lives. Every day, that’s the goal,” said Boyer.

Because South Haven is so small, many people don’t even know the South Haven Boys and Girls Club exists, and those that do know about it believe that it’s just a daycare. However, this couldn’t be farther from the truth.

“We're so much more than that. We provide lots of educational-based programming and we have a lot of opportunities outside of this Club. We take the kids on field trips, educational trips, fun field trips—we get them outside. This year at our club, our kids built a community garden; the kids planted plants from seeds and watched them grow. Then, the kids took the vegetables that they grew and used them to make meals for themselves inside the club. There are so many things like that that we do. So, it's not just babysitting. Although we do fun activities, we do a lot of things that help the kids grow,” said Boyer.

One of Boyer’s favorite things to do with the kids is to take them out hiking on different trails all around Northwest Indiana and show them things that they don’t normally get to see. Boyer is constantly looking for new things to get the kids out of their bubbles.

“Some of these kids don't get to leave this area and town except when they’re in school. So, when we can get them out and doing new things. It’s pretty neat,” said Boyer.

Boyer is thankful for all the people in his life who have helped him grow into the person he is today.

“I’m so thankful for my parents and how they raised me. They showed me the responsibility of putting in hard work and taught me to be dedicated to whatever I do. I’m also grateful to all of my previous employers who have helped me, because each one of those people has helped pave the way to the next phase of my life,” said Boyer.

Boyer is also incredibly grateful for his family's immeasurable love and support. With any free time he has, he enjoys spending time with them outdoors and doing fun things together as a family. After spending 14 years away from the Region, Boyer is happy that he can raise his kids in the same places he grew up in.

“I really missed the lake. I grew up in middle school and high school going out to the lake and being out there all day and hanging out with friends. Being able to take my kids to do the things that I used to do as a kid is really, really cool. It's so nice being back up here,” said Boyer.

Considering all the amazing work that Boyer does for the kids in the South Haven community, it’s easy to say that it’s great to have him back in the Region too.