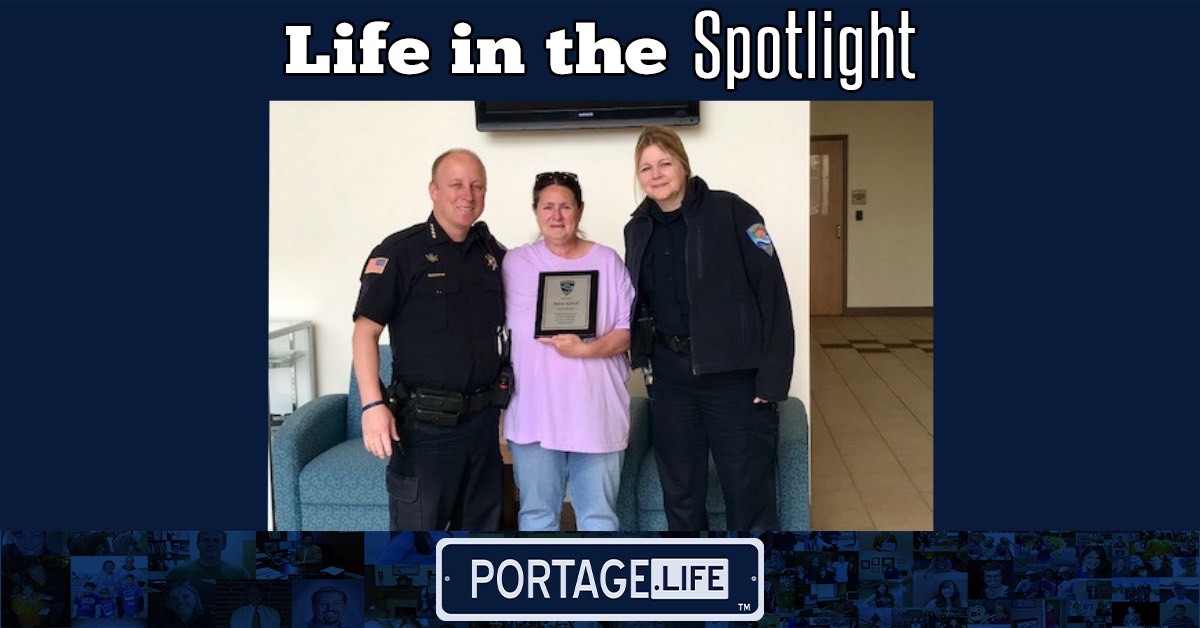 A lot of jobs exist out there for people who simply love children. Here’s one you might not have considered: crossing guard. Portage’s Bonnie Kidwell has been a crossing guard for Central Elementary students for 35 years!

“It’s a nice, quiet community. It’s grown a lot but not overly built-up,” Kidwell said of her 35-year beat. “I remember when it was just two lanes. Now it’s four!”

Kidwell, who grew up in Glen Park, Illinois, moved to Portage when she started her family.

“We were just supposed to be friends,” Kidwell said of her husband of 46 years. “But we ended up getting married and starting a family.”

Kidwell’s husband went to Central Elementary. Then, so did her kids. Now, even her grandchildren and great-grandchildren have attended Central.

“It fit right into my schedule when the kids were little,” Kidwell said. “I really enjoyed getting to know my kids’ classmates and their parents. After 35 years, I’ve gotten to know so many kids and parents, that I now get to know some of the kids’ kids!”

Kidwell ponders the lack of career-long crossing guards, saying “Not many people do it anymore. I’m the only one I know with 35 years in.”

“It’s all about the kids,” she says almost as a mantra. “The most important thing is making sure they get home safe.”

Kidwell credits the support of parents, but also of her bosses.

“If there’s a problem, I just call the principal and he takes care of it,” Kidwell said. “I couldn’t ask for better bosses. They’re awesome.”

Just like the students she keeps safe throughout the school year do, Kidwell relishes her summer breaks.

Kidwells’ kids are grown now, and her grandchildren have ultimately given her nine great-grandchildren. Every other summer, the whole family – about 30 people in all – head down to Florida.

“Florida in the summer?” Kidwell laughs, “It’s a different kind of heat.”

During their most recent trip, the family went to Sea World, Busch Gardens, and Lego Land, finding a little something for everyone. This year they plan to go to Disney and Old Town.

“We just love to look around,” Kidwell said. “There arelittle shops and a carnival and restaurants. They have a flea market and cool cars. It’s a nice way to spend time with the family.”

When not pursuing her love for travel, Kidwell spends her summers swimming with the grandkids.