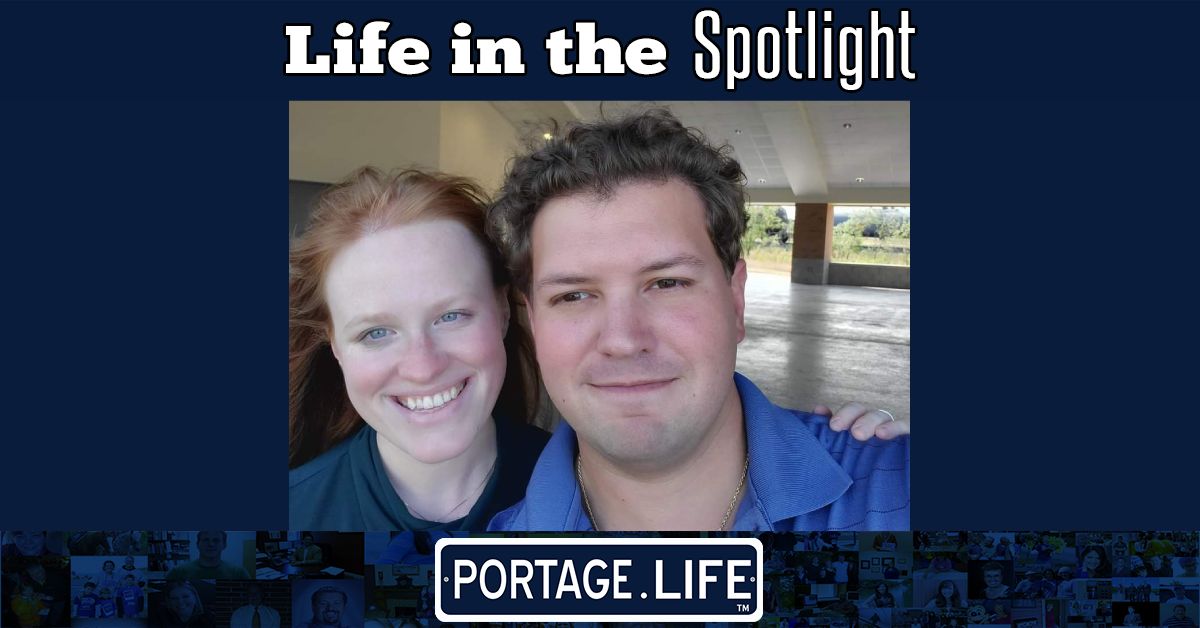 Austin Bonta knew two things after he graduated from college: he wanted to marry his high school sweetheart, now Megan Bonta, and start his own business, but he was not sold on the purpose of the business.

As the couple began their teaching careers, they soon realized that teaching the student as a whole was what they cherished most about their jobs. They also discovered that their talents could help them reach their goal of owning a business, and they created SoundTide Music School. SoundTide Music School came to fruition because of the musical talents of Megan Bonta, the business gumption of Austin Bonta, and their love of teaching.

“It’s really hard to tell my story without Meg,” Austin Bonta said. “We really are a partnership with the business.”

Austin Bonta is a Portage native. He attended Nativity of Our Savior Catholic School and then Andrean High School. After college, Austin Bonta and Megan Bonta lived in Crown Point, but once it became clear that he would teach at the Portage schools, the two decided to move back to Portage.

“There were kids that I had who started with me in first grade, and then I watched them graduate fifth grade. I was able to see the changes that the kids go through and see the progress they made year after year,” Austin Bonta said. “Being their teacher year after year was really cool. It was such a neat experience working with students with academic needs and working on behavior problems.”

While the two were growing the music school business, they were full-time teachers and essentially working two full-time jobs. By 2019, the two realized that something had to change, and Austin Bonta quit teaching and focused solely on SoundTide Music School.

He said he loved being a special education teacher, but the music school needed him there full time.

“What I think was cool about being a special education teacher was even though I didn’t go to the Portage schools, I was still able to participate in them for six years as a teacher. I think it was really special to get to know the community that way,” he said.

Austin Bonta manages and handles the financial aspect of SoundTide Music School. He also assists the teachers and students with scheduling. Megan Bonta has almost 30 years of experience playing the violin. She also teaches lessons for the cello, viola, ukulele, and guitar.

“Megan had always taught violin lessons, and it reached the point where we wanted to create a business,” Austin Bonta said. “We started the business in 2016, and we wanted to have an environment where it’s a professional setting where everyone has the same environment to learn in.”

As the business grew, more teachers, Janice Gryfakis (piano teacher) and Katie Reeves (voice teacher), were hired. The school grew to more than 150 students, three of which are out of state.

“All of our teachers are licensed teachers, and we think that’s important. We don’t just want people who are good at playing an instrument. We want people who know how to instruct, who know how to build a curriculum and how to tailor it to the needs of each individual student,” Austin Bonta said. “For us, it’s not about just becoming skilled in one song. We want to make sure you know the music theory.”

Austin Bonta was invited to be a part of the Plan Commission to finish a term. He was then appointed to a four-year term. He represents the plan commission on the other boards.

Austin Bonta’s connection to the Portage community goes way back. The Austin Hills neighborhood is his namesake, named after his family who developed Austin Hills in 1998. Now, Austin Bonta is playing his own role in continuing Portage’s growth through SoundTide Music School.