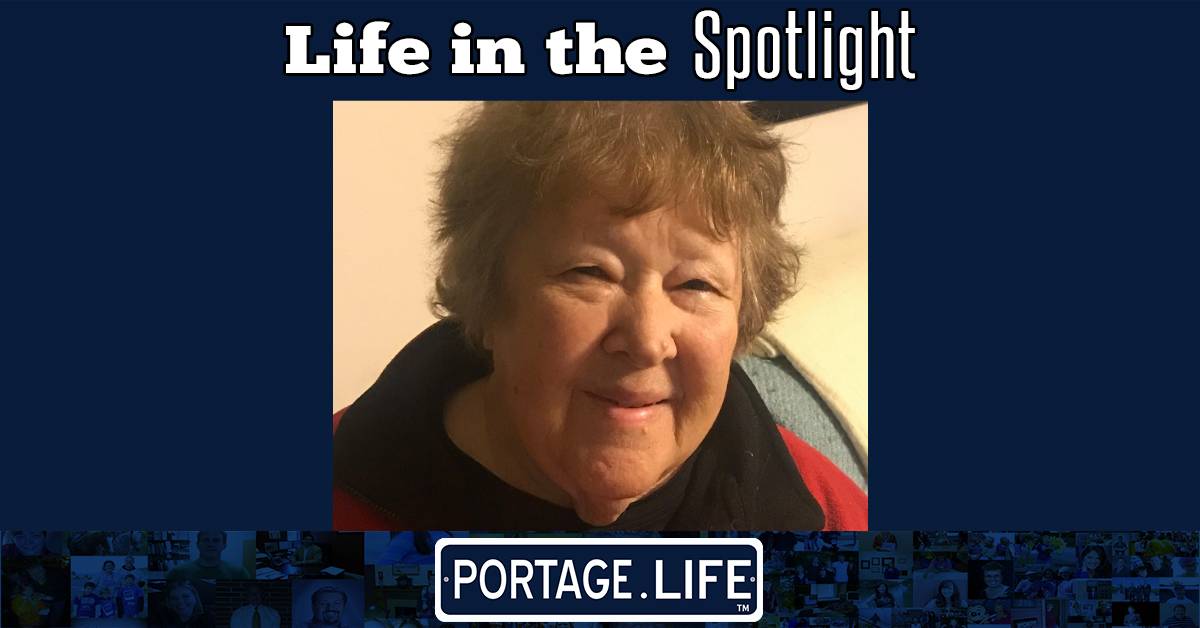 Preserving your own personal stories through oral expression is a tradition mankind has practiced for thousands of years. For Anne Koehler, sharing her life’s many stories has become synonymous with visiting with others. At 85 years old, Koehler has lived a long and eventful life. Her story begins in Damendorf, Germany in 1935.

“My family was a farming family,” Koehler said. “Our house had 30 rooms and was overcrowded during the war and post-war years. There were many different families living there including evacuees, refugees, and Polish forced labor persons. We had cows, horses, sheep, all sorts of animals and livestock. We had horses that pulled the plow through the field. We didn’t have tractors until I was much older,” she said.

Growing up during the 1930s in Germany meant Koehler experienced the direct impact of WWII’s destruction.

“Where my family lived was in the northern part of Germany, so it wasn’t much of a battle zone,” Koehler said. “You’d hear English bombers flying overhead at night going to bomb the city of Kiel (which was strategically important because of  submarines being built there), and sometimes they’d drop bombs they didn’t want to carry back to their base into the fields. We’d go to school the next morning and stare into this gigantic crater that we could see from the schoolhouse. My father was part of a detail of Germans who dug anti tank ditches in Denmark. They did not deter anything.”

Like many Germans during the time, her father and some of her uncles were members of the Nazi party, and were sent to detention camps when the British took control of the zone where her village resided once the war ended.  It took years for some of them to be released, after it was determined whether they were war criminals or not. Her father was cleared and had to pay a small fine. In his absence Koehler's uncle ran the  farm as best he could, with her father giving instructions via letters.

“I’d hear a screaming voice on the radio and he was spewing nonsense to the masses and I knew it was Hitler's. I was too young to understand what he was saying. For a 10-year-old girl, it was scary to think that something bad might happen.”

Impending doom did not occur once the war ended. Koehler, who had attended college in Hamburg, left Germany for the United States in 1960.

“I booked passage on a modern freighter, departing from Hamburg. There weren’t many of us on the ship. I had met my future husband three years prior on a ferryboat in Denmark and went to join him,” Koehler said.

Once Koehler landed in Virginia, she and her husband eventually wound up in Syracuse, New York, where her husband was a graduate assistant and she got a job working in the library at Syracuse University. Many years later, her services were used at Indiana University Northwest beginning in 1988.

“I love working in the libraries,” Koehler said. “My coworkers over the years would joke, ‘If Anne can’t find it, then it doesn’t exist.’ I think that being a life-long learner is important to living a long life. I’ll be 86 in March, and I still have that urge to learn. I don’t think I’ll ever lose that.”

Koehler has been a member of the Portage Historical Society since the 90s, where she helps book special guest speakers for the group’s events throughout the year.

“I’ve always been fascinated by history,” Koehler said. “I don’t think I do much, but the other people in the group love when I make jokes at meetings and book interesting speakers. This area has a very rich history that should be preserved for generations to come.”

Koehler has traveled extensively throughout Europe over the years. She visits the farm that she grew up on as often as she can. While COVID-19 has put a damper on Koehler’s travels, she still communicates with her family members in Germany via Facebook and email.

“My nephew owns the farm that I lived on as a child,” Koehler said. “I was supposed to have some family come here to visit last March, but this pandemic made that impossible. Family is always first, so whenever I can talk to my relatives back in Germany, I cherish those moments.”

As far as retirement is concerned, Koehler still wishes to work at Indiana University Northwest’s library until she can do it no longer.

“I’ll work until I either can’t or they kick me out,” Koehler joked. “Who knows how long that will be, I enjoy the people I work with and helping those who come in.”

When she is not engrossed in books, Koehler enjoys spending time with her daughter, Linda, and grandson, Daemon. She is an avid fan of documentaries, Kris Kristofferson, and telling stories of her many adventures.

“I’ve lived a long life,” Koehler said. “I think a reason I’m still around is that I don’t take myself too seriously. Life is very hard and complicated sometimes, but being around people who make you laugh and you make them laugh is what makes life special. Laughter is something we all could use a little more of.”