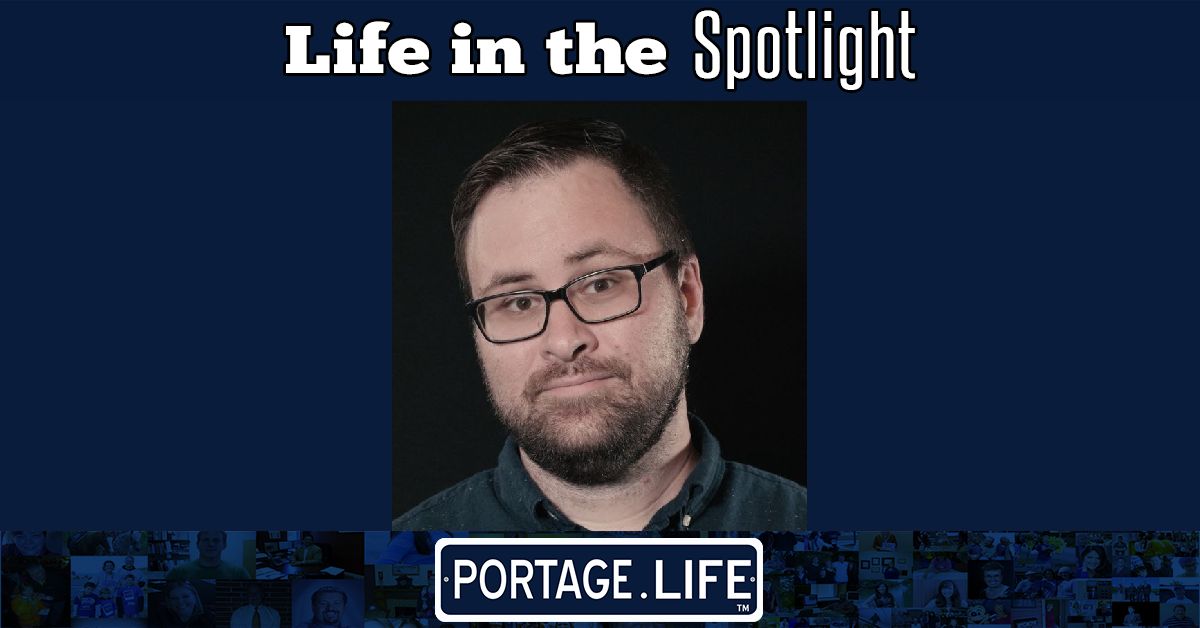 Many people believe that to become successful in the film industry, a person has to pack up their entire life and head out to the West Coast. However, people like Alex Srednoselac, a freelance video producer and editor who’s lived in the Region his entire life, prove otherwise and serve as an inspiration to many.

Srednoselac grew up in Portage, Ind., and graduated from Portage High School. Growing up, Srednoselac had a deep love of film—he taught himself how to edit video when he was only 12 years old and has been making movies his entire life. When the time came to choose a career path, Srednoselac knew exactly what he wanted to pursue. Srednoselac attended Purdue University Calumet, now Purdue University Northwest, to study communications and radio and television broadcasting.

Srednoselac’s dream coming out of college was, of course, to make a movie. However, he quickly decided that Hollywood wasn’t where he wanted to end up. The Region was his home, and he wanted to stay.

That’s exactly what he did. After graduating, he spent many years working at the IMAX movie theater in Portage to pay his bills while also working on his own small film projects on the side, trying desperately to make his dreams a reality. For a while, he doubted if he would ever reach his dreams, but in 2017, he took a risk.

Srednoselac took one of the award-winning scripts that he wrote in college and brought it to life in his first-ever feature-length film titled “Cashing Out.” The film was released in 2020 and was a hit. It got into many different film festivals, won several awards, and was even shown in several local theaters here in Northwest Indiana. Currently, it’s available for home video on many different platforms.

“That film is my pride and joy,” said Srednoselac.

Srednoselac is now freelancing full-time. He does work for many big companies and content creators all over the United States and has hopes to continue growing his business. Eventually, he’d like to focus on his own content creation full-time and become completely sustainable on his own without freelancing.

“I'd like to either start my own YouTube channel or something related to that,” said Srednoselac. “I would like to take a lot of the knowledge that I've learned from freelancing and just filmmaking in general and share it with people.”

Sharing his knowledge with others and encouraging others in the community to pursue their dreams is very important to Srednoselac. He explains that there are so many people in Northwest Indiana who have incredible dreams, whether it be in filmmaking or art or literature, but that they’re too afraid to take the leap or they don’t know where to start. Srednoselac hopes to change this little by little every single day.

“We need more people in the world to inspire others. There's so much negativity in the world and I don't want to be a part of that. I want to try to uplift other people to do what they want to do,” said Srednoselac.

If Srednoselac could give any piece of advice to someone, it would be to go for it. Take that risk,  believe in yourself, and know that there are so many ways to get where you want to be if you’re willing to forge your own path.

“You have to be kind of crazy. You have to work hard at it. You can't give up. If you really want it and you have that drive, there's no reason why you can't do what I do. I always tell people if I can make it work, you absolutely can too,” said Srednoselac.

There are so many people who Srednoselac believes helped him find success, and he doesn’t know what he would do without them. Two of these important people in his life are his parents.

“They are definitely my biggest supporters, and I can't thank them enough for how much they let me film at their house and disrupt their lives just to make my crazy dreams come true,” said Srednoselac.

Srednoselac is also incredibly grateful for his girlfriend, who he’s been with for 12 years, for always sticking by his side.

“The day I asked her out, I said to her, ‘This is not going to be an easy life and it's going to be a crazy ride, so I hope you're ready.’ I'm sure she can attest to that, but she's been here every moment with me, and I can't thank her enough,” said Srednoselac.

With such big dreams Srednoselac could have easily made the decision to leave the Region behind. Instead, he decided to stay in the community he’s loved his entire life, and make his own path. It may have been long and difficult, but it was completely worth it, and Srednoselac proves that the Region is the perfect place to pursue your dreams, even the craziest ones.