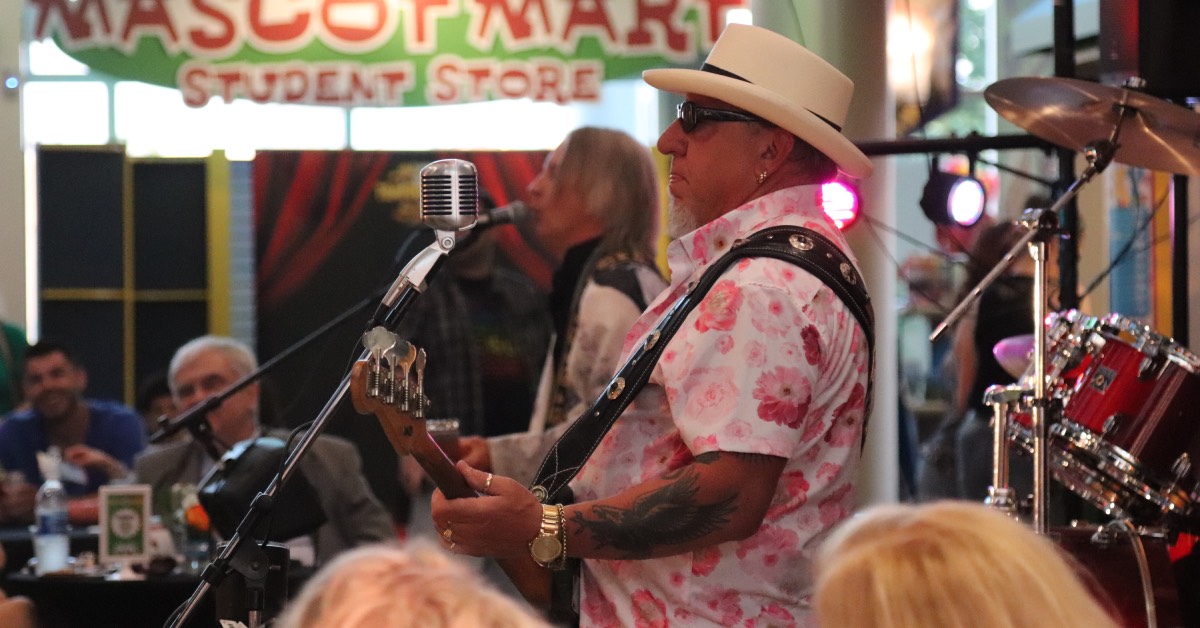 Featuring comedians like Mary Kate Beck, Jesnaira Baez, and Vince Acevedo, as well as live music from the band Nick Danger, the energy within Mascot Hall of Fame was something that Executive Director Karen Anaszewicz has been patiently waiting to bring back to the public.

“We are so excited to finally be bringing events back to the community after being closed for 13 months,” Anaszewicz said.

This night of comedy and live music was the Hall of Fame’s first “adult takeover” of the year because of the pandemic, and Anaszewicz noted how it definitely won't be its last.

“We are going to continue these types of events for grown-ups in the museum throughout the rest of the year,” Anaszewicz said.

As events like these start to pick up again around the Region, performers like Beck have felt fortunate to share a laugh with a live audience again.

“Performing tonight was so fun. The room was so great and this venue is such a staple,” Beck said. “It was really great to be here.”

Being one of the largest audiences Beck has stood up in front of since March 2020, Beck admitted that it is still a feeling that you have to readjust to.

“I’ve been performing ever since venues could have limited capacity since April, so I’m still getting back into the swing of things since I’m only about two months in,” Beck said.

Even for Nick Danger, guitarist and singer Mark Rongers discussed how he and the band are grateful for every performance they have had in the past 40 years, especially now.

“We love it every time we get in front of people, and fortunately, that’s a lot. Nick Danger is a busy band,” Rongers said.

Nick Danger kicked the night off and introduced Tom and Ms. Michele to the stage to welcome the crowd. From there, the duo presented the first comedian Beck, followed by a musical intermission, then a set by Baez. Tomfoolery also held a raffle for audience members, followed by more music and a performance from Acevedo.

Anaszewicz hoped to leave audience members with an encouraging message.

“We’re all about fun. For big kids, little kids, all kids,” said Anaszewicz.