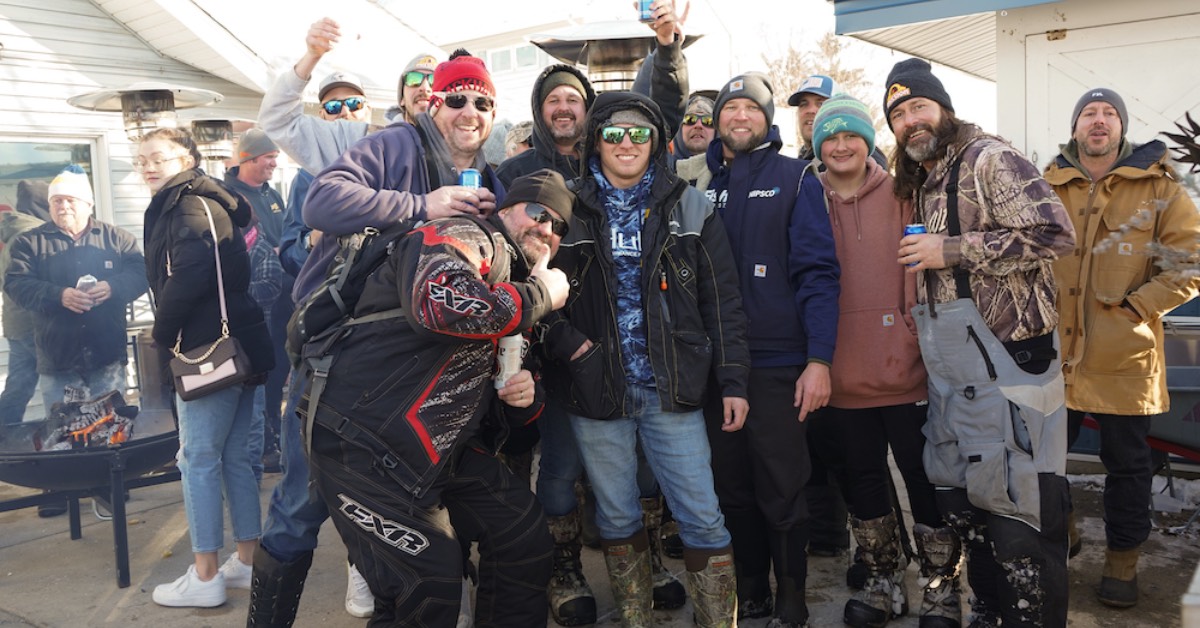 Winter can be hard on everyone, and being stuck inside with nothing to do can give many winter blues. The City of La Porte Park and Recreation Department has been working to help alleviate this and get people outside and having fun. Their solution – Winterfest!

Pam Carroll, Recreation Director for the City of La Porte Park and Recreation Department discussed some reasons for hosting Winterfest each year.

“We want people to embrace winter, get outside, get involved, and be a part of it,” said Carroll. “People can just get out and be outside to get some fresh air for a change.”

Winterfest 2022 kicked off on Saturday, January 29 and ran until Sunday, January 30 with many events and activities happening all around the city. The fest began with an ice sculpture demonstration on Friday. The event allowed residents of La Porte to watch artists carve masterful works of art out of ice. Taking place at the 618 Plaza on Lincolnway, the demonstration was a great way for artists to showcase their skills.

Ryan Frauhiger, a woodcarver by trade who has gotten into ice sculpting, is from Bluffton, Ind. but has sculpted many times in La Porte. This year, he decided to take his talents to Winterfest for the first time.

“The theme of this piece is sunflowers because this time of year it’s nice to remember that summer’s coming,” said Frauhiger. “That’ all there is to it; nothing deeper than that.”

After finishing his sunflower sculpture, Frauhiger began sculpting a snowman with leftover ice.

“The sculpture of the eagle is beautiful, but my favorite is the plague doctor,” said Bilderback. “They are all beautiful.”

“I’ve played for the last six years. Every year I put together a team and we come out and just have fun. Most of these guys are all people that we play on a normal basis during the summer and fall,” said Coach Kari Brinsfield.

Though the cold added an obstacle on the field, players didn’t seem to mind. The teams were happy to get together and get out of the house during a season that often feels isolating.

“It’s a good time to get out and have fun with your friends. It’s cold, but we’ve played in worse conditions than this. It’s funny when you play in the snow. People fall, people dive on the ice, people are slipping, and people are sliding. It’s a really good time,” said Renee Bays, a player on one of the teams.

Spectators, on the other hand, felt the effects of the weather. Supportive friends and family huddled around fire pits and bundled under blankets on the sidelines.

“I have a couple of friends that are playing. I’ve been watching them since summer games. I’m freezing, but it’s fun and it’s really cool to watch them play,” said Elizabeth Zellon, a spectator. “I’m here just to support the people I love because I hate the cold.”

Though the temperatures were low, morale was high, and the teams had a great time getting out and competing.

Last year, because of the COVID-19 pandemic, the city did not hold the snowball softball tournament or the horse-drawn wagon rides, but the City of La Porte Park and Recreation Department was excited to have them back.

“The most popular event of Winterfest would probably be the horse-drawn wagon rides,” said Carroll. “The year before, we had people waiting in lines for the wagon ride. It was very popular.”

The City of La Porte is very excited to put on the snowman building contest this year.

“Last year we did a snowman contest, which we hadn’t done in many years because we never have snow, but we brought that about again this year because we have snow,” said Carroll.

In addition, the ice fishing derby was a huge hit this year as well.

It takes a special type of person to get up at 5 a.m. on a Saturday to sit in the middle of a frozen lake all day. For enthusiasts of ice fishing, however, the early mornings and harsh conditions are all part of the fun. The annual ice fishing derby on Pine Lake brought participants of all ages together for a day of fishing and friendship during the second day of La Porte’s Winterfest.

“There’s no other place I’d rather be. Look at all of these guys – the camaraderie is great,” said Todd Bates, a participant.

The friendships forged on the ice create a lasting bond for fishermen of all ages. Many participants take the derby as an opportunity to get their kids involved in the action.

“It’s good to get the kids involved. We’ve been consistent for about five or six years. We bring our kids out here and it’s really fun to run tip-ups with the kids so they can get involved and do things without their cell phones. We all have our kids out here, and that’s how we enjoy it,” said participant Kevin Kaiser.

Kaiser’s kids enjoy running tip-ups – stationary fishing lines that alert the fisherman when a fish bites by releasing a spring-loaded flag. Kaiser’s son Wes seemed to be an expert on the process, and it’s clear that his passion lies on the ice.

The top two out of four winners of the derby were minors, and the winning angler won $750.

Another highlight of the derby happened about halfway through the event, when angler Matt Glick caught a 28.5-inch walleye. This was not only the best catch of the derby, but the most impressive catch of Glick’s life.

“I’ve done this for years,” Glick said. “This is the biggest fish I’ve caught in my life. It’s a trophy walleye; I’m pretty pumped. It’s worth the price of admission, and it’s worth the whole trip right here.”

Proceeds from the event were donated to the DeCamp’s Band of Brothers Foundation. The money will be used to fund upkeep for youth sports fields in the area.

“I just appreciate the cause. They help out with the Parks and Recreation department with baseball fields and stuff like that for the youth. My favorite part is all of the camaraderie and all of the people that come out for the cause,” said Mark Kmiecik, a spectator.

Though many would be affected by the chilling temperatures during the derby, participants were unfazed. While tents and space heaters aided in some capacity, the freezing temperature was hard to ignore. For the fishermen on the ice, however, the cold was a small price to pay for a great time with friends.

“There’s just something about the weather that brings people together like this. There’s really nothing like it. It’s cold, but we get to come out and eat and drink together out on the ice,” said Brent Samford, event organizer.

To learn more about this year’s Winterfest, please visit www.laporteparkandrec.com/winterfest.

To learn more about the City of La Porte Park and Recreation Department, please visit laporteparkandrec.com.