As I explained before about our trip, the 4 rookies were counting on me to show them a good time. 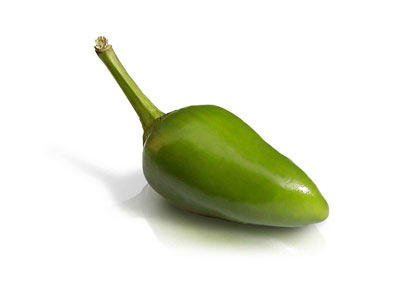 After arriving in town, eating, resting, and hitting the links, we were looking forward to eating again. I decided to surprise them and I took them to dinner at the restaurant next to the Liberace museum. No, we did not go through the museum, but they did have one of his pianos in the restaurant. I’m a pretty simple eater, some good pasta al dente and some meat sauce or a hearty marinara and I’m good. Although the vodka sauce is also one of my faves. Not even sure if it’s made with vodka, I don’t drink so I’m not sure, but it really tastes good. The other guys ordered eggplant, or osso bucco, risotto, antipasto, different pastas, and many other things that we all shared and tried. Instead of having desert, we decided to call Frank S. for his homemade cannolis. Frank you will remember is the roulette dealer who sells his homemade cannolis. I reached Frank and we decided to order 36 cannolis. I don’t even know what we were thinking, but we sure were enjoying them. We drove out to his house right off of boulder highway just before you get to Sam’s town.

As we drove back towards old downtown Las Vegas, we figured out that we would have had to eat 7 cannolis each. It didn’t take this bunch of geniuses long to figure out we could never do that. So we thought when we got downtown we could just give a bunch of them away. We still had 20 some cannoli left when we started our big giveaway. Some people were skeptical, some people were just plain scared. Finally we were able to get rid of them by offering them to some dealers to take with them on their breaks. When they found out they were Frank's cannoli, there was no hesitation. They were gone in minutes. We thought it must have brought us good luck. Since we were being kind and generous, I think it made a difference on our luck. We seem to win in one way or another. After great fun, laughter, and a lot of food, we went to the condo to rest up.

Marc went out for donuts and coffee again the next morning. That kind of became his job and I must admit he did a good job at it. I think we might put Marc in charge of something for the Breakfast Club that we have every Saturday morning at Mike's Premiere Grill on Calumet Ave in Valparaiso. I just don’t know what we can trust him with. Anyway we decided that we had been in town long enough and had not even gone to a buffet. So we decided to make the Rio Buffet our lunch spot. It is a magnificent buffet: Italian, Chinese, American, salad, seafood, just about any category you can think of. In one section you choose your ingredients and put it all together and they will stir fry it for you. A friend of mine was in town at the same time and joined us for lunch. My friend Tom Vandenberg is a large individual, about 6’4” tall and about 260 lbs. Tom went to Notre Dame on a football scholarship. As Tom and I are going through the line for the stir fry, one of the ingredients was a small green pepper. The sign says “these peppers are very, very, very, very, very hot.” That’s 5 verys. When I turned around , Tom had about 12 of these peppers on his plate. He put a few on my plate and he was encouraging everyone one else to get some. He picked up a pepper and it just barely touched his lips, when I saw all the color drain out of his face. At that point, his eyes bugged out, his tongue came out of his mouth and he tried to talk. Nothing came out. All I could think about was if this guy keels over, how we could even pick him up.

He was trying to motion to us not to eat the pepper. Our reaction was no s--- Sherlock. We might look dumb but we are not stupid. By now Tom was sweating like a stuffed pig. We were kinda of holding him by the arms and walking him to the salad bar area. He was still white as a ghost and begging for water. I told him no, we have to get bread so that it acts as an alkaline to offset the acid of the pepper. I really did not know what I was talking about but it sounded good. I think I read it somewhere. When we got Tom to the salad bar, I think he ate all the rolls on the table. Then he started on the banana bread, next was the display rye. It took about 20 minutes to get him back to normal and it was scary. I think he still had aftershocks for the whole day.

The next day we were leaving to go home. We went out for one more round of golf and we were able to use that to get Leo completely blitzed so we could get him on the plane quietly. He was contemplating taking the bus back but we talked him out of it. Let me know what some of your favorite Vegas spots are. Email me at info@jcm8250.com or call me at John Cicco’s Menswear in Merrillville: 219-769-1744 ext 5. Fred is part owner of John Cicco’s menswear and Idplus Marketing.