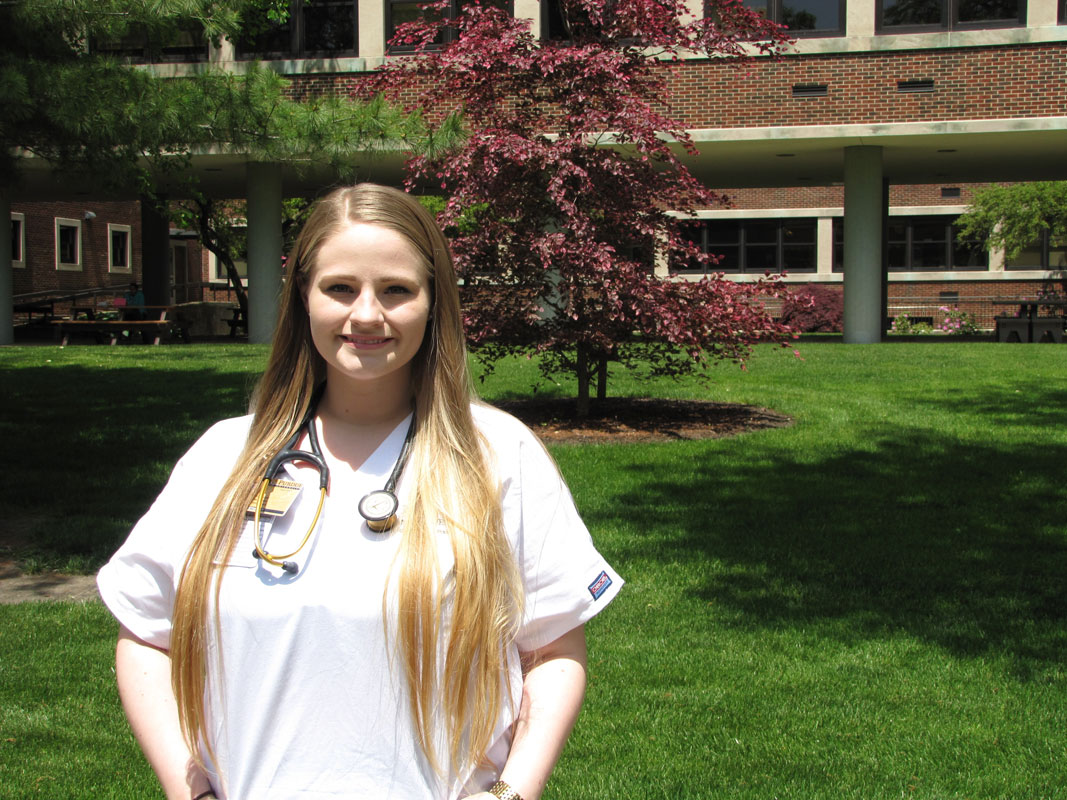 Caroline Blaundin was not expected to do what she did during just her second day of hospital patient care as a first-year nursing student. But helping save a patient’s life is what she did.

It happened while the 22-year-old, Purdue University Northwest Calumet Campus aspiring nurse from St. John and six of her Foundations of Nursing course classmates were doing patient assessments last month at The Community Hospital of Munster.

“I assigned her to do vital signs,” instructor Janet Landrum said.

In the words of the student, here’s what followed.

Patient was ‘breathing funny’
“There were two men in the room that I had been assigned; one was fine, but the other was breathing funny,” Blaundin said. “He was sleeping, but I was instructed to wake him up. When I tried and asked him if I could take his vitals, I noticed he was covered with sweat and felt clammy.”

Readings of blood pressure and heart rate checks Blaundin performed on the patient prompted her to quickly summon her instructor, who agreed the patient was in distress. The charge nurse was notified and an acute response team was activated.

The patient, accompanied by Blaundin, was then taken to the Intensive Care Unit, where a doctor was waiting. Subsequently, the patient, who had suffered from a diabetic condition, was stabilized.

Best validation
“The doctor gave me a big hug,” Blaundin said. “He told me, ‘If you had checked on the patient five minutes later, it would have been too late.’ That was the best validation I could have received that I’m in the right field.”

According to Landrum, a nine-year faculty member, “I’ve never before had a first-year nursing student notice a patient in distress and follow up exactly as she had been instructed. I’m so proud of Caroline.”

Inspired to become a nurse by her grandmother who served as one during World War II, Blaundin is uncertain about which field of nursing she wants to practice. But she is certain about at least one aspect of her future career. “It’s my passion; it feels right,” she said.