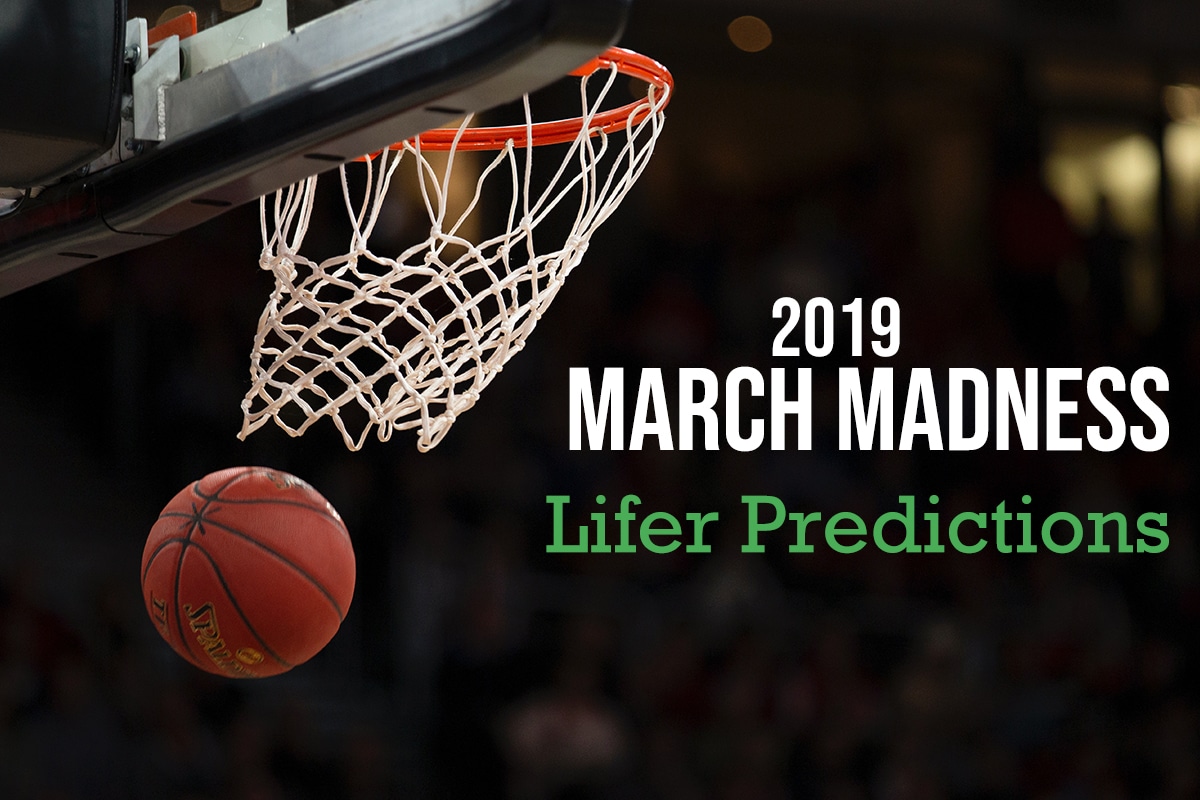 The wait is over and let the madness begin! After the March 17 Sunday Selection, the 68 teams for the 2019 NCAA Tournament are set.

With the four No. 1 seeds - Duke, Virginia, North Carolina and Gonzaga - leading the regular season, the ACC has been quite accomplished, earning three of those seeds. It’s something only the Big East last accomplished in 2009.

Out of the first four, I like Arizona State because I tend to root for the underdog when I’m not rooting for my home team. I read that this is the second year in a row they’ve made it to the NCAA tourney lately, and they’ve had an inconsistent season which always makes for exciting ball. Plus, one of their lead players is a redshirt and I love those kinds of stories. If they don’t make it in the West, I suppose my next pick is Michigan. Just because they’re a force.

For the South, I have to root for my Boilermakers all the way, even if it’s unlikely they will go that far. But Purdue is an overall No. 9 seed with a 3 seed in the south region so I have hope. I was a student at Purdue when Matt Painter (now their coach) was a player. It’s fun to see him succeeding. #BoilerUp. (Also, in all healthy rivalry, I’m super pleased with the noticeable absence of any crimson and crème in this tournament. Heh Heh Heh).

For the Midwest, I have to say (reluctantly because I always catch crap for it) that I think Kentucky will do well. They are a little like Duke in that you either love them or hate them. I don’t feel strongly either way, but despite their whiny reputation I do find them wildly entertaining to watch.

In the East, I’ll root for anyone except Duke. Yeah. I’m one of those. (And I can’t believe I have to share an office with the Duke AND IU lover below. Ew. Jk jk. Sort of). I have to pull for the li’l ol’ Terrapins because a lot of my family is from Maryland and it’s fun to see them play. Plus, like Arizona, they have been inconsistent so it could make for some exciting basketball. I doubt they’ll go far, but I like who I like.

Not the Fab 5 but they’re pretty good.

Ever since the mid 90’s during my high school days, Michigan, the originator of the baggy shorts, has become my favorite college team to watch. Their iconic fight song echoes strong through my head as I type.  Let’s not discuss how they cheated and were banned from tournament play for a couple of years, shhhhhhhh…

I’m going to put my fan-goggles on and say Michigan is going to take it all the way to the end and bring home a championship. Sure, they are missing three of their top four scorers from last year and their recruitment was sub-par. But let’s not forget, Michigan was boasted as the most complete team in the nation early on in the season because of their strong defense. As long as we don’t have to play that other University from the state of Michigan, who shall remain nameless, we should be smooth sailing. Don’t ask me why we can’t beat them, it disgusts me.

OK, ok - that was spoken like a true blind fan. In reality, I’m cheering for Michigan but if I, as the kids say it, “stay woke,” it will be very difficult to go through Duke, Michigan State or Gonzaga to even make the Championship game. Michigan should have a strong showing, but I see them going to the Elite 8 and maybe Final 4 at best.

(Slowly putting down my fan-goggles)

If I had to put money on it, I’m going with Duke. Have you seen this guy Zion Williamson play? The guy is a beast and is expected to be drafted number one in the NBA draft. It’s hard to pick against the #1 player in the country and he has a lot of great players around him. I also hear they have a pretty good coach too. Mike Krzyzewski, ever hear of him? Come on, if you are not picking Duke to win it all, you’re in denial or blinded by your own team fandom.

My prediction for the final four this year is Duke, Florida State, North Carolina, and Tennessee. My favorite team and my prediction to win it all is Duke Blue Devils. I have been a fan for as long as I can remember. I love the way each player plays their heart out 100 percent of the time.

My favorite player this season is Zion Williamson. He is by far the best player in NCAA and every time he plays it’s jaw-dropping experience to see the things he can do (his dunks are insane).

One trend I noticed this year is every team has their problems, which can cost them a loss to any team. For Duke, when Zion is hurt they are beatable by any team they face. I can see a few underdog teams making a good run in the tournament. Personally, I love seeing the underdog teams make it to the finals. My pick for the underdog to make it the farthest this tournament is Colgate, but I would love to see any 14-16th seed team make it far.

My prediction for this March Madness is that you will see a lot of unknown players have breakout plays that everyone will be talking about. I believe Duke will make it all the way and be NCAA champs, but if Duke somehow loses I would like to see any Big 10 school win it (sadly IU is not in this tournament). I love March Madness because I love college sports and I love the idea of a huge tournament that gets played throughout March and in the end, one team is the champion.

Tip-off for the first round of March Madness is set for March 21 with a total of 16 games. The 68 team tournament will host 67 games over 19 days jam-packed with intense excitement and talent. The Final Four will take place in Minneapolis April 6-8.