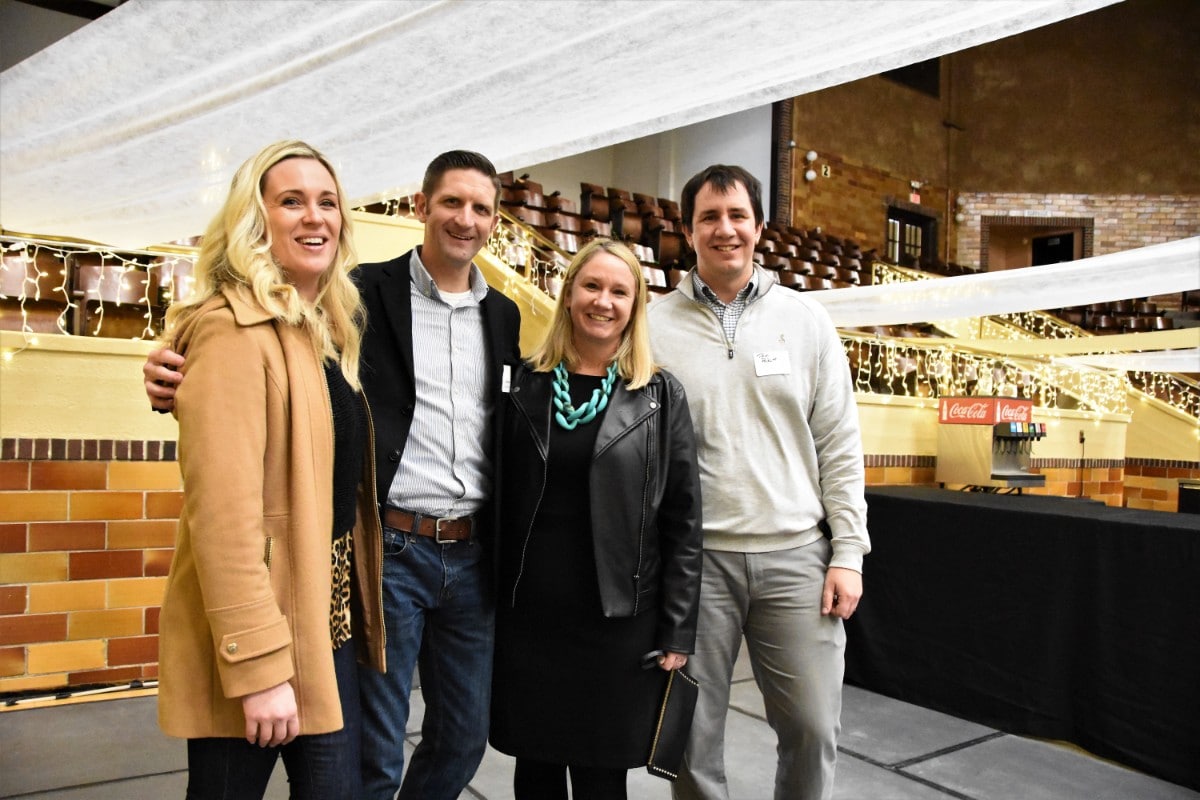 La Porte Mayor Mark Krentz took the stage at La Porte’s historic Civic Auditorium today to deliver a proud and heart-felt state of the city address, his last as mayor of the city.

In his address to the crowd, Krentz touched on just a few of the many civic and economic improvements the city has brought to light in the last year, including improvements to local schools, repaving streets, projects to rebuild local parks, and playgrounds improvements – all that positively impact the quality of life for city residents. He celebrated a recent $220,000 Destination Development Grant, secured by a team lead by the city planning department, to improve the growing trail system in La Porte County.

When talking about making La Porte a good place to live, work, and play, Krentz talked passionately about a new art project at the city’s downtown Plaza 618. The visual arts council engaged nationally-renowned, Indiana-based urban contemporary artist Tom Torluemke to create a mural at the plaza that depicts La Porte’s past, present, and future.

A highlight of this year’s address included the formal announcement of the newly-formed La Porte Economic Advancement Partnership (LEAP), the result of combining the Greater La Porte Economic Development Corporation and the Greater La Porte Chamber of Commerce. The new alliance, lead by Bert Cook, will continue to operate chamber of commerce and economic development functions independently with oversight from the two boards of directors, but will share staff, workspace, and overall vision so the organizations can be more closely aligned as they represent the business interests of the greater La Porte community.

Mike Riehle, the newly-named president of chamber services for LEAP, stressed the importance of workforce development.

“That’s a key focus for us right now - being able to find qualified individuals who can join the workforce and fill open positions here the community. That is going to be one of our goals going forward,” he said. It was his first day on the job.

In late February, when GLEDC and the Chamber announced that they’d be joining forces, Cook said he looks forward creating a unified economic and business services engine.

“Essentially, we want to invigorate and improve what is working well and shed what isn’t. The best way to do that is to rebuild our organizations in conjunction with each other,” Cook said. “It is a tremendous opportunity. Our boards have entrusted us with the challenge of building an innovative center for economic prosperity. We are up for it, and cannot wait to get started!”

Riehle is optimistic about LEAP and the future of La Porte.

“I think that the future of La Porte is absolutely brighter than ever. Some of the things that we’ll see happening here in the next few years are really going to put La Porte on the map,” Riehle said.

Ashey Dickinson, CEO of La Porte Hospital expressed her appreciation for the continuing efforts of GLEDC and the Chamber of Commerce – now LEAP - to grow the community as a whole.

“In the past year, we have recruited 29 new physicians and advanced clinical support to La Porte and nearby communities. I consider this a testament to our entire community,” she said.

“The hospital is just one piece of their decision to join our staff. When making the decision to join our team, physicians want to know they are moving to a community that is supportive of healthcare and caregivers. They want to know that their children will be successful here in our schools, and La Porte does all of these things well,” Dickinson said. She also noted the hospital is getting ready to let more than $50 million in contracts to local Northwest Indiana contractors for construction of the new hospital.

In closing his address, the mayor stressed the importance of teamwork and setting goals.

“Everything starts with you. Set the bar high. Inspire those around you. If you can conceive it, and you can believe it, you can achieve it,” Krentz said.