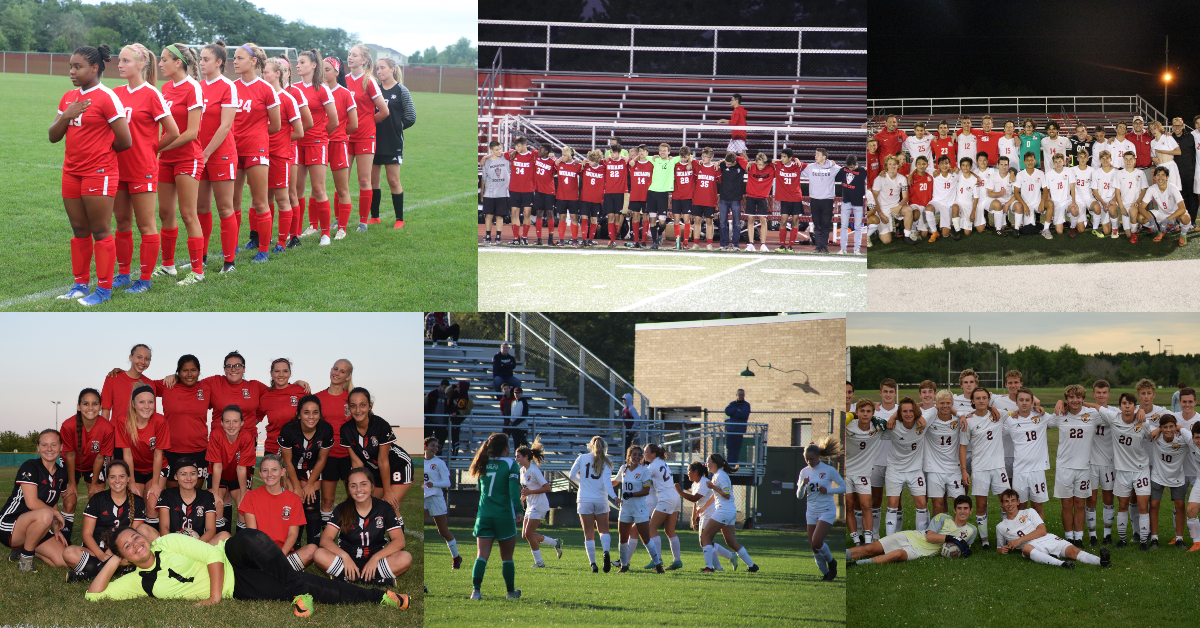 The Region is full of talented soccer players and boasts a large number of state championship teams. Many teams have been led by strong seniors or are scattered with young talent, and boys and girls soccer in the Region is one of the most competitive in the state. We invited region coaches to share their early-season insights and where’s what we learned.

The Portage Indians look to have another strong year. On the girls team, head coach Matthew Plawecki trusts the leadership in his seniors. Senior captains Nicole Melton, Samantha Flitar, Karli Liebig, and Destiny Hernandez will lead the team this year.

After this year, coach Plawecki will be coaching the Indiana University Northwest RedHawks.

The Portage boys’ team has a coaching change this year, with coach Dave Bock leaving and coach Dave Kurtz taking the helm. The team will be led on the field by seniors Miguel Verduzco, Harris Ables, and Carson Warne.

Chesterton boys and girls are some of the best teams in the state. The boys are coming off a state championship and hope to improve upon last year’s success. They return a number of starters and are coached by Lucas Sabreda.

The girls team is strong as well. They are led by Addy Joiner, Olivia Vesling, Ashlee Bakaitis, Sydney Stott, Kaitlyn Kogl, and Caroline Liapes. Their coach, Ben Forgey thinks highly of his team.

“I think we will perform very well this year. We're returning a lot of players from a team that was pretty good last year. We weren't as good as Valpo last year, but we handled pretty much everyone else we played in the area. I expect the landscape to be similar this year. I expect us to be the best two teams in the area. Between the two of us, the team that plays better on the day will win the game,” Forgey said.

The Crown Point Bulldogs girls team is coming off a winning season. They will be led by Skylar Golding and Bridget Rayonec, and are a young team looking to grow by the end of the season. They are coached by Chris Mukrit.

“Graduating 11 talented seniors from the class of 2019, we will be looking to fill some very important positions for next year. We have some very talented players returning next year and they will have to take on more leadership roles and more team responsibilities. Our JV team was 32-2 over the past two years and many of these girls will be the core of the varsity this year. These girls will be tested early as we do every year, the first week they will play Lake Central and Highland,” Mukrit said.

The boys team is looking to have a winning season as well and has added Portage transfer Kristian Simakowski to aid the Bulldogs.

Be sure to keep an eye out for photos, articles, and more regarding the elite high school soccer programs of Northwest Indiana. You’ll find them at Valpo.Life, NWI.Life, Portage.Life and LaPorteCounty.Life!