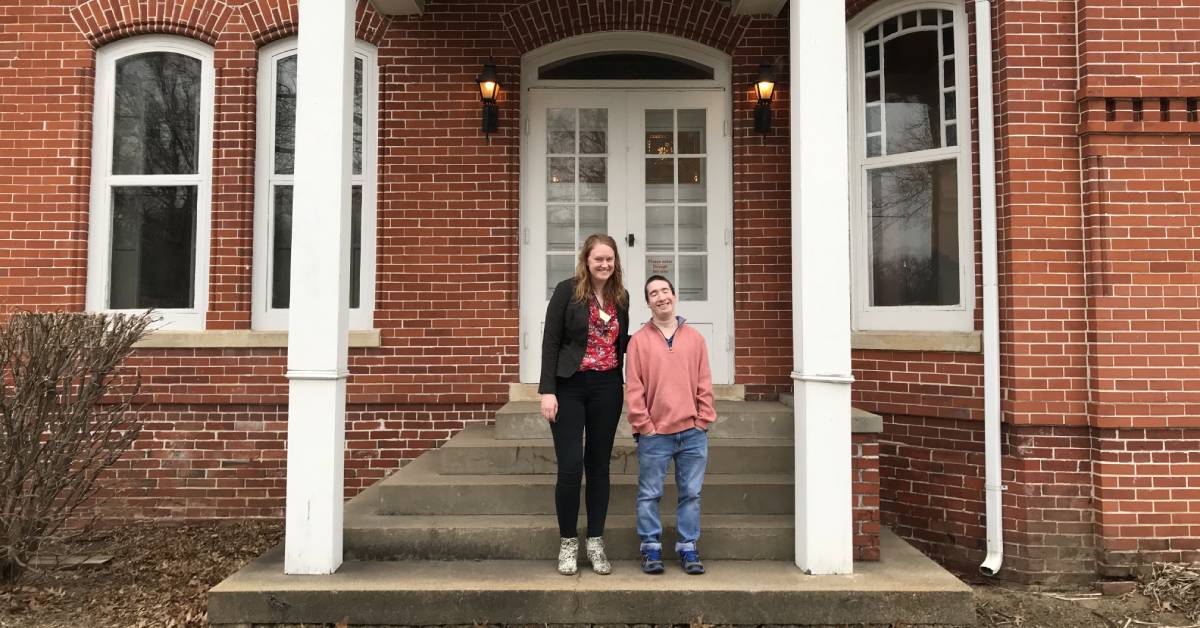 Northwest Indiana is rich in history, and there’s one place that’s connecting it to its past – the Westchester Township History Museum in Chesterton.

Before becoming a museum, this house was known as the Brown Mansion. The mansion was originally built as a retirement home for George and Charity Brown in 1885. George Brown was a landowner and cordwood supplier for the local brickyards in neighboring Porter. The house is a two and ½  story building. It was built of Porter brick and is considered as Queen Anne’s style architecture. In 1963, the building was sold to the Westchester School System which later changed their name to Duneland School Corporation in 1969. From 1983 to 1985, the Duneland School Corporation fixed and remodeled the building. They added a wing to the north side of the house for more office space. In 1998, the Brown Mansion was listed in the National Register of Historic Places.

The museum is filled with a few different exhibits at the museum that are interesting and fun all while allowing a look at NWI’s history. They have some exhibits that are always there and present special exhibits as well.  For example, the museum had a special exhibit for the holiday season that was about toys. The next special exhibit that is planned will be titled Women of Duneland. It runs from March 3 to May 10.

There are several extremely interesting findings inside the museum. Cary Auchey has created models of different historic locations in Westchester Township.  A model of the Brown Mansion sits proudly at the original entrance to the house on the first floor.  Other models that have been built are the gazebo in downtown Chesterton, the Beam house, Burstrom Chapel, the Chellberg Farm, Bailly Homestead, the Jacobson Building, the original Chesterton Town Hall, and the Westchester Community Center.

Another brilliant feature of the museum is the three paintings by Frank Dudley.  Dudley’s paintings of the Dunes are so well known that he was given the nickname “Painter of the Dunes.”  In addition to painting the Dunes, he wrote a book - The Indiana Dunes Revealed.  Dudley was from Chicago and attended the Art Institute, but he set up his studio in what is now the Indiana Dunes State Park.

The museum also puts on various programs throughout the year. One interesting program that the museum puts on is trivia night each month. These are hosted by the Museum Educator, Susan Swarner, and cover a wide variety of topics.  The next trivia night is on February 25 at 7:00 p.m. at the museum.  The topic will be the Chicago Bears. March’s trivia night will be on March 31 and will cover Irish trivia.

Another exciting event is called Music at the Museum. It will be held on March 12 at 2 p.m. It is in celebration of St Patrick’s Day. This is also a monthly event that is held throughout the year. They also are hosting a knitting event called Knitting Together and is on March 1 at 5 p.m. at the museum.

The museum has opportunities for school field trips or other types of groups that want to have tours. The tour that was given by Susan Swarner was amazingly interesting and thorough.  Susan’s knowledge of the museum, the local history, and the architecture of the house made the tour exceptional.

Anyone who is interested in Westchester Township history should strongly consider visiting the museum.  The opportunity to have a tour is also highly recommended. If you would like to visit the Westchester Township History Museum it is located at 700 W. Porter Ave, Chesterton, IN 46304. The hours of operation are Wednesday through Sunday from 1:00 to 5:00 p.m. Admission is free of charge and they are closed Monday and Tuesday. You can contact them at 219-983-9715.