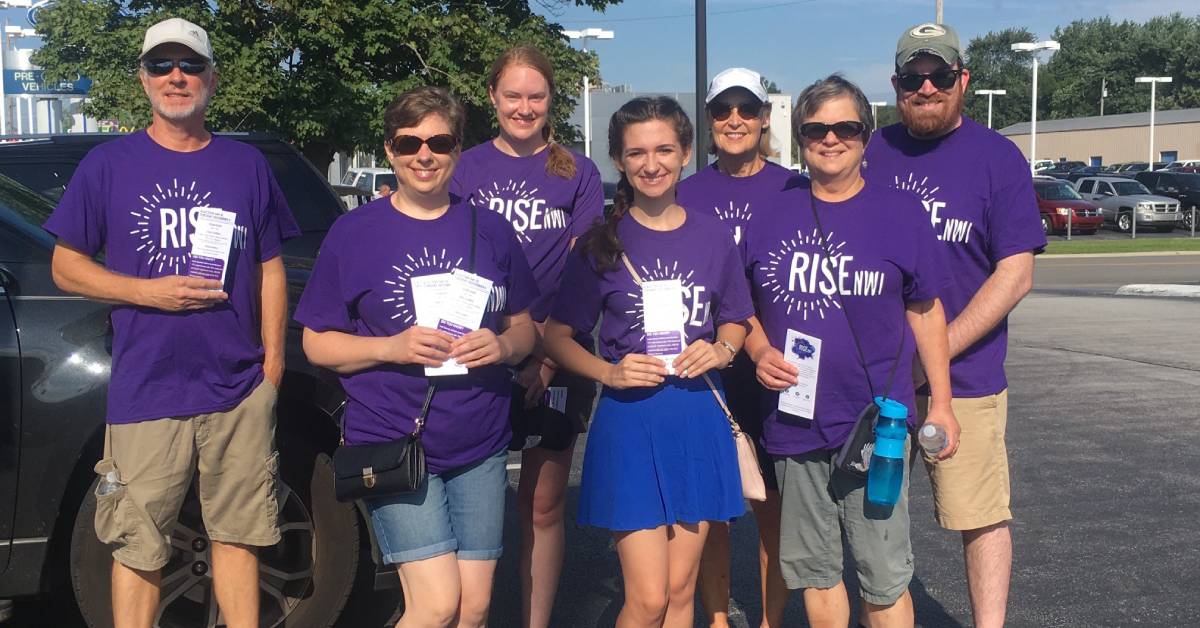 Rise NWI is an important nonprofit, nonpartisan organization in Northwest Indiana that focuses on civic engagement. Their mission statement states, “RiseNWI empowers local citizens to be strong advocates for improved quality of life in Northwest Indiana. We provide the training, resources, and networks necessary to equip all citizens to be active participants in their communities.”

“In early 2017, Ryan Strode and I came together to form a series of workshops on civic engagement for residents in the Northwest Indiana region,” said Sarah Ferraro, founder of RiseNWI. “The ideas and need for the content came from the rising level of engagement, people asking questions, and need to demystify local government aspects in the Region.”

Ferraro and Strode designed a series of workshops called “Civic Engagement Boot Camp,” the first training for which was held in April, 2017 in Miller.

“Forty-five people showed up to learn about being more civic-minded, engaged, and where to get started through a training about the 2018 political landscape, what each position is responsible for, and how to contact your elected officials, as well as what to consider when interested in running for office,” Ferraro said.

Over the next three months, CEBC held workshops in Miller, Portage, and Schererville to offer citizens opportunities to learn and work with professionals in campaign management and local elected officials in all aspects of building a campaign, voter contact, registering voters, and being heard through written voice by writing to elected officials and letters to the editor. Through this period of time, CEBC had trained over 150 residents through the series of free workshops.

Strode and Ferraro began writing a grant to seek funding to continue their efforts. In late 2017, CEBC became RiseNWI when the grant was in place and approved to be housed through the Legacy Foundation and funded by the Knight Foundation. The name change led to building another series of workshops in the late fall called “Local Elections Matter,” where guest speakers from the Lake County Elections board held workshops about getting involved and filing to run for office.

RiseNWI was a hit with former State Rep and Lieutenant Governor candidate Christina Hale as keynote speaker on "Finding Your Why: Running for Office."

Helping people become active citizens is one of Ferraro’s favorite aspects of working with RiseNWI.

“Our ideas truly come from the people who attend, and I am proud that RiseNWI offers opportunities for all ages and all levels. Seeing people who have attended a workshop take off in their own way by running for office or writing a letter to the editor is a great source of pride,” she said. “I truly believe that RiseNWI has only hit the tip of the iceberg in what we can offer with civic engagement in Lake County and beyond!”

Ferraro is looking toward the future of RiseNWI.

“I am excited about the programs RiseNWI continues to design for residents’ needs. RiseNWI has offered workshops at branches of the Lake County Public Library, and we continue to build partnerships and offer refined engagement tools for unique communities around Lake County,” she said.

If your organization would like more information about the tools RiseNWI provides, please reach out to Community Engagement coordinator, Maranda Fishback (maranda@risenwi.org) to get started.

RiseNWI helps people know about who is on the ballot by using vote411.org, and anyone in Lake County can use that resource to help research who to vote for on the ballot. They also host events, such as letter to the editor training, canvassing training, and more, and they attend parades to hand out flyers. Such events are important because they promote civic engagement, inform the public, and encourage people to vote.

RiseNWI is an important nonprofit and nonpartisan organization in Northwest Indiana. Their goal is to make the public more aware and more active in local government by encouraging more people to vote, ensuring that we all have a say in who our elected officials are.