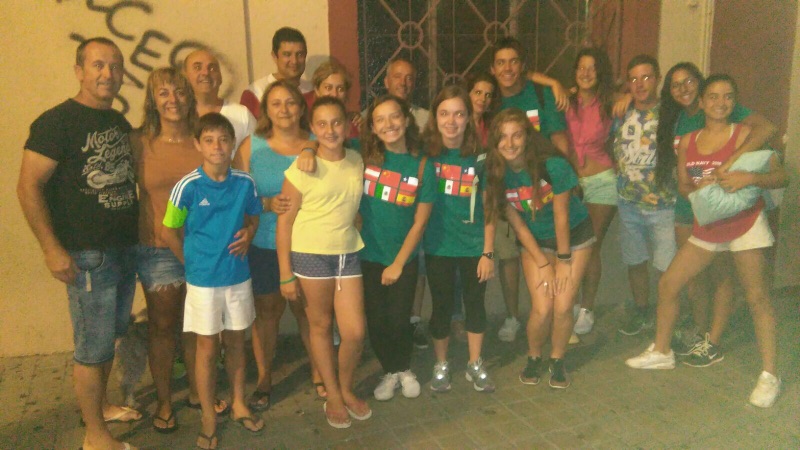 Back in February, Kai Watkins was given the chance to spend six weeks studying in Spain in the summer. After much anxiety and nerves, Watkins decided to make the trip. Although he has studied Spanish for his entire high school career, Watkins was still having nerves going to a country where that was the main language. The host family Watkins spent the summer with did not speak English at all and he was more often than not surrounded by people who spoke Spanish.

“The scariest part about going to Spain was my lack of confidence in my knowledge of the language,” Watkins said. “I felt like I was going to get there and not have a clue what people were people were saying and for the first week, that’s how it was.”

Although the first week was filled with anxiety, Watkins’ trip began to turn around and he now considers his trip to Spain the best week of his life.

“The support from my host family and my classmates made it easier to cope because although there was a language barrier, everyone did their best to support me.”

Each day, Watkins would wake up and go to school. The difference was, instead of learning things that he would learn at Portage, his education focused on Spanish linguistics, grammar, literature and culture. During this time, Watkins was able to talk to other exchange students and share their experiences.

After school, all the foreign exchange students were able to have leisure time with their host families. Watkins spent most of his leisure time practicing for a play the students put on at the end of the trip or swimming at the public pool. After hours of swimming and fun, Watkins would return home with his host family where they would all sit down for dinner at midnight each day. 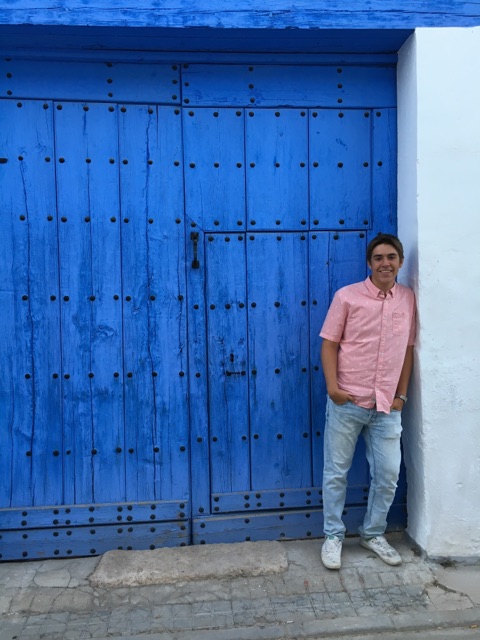 While so much of his experiences were unlike things he had experienced in the past, Watkins believes the greatest cultural difference was not in the food they ate or the music they listened to, but the way people treated one another.

“The most surprising difference betweens cultures was their openness and willingness to talk about everything with just about anyone,” Watkins said. “All of my [host] brothers’ friends were really excited to talk me about American culture and they knew a lot more than we do about the culture in Spain. They weren’t nervous about treating me like a friend.”

Not only were were his host family and friends kind to him, but Watkins said everyone he met on his trip was kind and welcoming to him.

Along with learning and hanging out with his new friends, Watkins spent time exploring and sightseeing. His favorite place was the La Alhambra in Granada, which is an Arabic fortress. Aside from language, the largest adjustment for Watkins was the cuisine.

“All they eat is bread and ham,” Watkins said while laughing. “I’m not a picky eater and I tried whatever, but the thing that was eaten the most was totally bread. It’s weird because everyone is still so skinny.”

Although Watkins tried all the cuisine, fellow exchange student Angelica Lopez had trouble trying anything. This resulted in everyone singing lyrics to a popular Spanish song titled, Picky by Joey Montana. 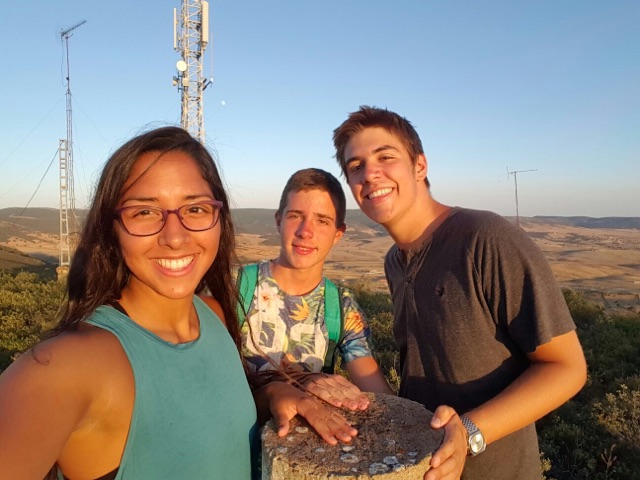 Watkins enjoyed his summer in Spain and had a difficult time coming back to America. He struggled with getting back into speaking English and mostly struggled with missing his new friends and family.

“I missed my family in America so much when I was in Spain, but I was not expecting to miss my Spanish family so much when I returned home,” Watkins said. “Luckily, I still talk to my brother and my friends so they don’t seem so far away.”

This upcoming school year, Watkins will be taking AP Spanish Language and Culture, and he is hoping that his experiences will help him score a five on his AP Exam and help him earn an A in the class. He is excited to learn more Spanish in class, but mostly has dreams to return to Spain.

“I really miss my friends and family,” Watkins said. “I am already planning on returning next summer.”

Watkins not only loved the time he was able to spend in Spain, but was also happy that his family supported his trip.

“It was a great amount of money and I know it was hard for my parents to send me to another country for so long, but I’m lucky to have a support system like I do to give me the chance to do something as crazy as spend six weeks in Spain,” Watkins said. “Honestly Spain was the best experience of my life and I cannot express how excited I still am that I was able to experience it the way I did.”