Student in the Spotlight 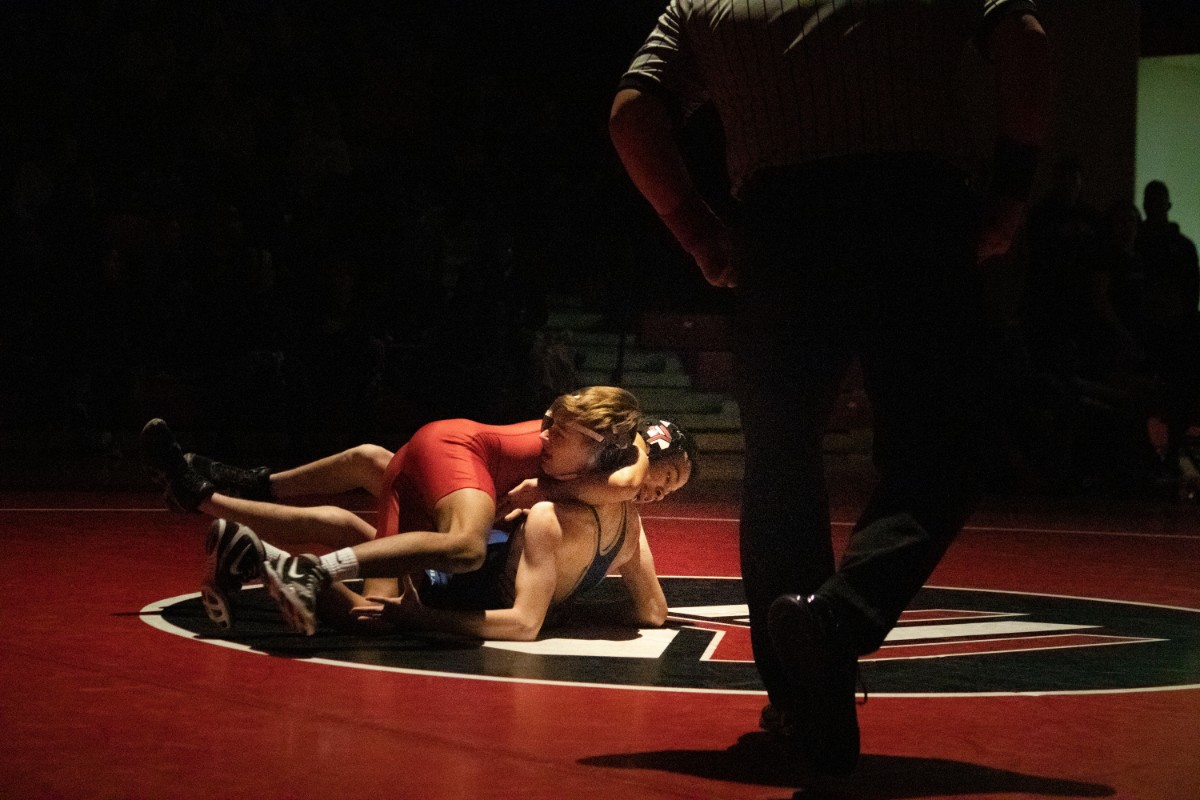 When most people think of Portage Wrestling, the first word that comes to mind is success. Senior Jacob Moran has kept the successful tradition of prestigious high school wrestling alive. Having wrestled since he was 4 years old, Moran has accumulated great success.

“So far, my biggest accomplishment is becoming a high school National Champion in March of last year,” Moran said.

Jacob dominates the wrestling mat just as much as he does the classroom. In May he will be leaving Portage High School with a 4.348 grade point average. He has received scholarship offers from highly-ranked colleges all over the country, such as Stanford, Arizona State, Northwestern, and Purdue, but has decided to stay in Indiana and attend Indiana University in the fall. There he plans on earning a master’s degree in five years.

“Indiana was just the perfect fit. The campus is beautiful, location could not get any better, and the team is on the rise. I believe in what Coach Escobedo is building and cannot wait to be a part of the team.”

He hopes to become an NCAA All-American and a NCAA National Champion after high school.

With the state finals in February, Moran hopes to secure another state championship and then win a national title again.

Staff in the Spotlight 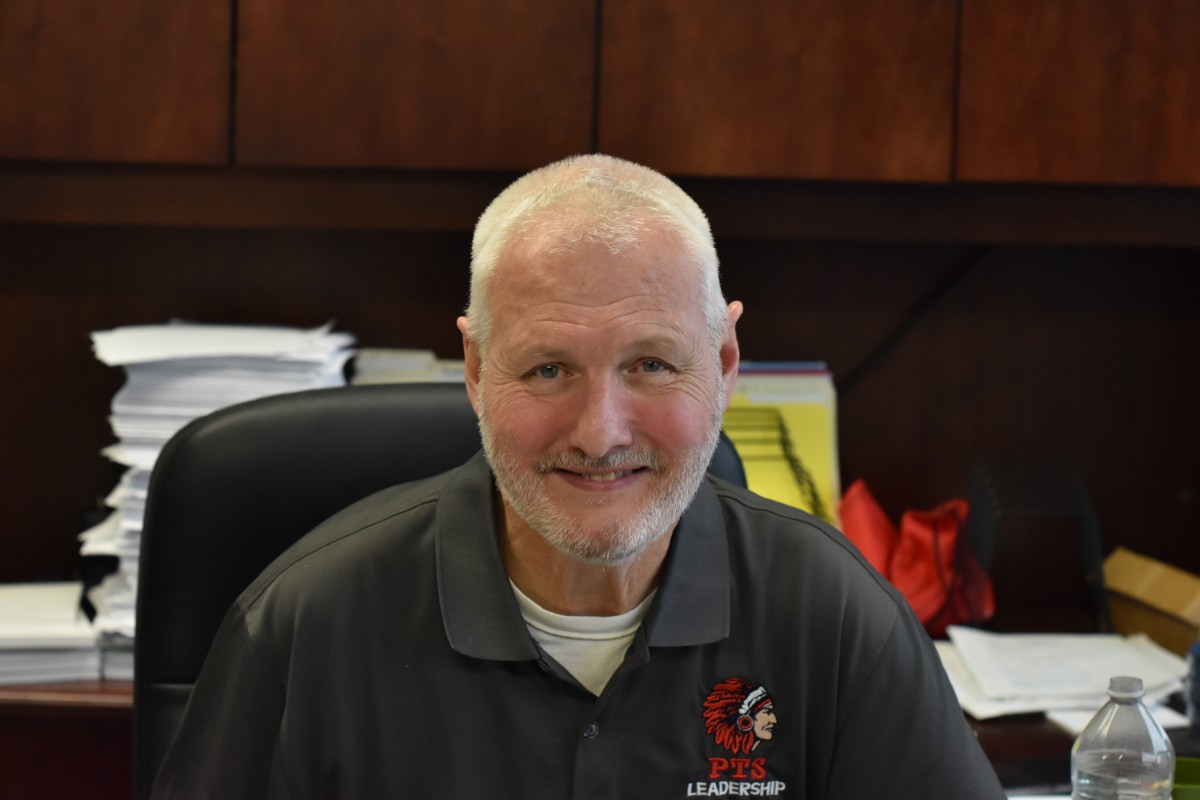 Portage High School is known for its superb teachers, administrators, janitors, coaches, and many other contributors.

Max Gill has been an educator for many years, first starting his career in the Merrillville school system. There, Gill fell in love with teaching. He moved from Merrillville to the Portage school system in 2012, where he started at Fegely Middle School. In 2013, he became an Assistant Principal at Portage High School, before becoming head Principal at PHS in 2015.

“I always wanted to be a teacher. I worked in the business world for 25 years. I then began my career as an educator, teaching fifth graders at Merrillville,” said Gill.

It’s clear that Gill takes great pride in his students and loves learning from the students.

Currently, he is taking sick leave because of ALS. Many students believe that Gill is the best principal they have ever known. He inspired many people and guided many students on track to graduate. His passion for students is second to none and he believes in every student who walks the halls of Portage High School.

“My Mom and Dad always instilled honesty and integrity,” Gill said. “Always do your best.”

Max Gill always entered Portage High School with a smile and greeted every student he saw. Portage will continue its success because of the values and beliefs that Mr. Gill imprinted on the region.

What’s Going on at PHS? 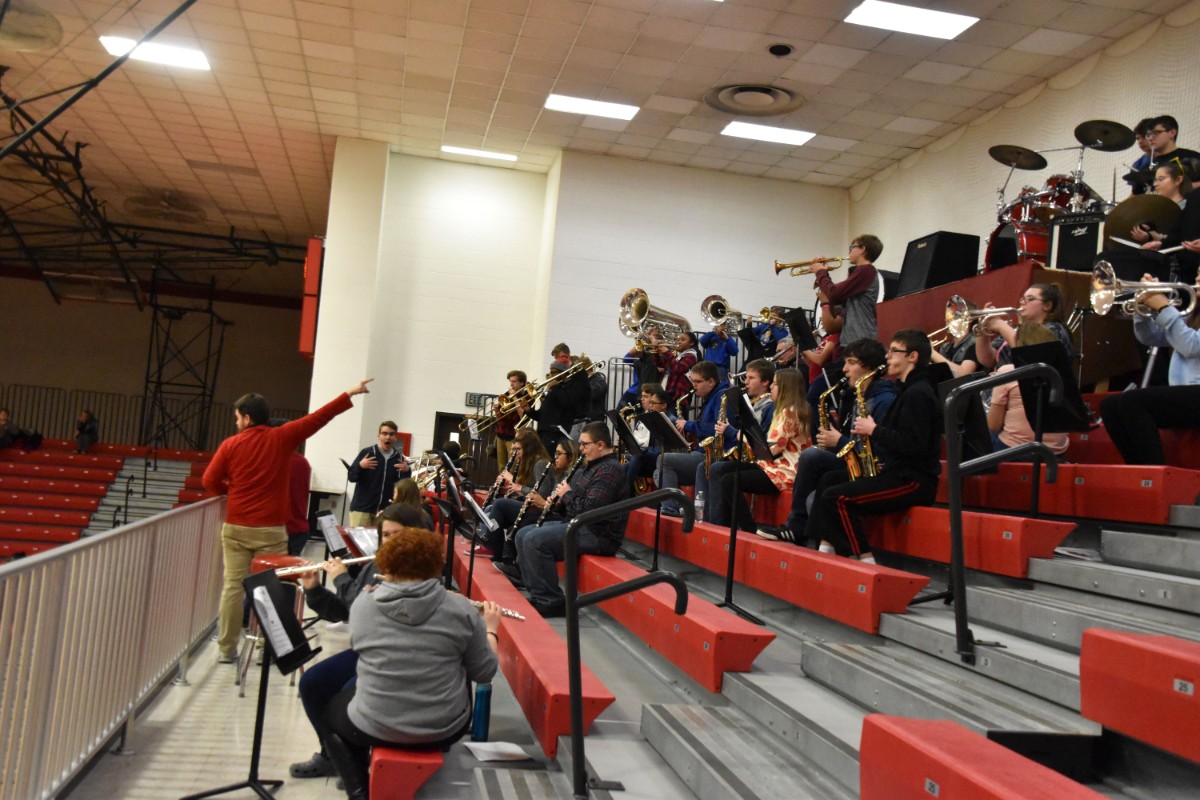 The region is home to many prestigious basketball programs and gyms. Portage High School creates a basketball atmosphere unlike any other in the Region alongside their Big Red Basketball Band. The band plays loudly from the top bleachers every home game to support the boys’ and girls’ teams. Many people recognize their efforts and some people believe that they are the best band in the state. They play familiar titles which promote the crowds to sing along.

Victor Ramirez, a junior at PHS, said his favorite part of being involved in the band is the atmosphere they provide for the basketball teams.

“Not only is it fun being the musician playing, making the atmosphere, but it’s the same for the fans on either team enjoying it,” Ramirez said. “Although playing music is a passion for most of us, being able to support other activities at PHS is the best part.”

The BRBB hosts themed nights, too, such as Middle School Night. Eighth graders from both Willowcreek and Fegely attend and are then invited back to every game. The integration of the middle school inspires them to continue music into high school.

The Band is led by Mr. Drew Rhoda and Mr. Bill Timmerman; both are music teachers at PHS. 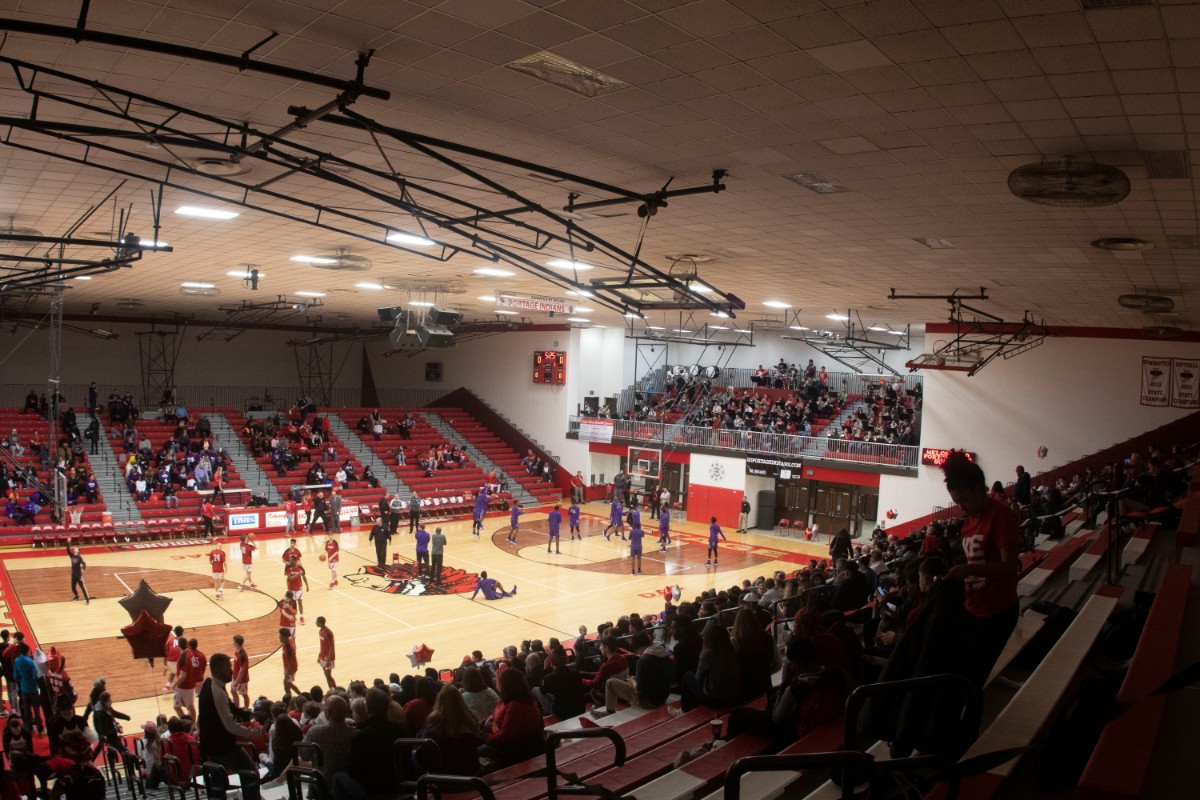 Portage will be the host of their basketball sectional in February. The Indians will host Region teams that include Chesterton, Hobart, Kankakee Valley, Merrillville, Michigan City, and Valparaiso.

Portage hopes to compete well in the tournament with the help and support of the Big Red Basketball Band and their motivated student section. Find game dates, scores, and more at portageindians.com. ( https://goportageindians.com/). Go PHS!