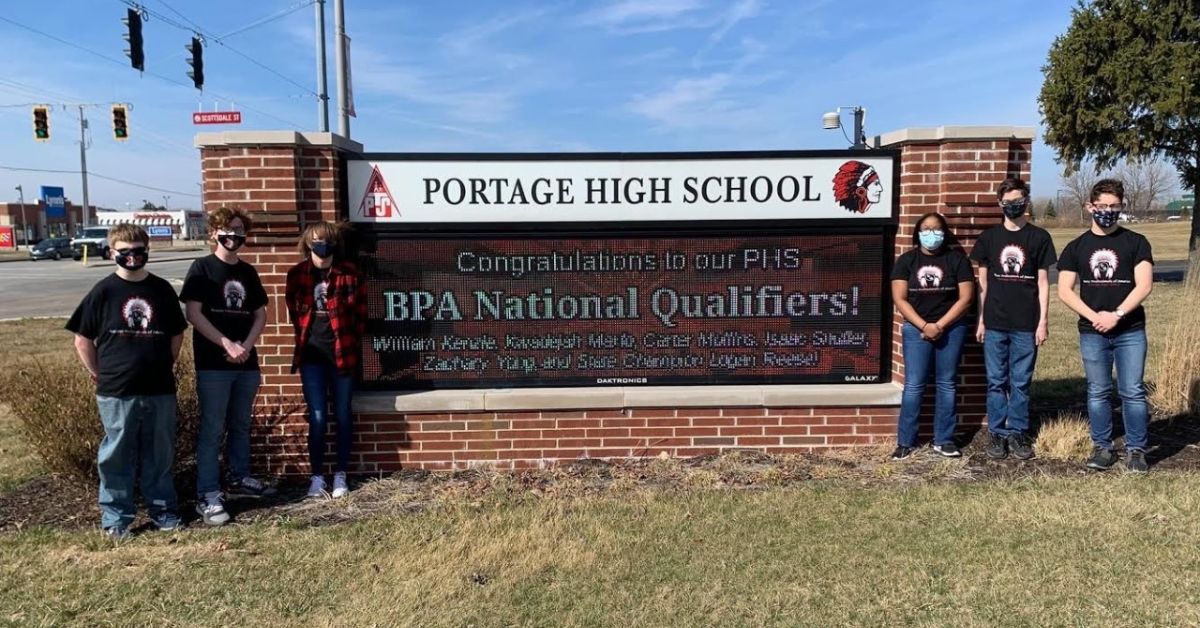 Gymnasts conclude their season with a 5-5 record

Conrad made her State debut on floor, posting a 9.0, after unfortunately watching her teammate Barcelli injure herself in the touch time before the event. Nevertheless, Conrad pulled through and performed a beautiful floor routine and finished in 24th place.

Her second time at State, Peele competed on beam and posted a 9.225, finishing in 12th place. The gymnastics team concluded their season with a 5-5 record, placing fourth at conference and sectionals.

Portage High School’s robotics team, Porta-Botz, competed at the state championship virtual tournament on March 6. In the end, the teams walked away with a 15th place finish and the Indiana’s Judges award, which is one of six special state awards. While the season was shorter with fewer competitions, the Porta-Botz team still managed to improve upon its skills and adapt to new environments.

After winning their first match, the Portage High School Quiz Bowl team fell short to Carmel High School. They rebounded and won against Rensselaer High School, who had beaten them on tiebreakers during the area competition, but then were eliminated in round five. Ultimately, the team tied with Greenfield-Central High School for the 7th place spot.

Portage High School will hold a celebration ceremony on April 15 to honor students who are academically ranked in the top 30 of their graduating class. Additionally, educators who inspired these students will be honored as well.